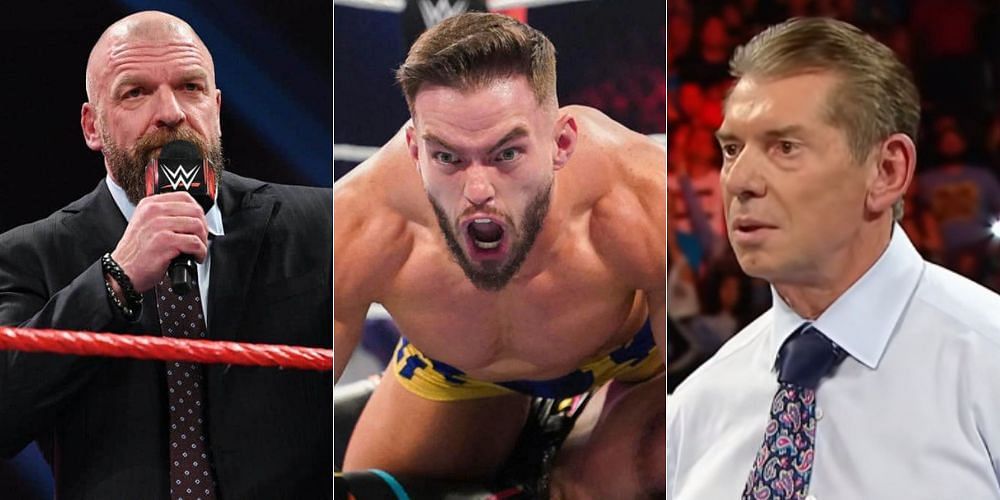 The RAW star was portrayed as Vince McMahon’s protégé and was in the midst of a big push before the latter’s retirement. After The Game became head of creative, Theory’s run on the red brand diminished significantly. He recently cashed in his Money In The Bank contract on Seth Rollins for the United States Title in a losing effort.

On the latest episode of Jim Cornette’s Drive-Thru, the WWE veteran was asked whether Triple H had booked Austin Theory horribly on purpose to get back at Vince McMahon for ruining his NXT guys:

“I don’t believe that Triple H would not only sacrifice business or talent if he believed in them or in any way f**k around like that just so Vince would be miserable when he watched the show, no. I think for whatever reason either Triple H doesn’t see anything in Theory or doesn’t like him personally or maybe there’s something that we don’t know that he pissed in somebody’s Post Toasties, it hadn’t come to light yet,” said Cornette. (1:47:31-1:49:18)

In case you missed it, you can check out the RAW results here.

The former wrestling manager is a big fan of Theory’s work, and he believes that the latter has what it takes to be a main event star in WWE.

Jim Cornette thinks that maybe Triple H doesn’t see anything in Austin Theory, and questions whether the 25-year-old has heat with someone in the office:

“There’s sometimes you just don’t see something in talent even though everybody else does. And maybe is that this, I don’t f*****g know, but I don’t know how you can overlook this. Or has he really ticked somebody off, did he start getting a big head when he was Vince’s [protégé]? Was he hard with the office to deal with? I don’t know, grasping at straws here.” (1:50:06-1:50:32)

Austin Theory joins the likes of John Cena, Braun Strowman, and Baron Corbin on the list of people who unsuccessfully cashed in their Money in the Bank contact. He’s the first Superstar, however, to cash in for the United States Championship.

If you use any quotes from this article, please credit Jim Cornette’s Drive Thru and give a H/T to Sportskeeda for the transcription.

What are your thoughts on Austin Theory’s run in WWE? Sound off in the comments below!

YOU could be the NEXT FACE of Sportskeeda Wrestling. Click on the link to find out how! https://sportskeeda.typeform.com/to/BR2mN5bd