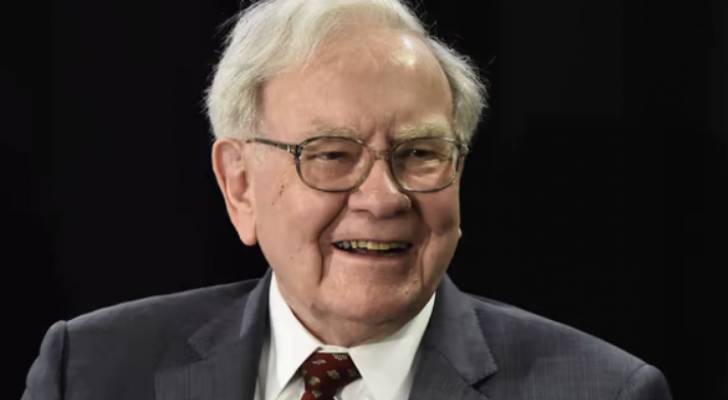 Despite its recent pullback, bitcoin has soared by more than 120% over the past five years. But while the world’s largest crypto coin has clearly hit the mainstream, one prominent investor remains critical of the opportunity: Warren Buffett.

At the Berkshire Hathaway annual shareholders meeting this year, Buffett said that while he doesn’t know whether bitcoin will go up or down going forward, he’s pretty sure that “it doesn’t produce anything.”

And that’s why the Oracle of Omaha doesn’t own the asset.

“If you told me you own all of the bitcoin in the world and you offered it to me for $25, I wouldn’t take it because what would I do with it?” he asks. “I’d have to sell it back to you one way or another. It isn’t going to do anything.”

To put that in perspective, bitcoin was trading at around $38,000 a piece when Buffett made those comments. Now, the cryptocurrency has fallen to $17,300.

While criticizing bitcoin, Buffett touched on two assets that he would buy if given the opportunity.

Agriculture and bitcoin don’t have much in common. Bitcoin was created in 2009 while agricultural communities began to form about 10,000 years ago.

Buffett isn’t known for being an agricultural investor, but he sees value in an asset class that’s critical to the sector — farmland. His point is if you buy farmland, you hold a tangible asset that produces food.

“If you said, for a 1% interest in all the farmland in the United States, pay our group $25 billion, I’ll write you a check this afternoon,” Buffett says.

Of course, you don’t need to have $25 billion to invest in U.S. farmland. Publicly traded real estate investment trusts — that specialize in owning farms — allow you to do it with as little money as you’re willing to spend.

Read more: Grow your hard-earned cash without the shaky stock market with these 3 easy alternatives

Then there’s Farmland Partners (FPI), a REIT with a farmland portfolio of 190,000 acres and an annual dividend yield of 1.8%.

Plus, online crowdfunding platforms allow you to buy pieces of real estate, including farmland.

With inflation running hot, the prices of agricultural commodities including corn and soybeans are soaring to new highs.

Apartment buildings are another asset that Buffett wouldn’t mind owning at the right price.

“[If] you offer me 1% of all the apartment houses in the country and you want another $25 billion, I’ll write you a check. It’s very simple,” the legendary investor says.

Whether the economy is booming or in a recession, people need a place to live. And with real estate prices rising to unaffordable levels in many parts of the country, renting has become the only option for many people.

You can always buy an apartment building yourself, find tenants and collect the monthly rent checks. Of course, apartment-focused REITs can do that for you.

For instance, Camden Property Trust (CPT) owns, manages, develops and acquires multifamily apartment communities. It has investments in 171 properties containing 58,433 apartment units across the U.S. and offers an annual dividend yield of 3.3%.

Buffett prefers farmland and apartment buildings to bitcoin for a very simple reason: They produce something.

Bitcoin boasts exciting long-term upside potential. But for risk-averse investors who’d like to sidestep as much volatility as possible, sticking to productive assets is a prudent idea.

What to read next

This article provides information only and should not be construed as advice. It is provided without warranty of any kind.