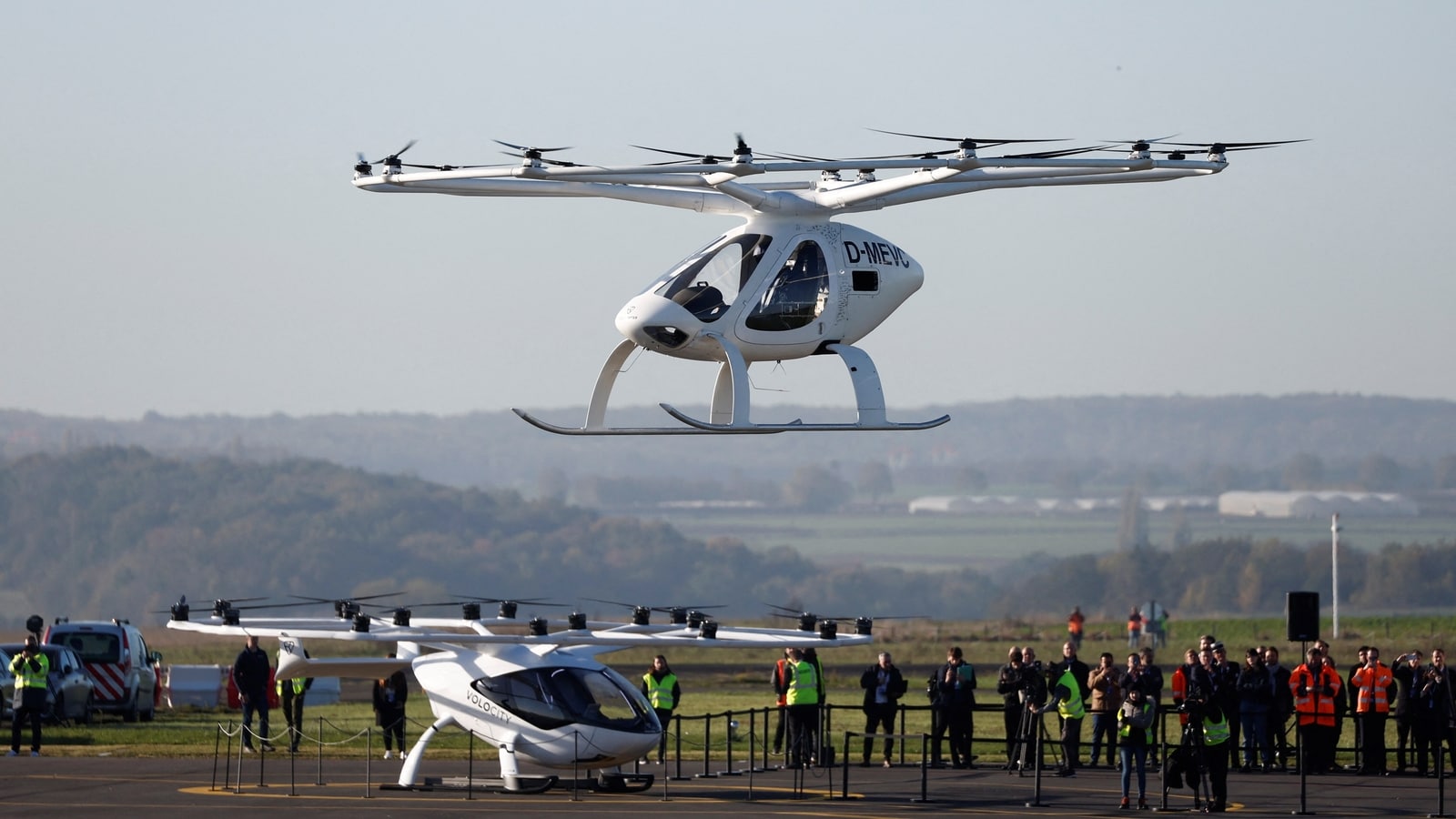 An electric helicopter with multiple rotors took its first flight in conventional air traffic near Paris on Thursday as it prepares for commercial flights from 2024.

The Volocopter test aircraft, which resembles a large drone with eight rotors, took off with a passenger on board from the Pontoise-Cormeilles airfield outside Paris and briefly circled around while other aircraft were in the vicinity.

German company Volocopter CEO Dirk Hoke said that in the next 18 months it will prepare its craft for certification and said he hopes to launch short commercial flights by 2024, when Paris holds the Summer Olympic Games.

The company wants its two-seater aircraft to eventually take to the skies fully automated, with only passengers aboard, but admits that a lot of work was still needed in terms of infrastructure, airspace integration and public acceptance.

Test pilot Paul Stone said that the craft’s digital fly-by-wire system and multiple rotors make it much easier to fly than a traditional helicopter.

“In a helicopter, when you move one control, three things happen, and it’s like patting your head and rubbing your tummy – it’s a coordination exercise. In this aircraft, they take away all that difficulty, and it’s very simple controls in each axis, that’s what makes it easier to fly,” he said.

Valérie Pecresse, president of the Ile-de-France region around Paris, said the region had provided financial support for the initiative as she wants the first passenger flight in a vertical takeoff and landing aircraft to take place here.

“The development of low-altitude aviation for urban air mobility is an adventure full of promises,” she said in a statement.

Volocopter is in a costly race with companies around the world, including Lilium, Joby Aviation and Airbus to have the first flying taxi certified by regulators. It is aiming to achieve this in around two years.