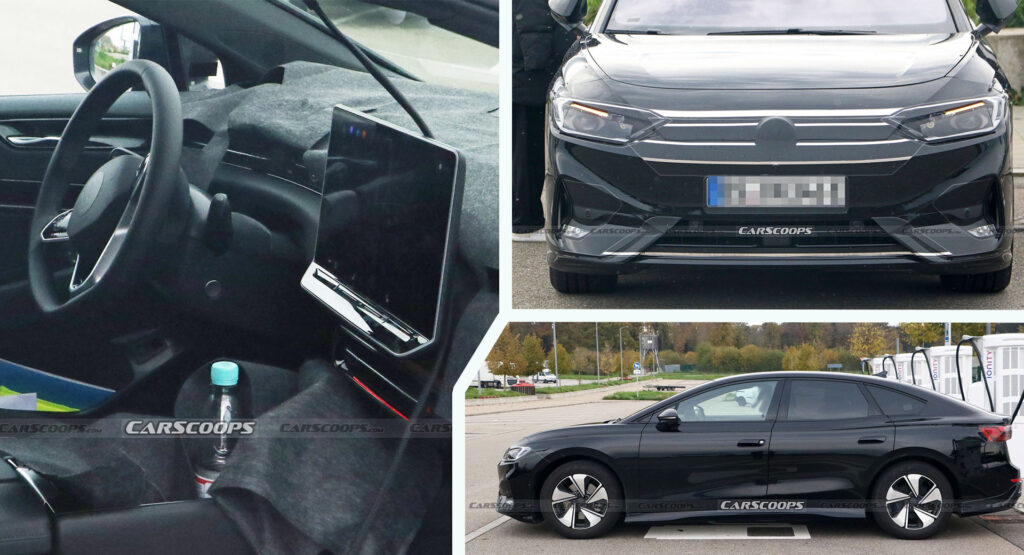 Volkswagen is taking on the Tesla Model 3 with its new ID.7, a production version of the ID. Aero concept, and the first sedan in the ID. family.

But it’s not just the body shape that’s different about the ID.7. The infotainment screen also looks very different from what we’ve seen on other mainstream VW and ID.-branded cars before.

While most automakers have moved towards portrait media screens, Tesla, which popularized the portrait format on cars like the Model S and Model X, has moved towards a landscape-oriented display that will become increasingly useful in coming years when cars’ autonomous capabilities allow us to (legally) watch the latest movies on the move.

But unless we’re being hoodwinked by the angle of these spy shots, Volkswagen appears to favor a square screen format that looks like it was configured for people who like to stream 1980s TV shows in their original 4:3 ratio. Joking aside, that extra digital real estate should prove useful. The screens currently used in cars like the ID.4 and MK8 Golf are simply too small to cope with all the information they’re able to display.

Although the rest of this prototype’s interior is covered in disguise we can see enough of the dashboard underneath to see that it’s going to look just like the ID. Aero concept’s cabin. Instead of the small rectangular digital pack fitted just behind the steering wheel on cars like the ID.4, the 7’s instrument display is integrated into the curving dashboard, a bit like what Honda did with the early 1990s Prelude coupe. It’s no coincidence that the final minimalist look will bear more than a passing resemblance to a Tesla Model 3’s cabin.

Unfortunately, the ageing Model 3 still has the ID.7 licked for visual appeal, at least judging by these images of the still-secret VW on its puny stock wheels. The curvy front and rear fenders are crying out for some big rims to fill those arches, and though your VW dealer will be happy to oblige, they’ll inevitably hurt your electric range. In its defense, this test car’s front and rear are covered in disguise designed to obscure headlights and a narrow grille panel that will look much cooler when the final car is released, again closely echoing the style of the ID. Aero concept. 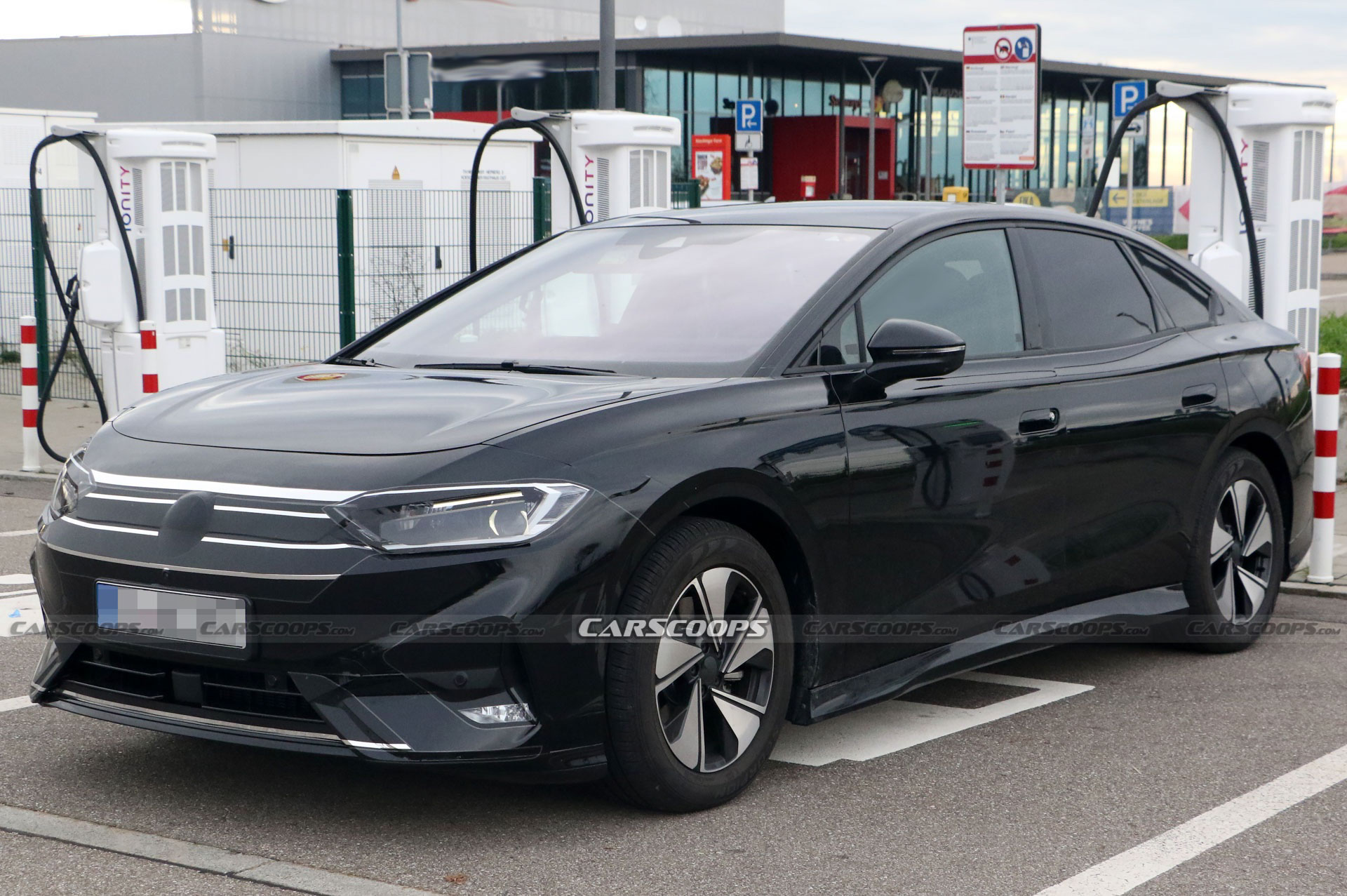 Sales are scheduled to begin in 2023, but it’s possible that Volkswagen might reveal the ID.7 before the end of this year. Would you buy one over a Tesla Model 3?