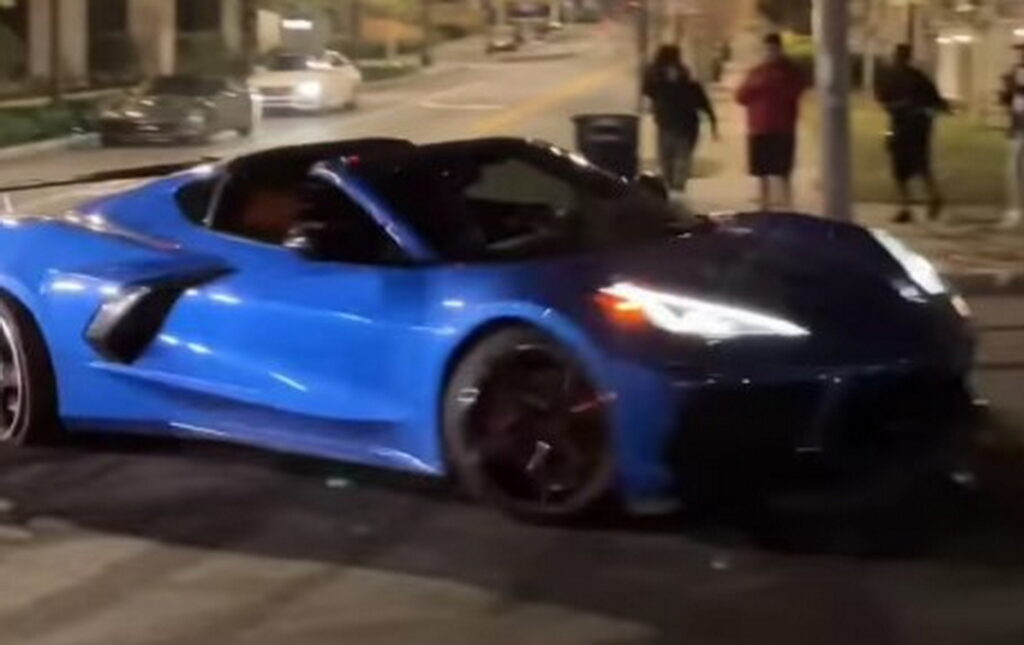 The C8 Chevrolet Corvette is a near supercar by all accounts. Its nearly 500-hp (372 kW) V8 and mid-engine configuration give it almost scalpel-like precision. But an idiot with a scalpel can do a lot of damage and that’s exactly what happens to this Corvette when one driver tries, and fails, at doing a donut in the middle of a public intersection.

First posted on Instagram by the account iamtailboogie, the short but hilarious film starts with a Rapid Blue colored Corvette convertible in the middle of an intersection. That intersection, it should be noted, is full of rubber marks from other automotive shenanigans it would seem. Things don’t look great from the start in the Chevrolet though.

The car is totally stopped, almost as if it’s waiting for the filming of its demise to begin. The driver cranks the steering wheel hard left, mashes the gas, and a moment later the rear passenger wheel and tire make hard contact with the curb. The driver immediately lets off of the throttle and almost coasts down the road. Of course, as they do, the impacted wheel looks like it’s engaged in ‘Crabwalk’ mode from the GMC Hummer.

It’s impossible to tell from the video but it wouldn’t be surprising at all if this snapped a control arm, broke a mounting point, or potentially did even more damage. It’s a sad thing to see such a good car handled so unskillfully. Sadly, the practice is all too common.

Let’s be clear that while this is kind of a funny video, things could’ve been much worse for everyone involved. The Corvette driver nearly hits a person standing on the curb. Even if that person hadn’t been standing there, the car narrowly misses a light pole too. Had they actually managed to avoid the curb who knows how they would’ve handled even more power and sliding?

The lesson is quite clear. If you want to hoon around in your car, even if it’s not a Corvette, do it somewhere that’s safe, and free from objects, like people and curbs, that you don’t want your car to hit. 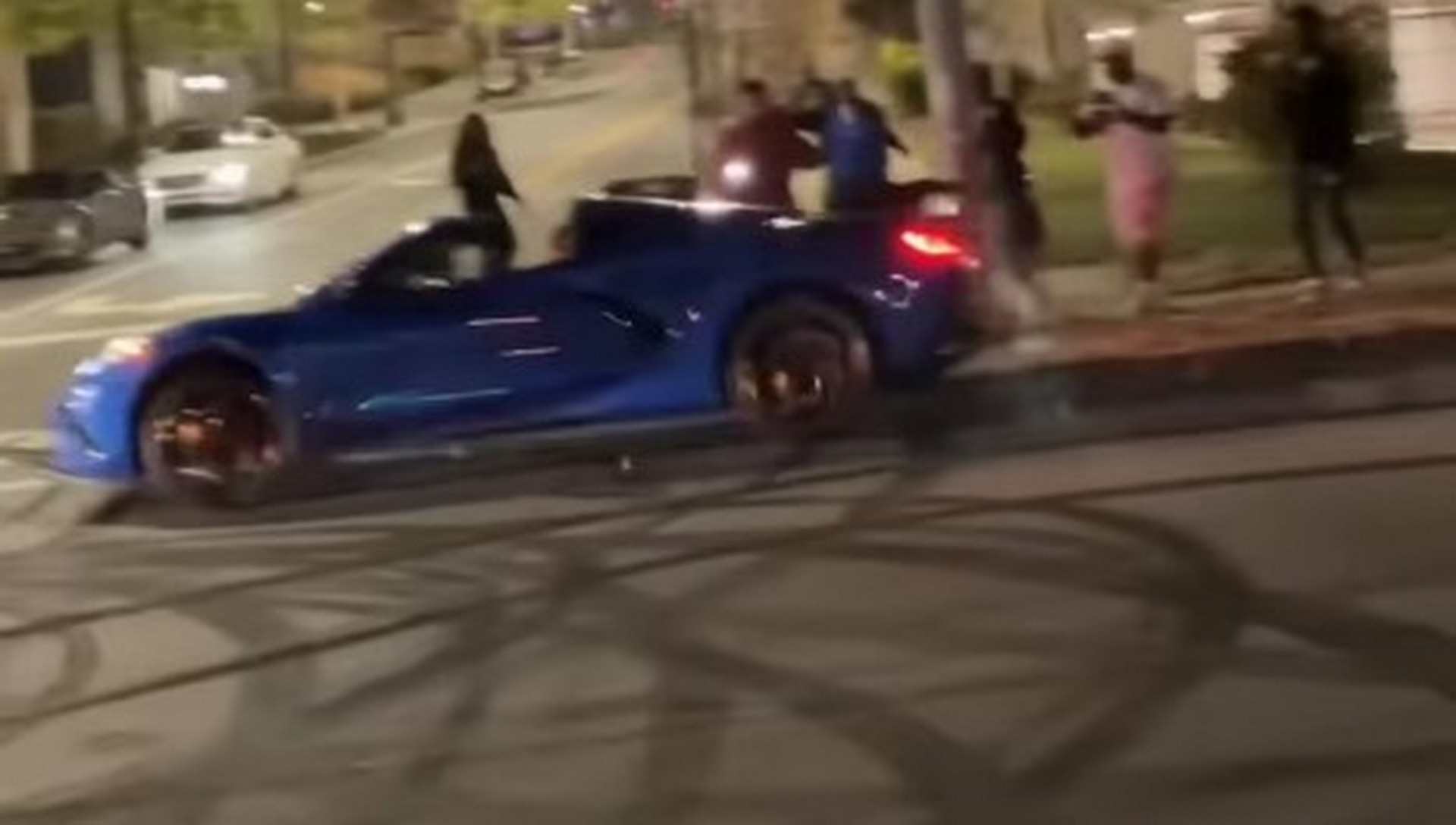