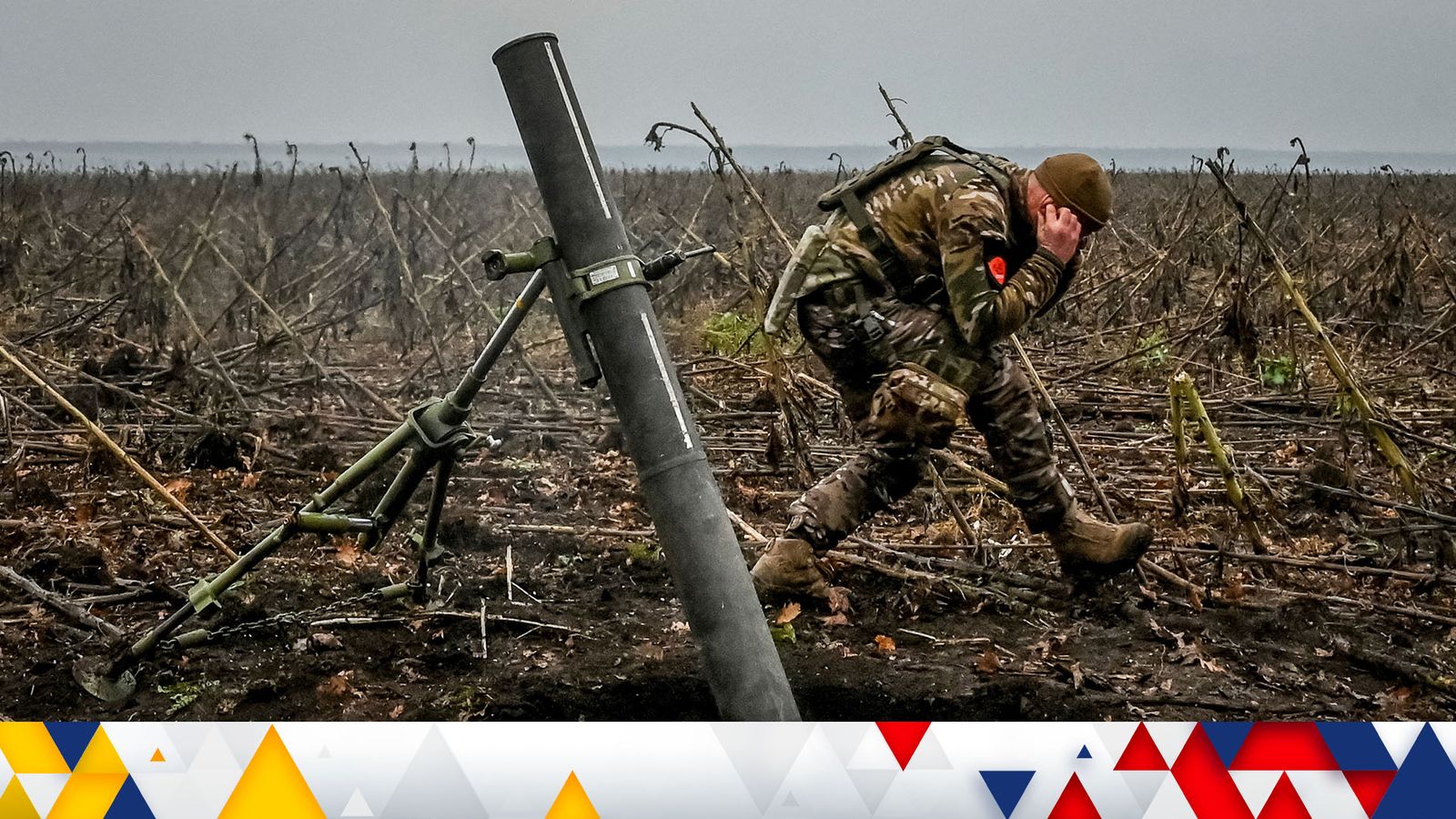 Ukrainian forces could be back in Crimea by the end of December and the entire war with Russia will be over by the spring, a Ukrainian deputy defence minister has predicted.

Volodymyr Havrylov, a retired major general, said his country would never stop fighting until victory and had even factored in the potential of a Russian nuclear strike.

The minister, in an interview with Sky News, said he believed the probability of an atomic attack by Russia to be low, but said: “Yeah, it would be drama.

“For everybody it will be just – God knows what scenario – but it [a tactical nuclear strike] is not [a] threat which will stop us from… continuing our war.”

In terms of the prospect for peace talks with the Kremlin, Mr Havrylov said they would only happen once Russian troops are ready to leave every inch of Ukraine, including the Crimean peninsula that President Vladimir Putin seized in 2014 and swathes of the east of Ukraine that have been held by Russian-backed separatists for the past eight years.

“There is a decision inside the society in Ukraine that we are going up to the end,” he said in London during a trip to the UK this week.

“It doesn’t matter what kind of scenario is on the table.

“People paid a lot of blood, a lot of efforts to what we have already achieved.

“And everybody knows that any delay or frozen conflict is only the continuation of this war against the existence of Ukraine as a nation.”

Ukraine’s troops, backed by Western weapons, achieved a hugely significant win earlier this month with the recapture of the southern city of Kherson, forcing Russian troops to retreat back to the eastern side of the Dnipro River.

It had been the only regional capital taken by Russia.

Asked if the success made other goals feel more likely, such as retaking Crimea, Mr Havrylov said: “It’s only a matter of time and, of course, we would like to make it sooner than later.”

He said this could be helped by what is known as a “black swan” event – something unpredictable – happening in Russia, such as the sudden collapse of the Putin regime.

“I think Russia can face a black swan in their country, inside Russia and it can contribute to the success of us with Crimea,” the minister said, speaking in fluent English.

There was “also a military option as well with some kind of combination of forces, resources and something else”.

“We can step in Crimea, for example, by the end of December. Possible, possible. Not excluded that it be so,” he added.

Mr Havrylov believed Ukrainian troops would continue to fight through the winter, exploiting their momentum, despite the harsh conditions, with freezing temperatures and exhaustion.

He said that they did not have a choice because any pause in operations would give the Russian side a greater chance to replenish their stocks and bring in reinforcements.

“They’re interested in just making a pause in this war to regroup, to bring more people from the motherland… that’s the dream.

“That’s why… we have no right to stop. We have to advance,” he said.

As to when the war will end, Mr Havrylov said as a military it was important to be prepared for a long fight if Russia is able to reinforce.

“Of course, in this case, the war will take some time. But my feeling is that by the end of the spring, this war will be over.”