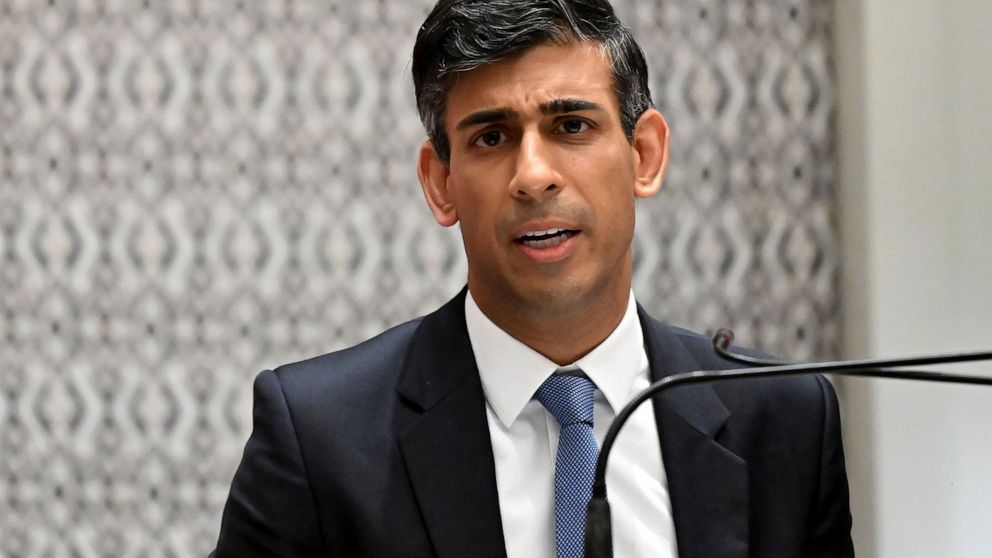 Zelenskyy posted a video of the meeting in Kyiv and said “we discussed the most important issues both for our countries and for global security.”

“Together we are stronger and we will achieve the desired results,” he said on Telegram. His post gave no other details.

The video Zelenskyy posted showed him greeting Sunak at a presidential palace as snowflakes fell and the two men holding talks.

Sunak tweeted: “Britain knows what it means to fight for freedom. We are with you all the way @ZelenskyyUa.”

The U.K. has been one of the staunchest Western supporters of Ukraine’s resistance to Russia’s invasion, giving Kyiv 2.3 billion pounds ($2.7 billion) in military aid.

Former U.K. Prime Minister Boris Johnson, who stepped down in July amid a welter of ethics scandals, won wide praise in Ukraine for his backing.

Sunak is keen to reassure Ukraine’s leaders that there will be no change of stance under his leadership, though when he was U.K. Treasury chief under Johnson he was considered resistant to demands for higher defense spending.

Follow all AP stories about the war in Ukraine at https://apnews.com/hub/russia-ukraine.