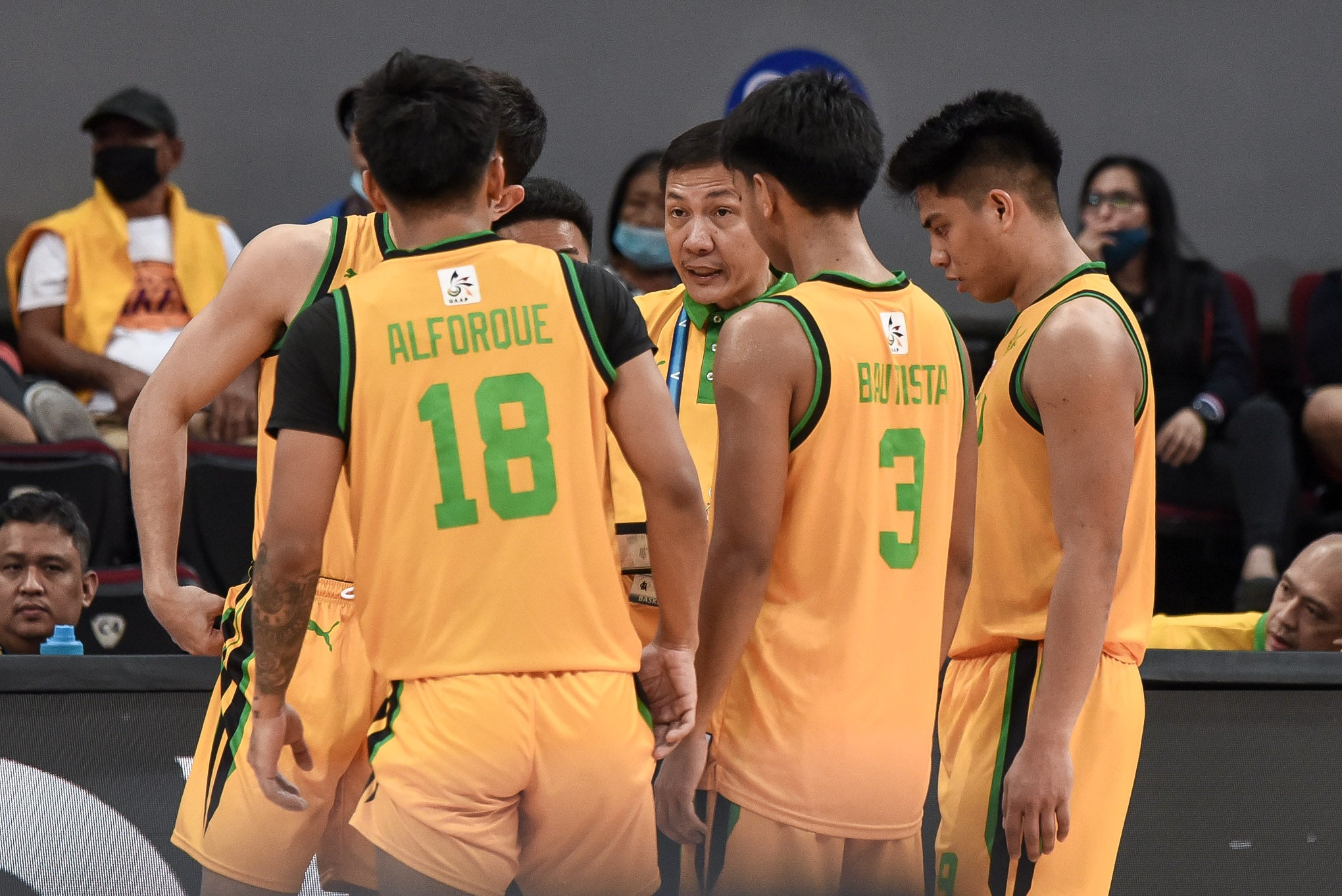 FEU Tamaraws huddle up during a game against the Adamson Falcons. UAAP PHOTO

MANILA, Philippines — Far Eastern University coach Olsen Racela said it has been a “season of inconsistencies” as his team’s streak of Final Four appearances ended following a loss to Adamson on Wednesday in the UAAP Season 85 men’s basketball tournament.

Despite bowing out with a 4-9 record, the older Racela still lauded the effort of his wards, led by Xyrus Torres, L-Jay Gonzales, and Bryan Sajonia, to lift themselves from the school’s worst start in the Final Four era.

FEU opened the season dropping its first five games before winning its next four. But the Tamaraws couldn’t sustain their resurgence as they went on to lose four in a row.

“You can’t take away from them the efforts they put in every game and every fightback. Ang problema sometimes nababaon kami ng masyadong malalim. We’ll learn from this and the coaches and management will take a look and evaluate everything, what went wrong,” he said.

Racela lamented their poor start, missing all their 16 shots in the first quarter and allowing Adamson to score 27 points, eight coming from Jerom Lastimosa, who is playing through a right foot injury.

“Lumalabas na yung litid ko kakasigaw. We get our offense from our defense. We gave them 27 points in the first quarter so it means we didn’t defend. People see our four points but I was looking at their 27 points,” he said. “If we make stops, that’s an opportunity for us to score. That’s what happened to us against Ateneo. We cannot start like that.”

The PBA legend hopes his players learned a lot from a heartbreaking season. Ximone Sandagon is the lone player graduating from FEU, which will still have its core in its bid to redeem itself next year.

But Racela still has his sights on the current season with the Tamaraws still having one game left against a lackluster University of Santo Tomas side on Saturday at Smart Araneta Coliseum.

“Ximone Sandagon is the only senior from our team. Everyone will still play next year. Basically, we’re still intact. But we’ll talk about us getting eliminated after Saturday because right now our is UST,” he said.