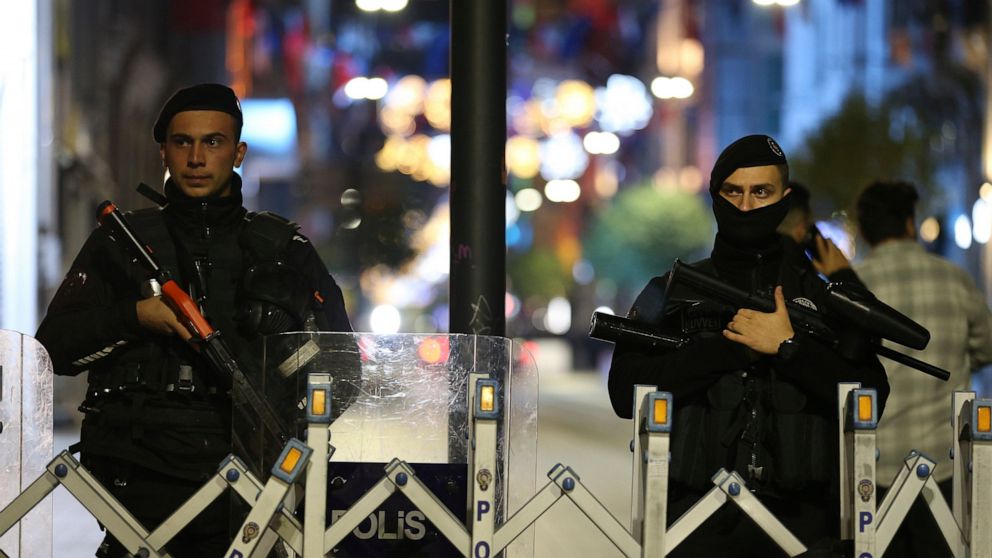 ANKARA, Turkey — Police have arrested a suspect who is believed to have planted the bomb that exploded on a bustling pedestrian avenue in Istanbul, Turkey’s interior minister said Monday, adding that initial findings indicate that Kurdish militants were responsible for the deadly attack.

Six people were killed and several dozen others were wounded in Sunday’s explosion on Istiklal Avenue, a popular thoroughfare lined with shops and restaurants that leads to the iconic Taksim Square.

“A little while ago, the person who left the bomb was detained by our Istanbul Police Department teams,” the Anadolu Agency quoted Interior Minister Suleyman Soylu as saying. He did not identify the suspect but said 21 other people were also detained for questioning.

The minister said evidence obtained pointed to the Kurdistan Workers’ Party, or PKK, and to its Syrian extension, the PYD. He said the attack would be avenged.

“Those who made us go through this pain in Istiklal Avenue will be inflicted much more pain,” Soylu said.

Soylu also blamed the United States, saying a condolence message from the White House was akin to a “killer being first to show up at a crime scene.” Turkey accuses the U.S. of supporting Syrian Kurdish groups.

Soylu said of the 81 people who were hospitalized, 50 were discharged. Five of the wounded were receiving emergency care and two of them were in life-threatening condition, he said.

The PKK has fought an insurgency in Turkey since 1984. The conflict has killed tens of thousands of people since then.

Ankara and Washington consider the PKK a terrorist group but they diverge on the issue of the Syrian Kurdish groups, which have fought against the Islamic State group in Syria.