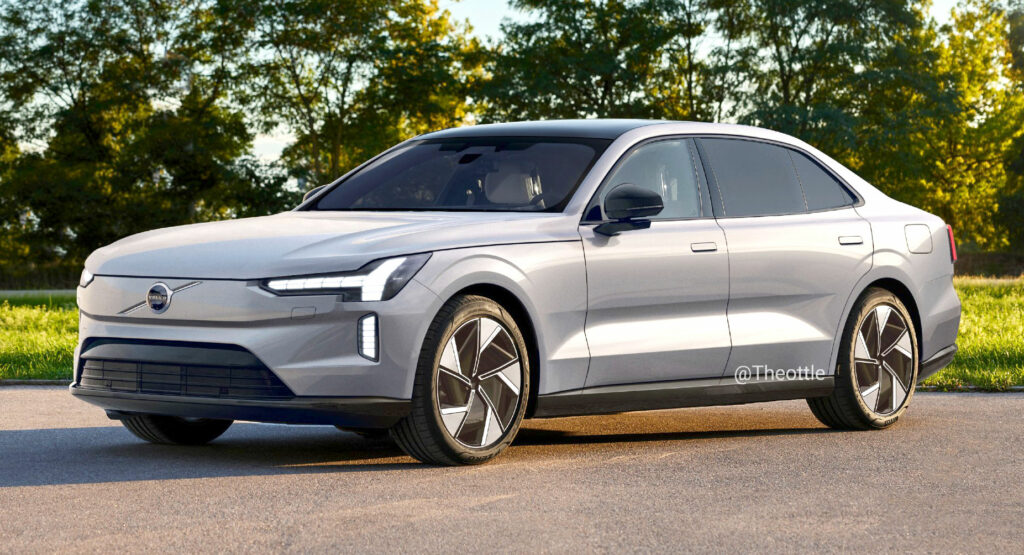 This story contains illustrations of a fictional sedan created by digital artist Theottle who is neither related to nor endorsed by Volvo.

Volvo introduced its new design language with the all-new EX90 flagship SUV, prompting independent digital artist Theottle to create a similarly-styled all-electric sedan that could become a direct rival to the likes of the BMW i7 and the Mercedes-Benz EQS.

Theottle actually based his renderings on the i7, retaining the same proportions but replacing the entire bodywork with parts from the Volvo EX90. The simple lines, clean surfacing, and grille-less look of the fully electric Scandinavian SUV are a great fit for the traditional four-door sedan bodystyle, although we would prefer it if the LED headlights were slightly smaller.

Read: 2024 Volvo EX90 Is A Polestar 3 Electric SUV Dressed For A Court Appearance 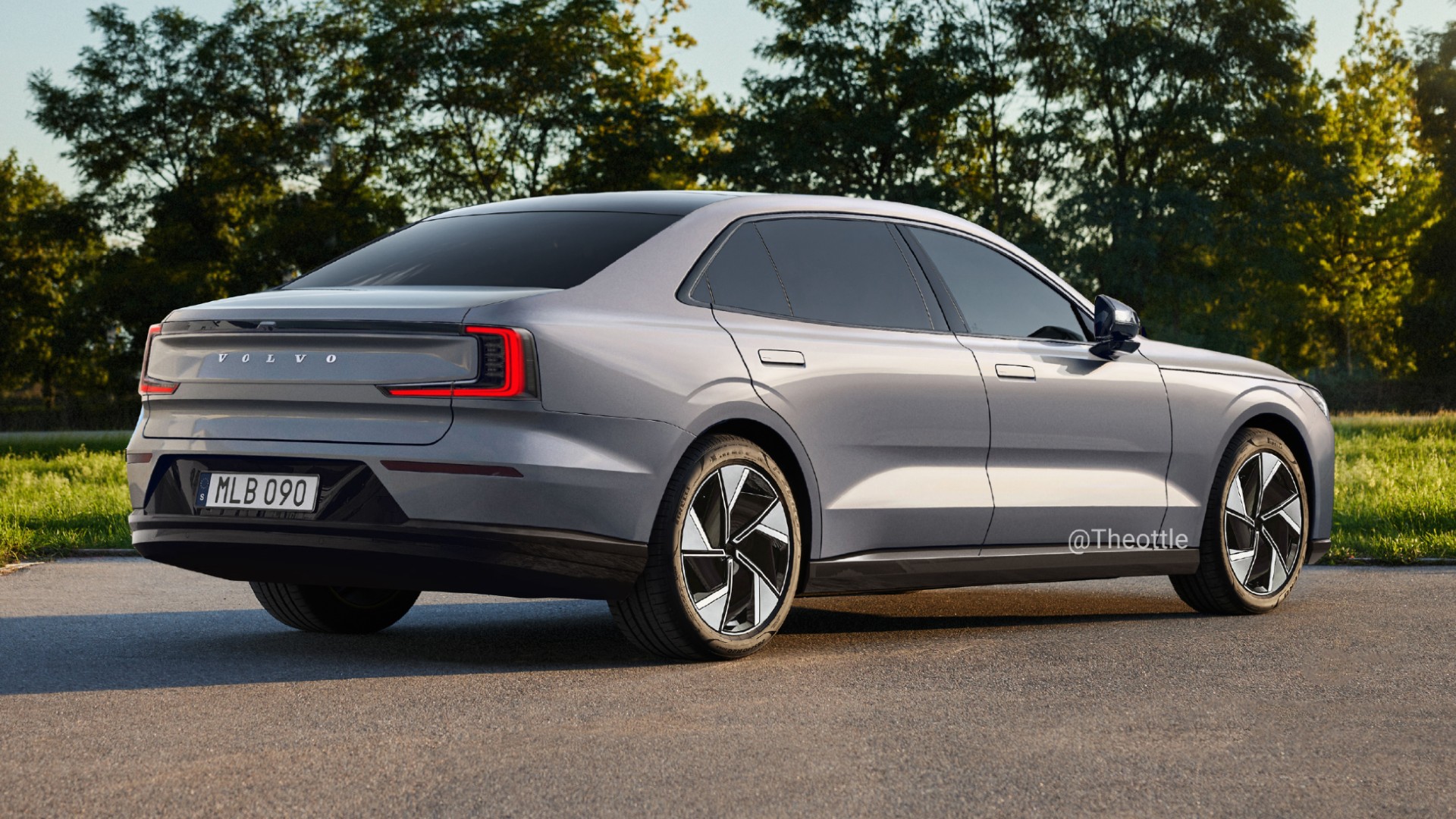 If such a large Volvo sedan existed, it would probably share its underpinnings with the EX90. This means it could produce as much as 510 hp (380 kW / 517 PS) and 910 Nm (671 lb-ft) from a dual electric motor setup which makes it torquier than the BMW i7 xDrive60. Furthermore, the 107 kWh battery would most likely provide the sedan with greater range than the 373 miles (600 km) of the bulkier SUV, getting closer to the Mercedes-Benz EQS.

Currently, the largest and most luxurious sedan model in Volvo’s lineup is the S90, originally introduced in 2016. However, with a length of 4,963 mm (195.4 inches), this is competing with the BMW 5-Series, the Audi A6, and the Mercedes-Benz E-Class which is a segment below the traditional flagships.

Volvo has pledged to continue making sedans and estates alongside SUVs, although it is not clear if both the S60/V60 and S90/V90 models will get a new generation. The automaker has trademarked the ES60/EV90 and ES90/EV90 names giving us hope, but there is no ES100 that could be the realization of this rendering.

In any case, Volvo fans would certainly love to see the brand moving even more upmarket and offering a Swedish alternative to the German establishment in the executive sedan segment, even though a Polestar would probably be more fitting for that role.