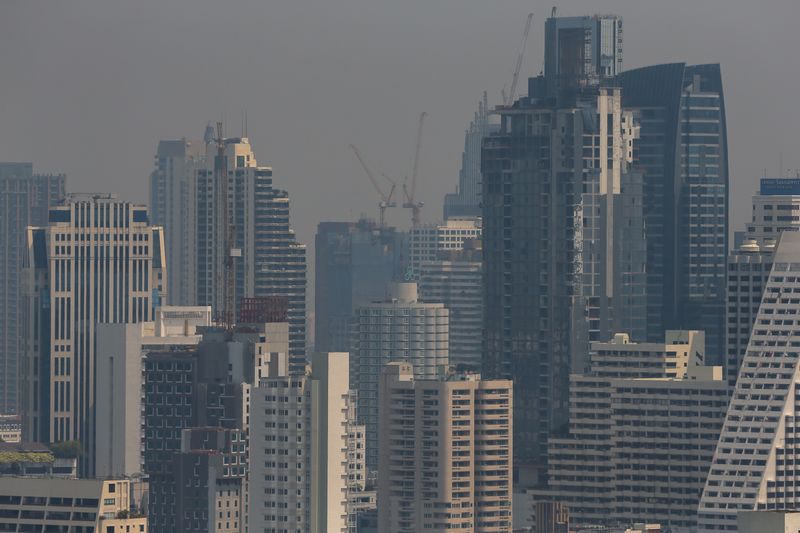 BANGKOK (Reuters) -Thailand’s economy grew at its fastest pace in more than a year, official data showed on Monday, boosted by a revival in tourism and increased consumption.

Southeast Asia’s second-largest economy expanded 4.5% in the September quarter from a year earlier, according to data from the National Economic and Social Development Council.

Thailand’s economy is on a steady recovery path, with growth in the crucial tourism sector gathering pace after the government lifted all COVID-19 curbs earlier this year but the outlook is clouded by risks of slowing global growth and high inflation.

“The (2023) growth will be mainly supported by the recovery of tourism sector, the expansion of both private and public investments, the continual expansion of domestic demand, and the favourable growth of agricultural sector,” the state planning agency said in a statement.

Third-quarter growth was in line with expectations for a 4.5% rise in a Reuters poll and marked an acceleration from the 2.5% growth seen in the April-June quarter.

The data will likely reinforce expectations for a 25-basis-point rate hike at the Bank of Thailand’s Nov. 30 meeting, as the central bank tries to strike a tricky balance between containing near 14-year high inflation while supporting the fragile recovery.

On a quarterly basis, gross domestic product (GDP) grew a seasonally adjusted 1.2% in July-September, beating expectations for a 0.9% rise.