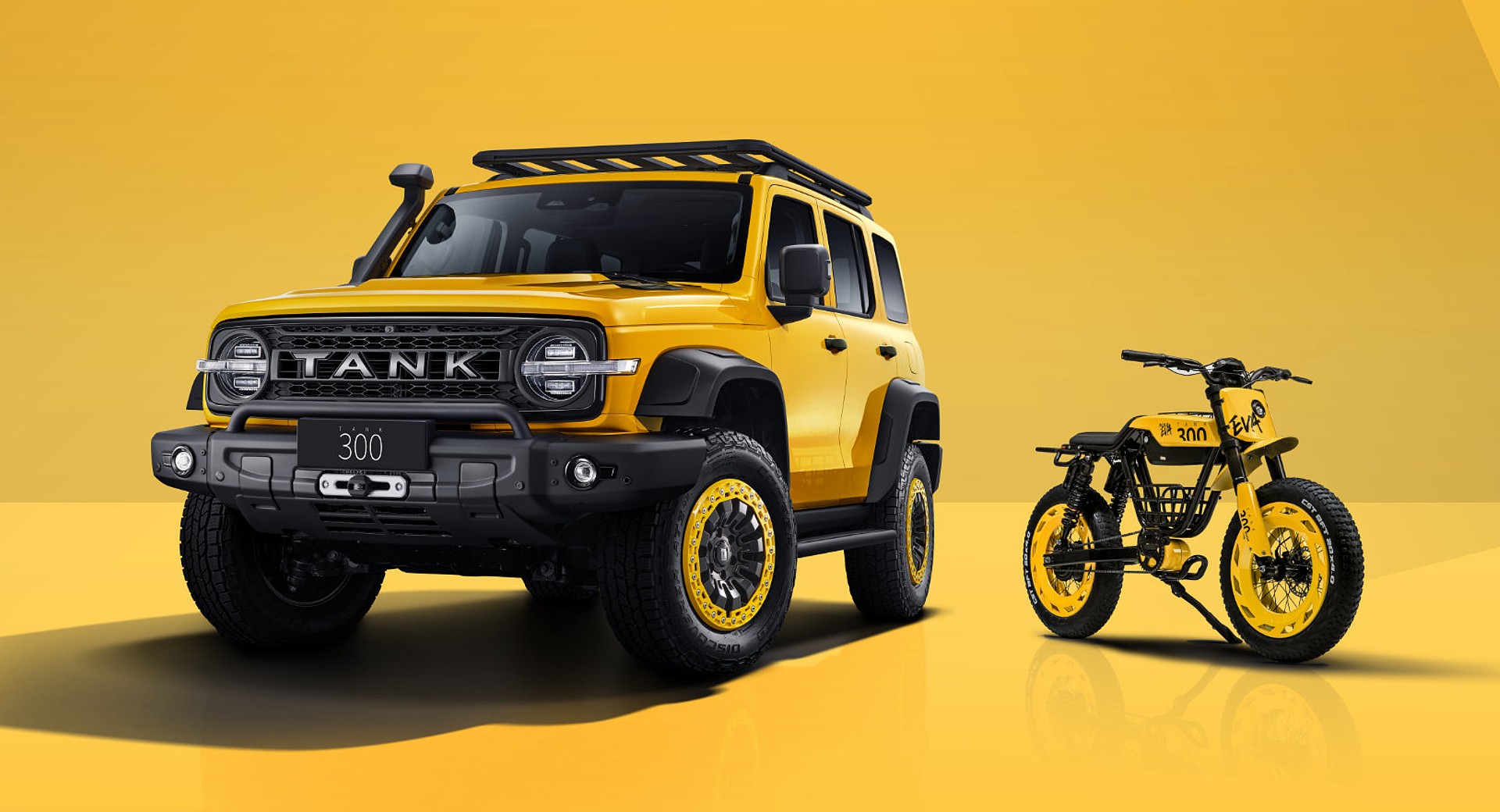 Ever wanted a car and e-bike combo? If you live in China, then you can now get a matching off-road-focused e-bike for your Tank 300 Frontier Edition, creating the ideal vehicle setup for weekend adventures.

The cool-looking two-wheeler comes from a company called Buxus and is based on their EVA model. As such, it comes fitted with a single hub motor producing 0.75 kW (1 hp) and a removable 20Ah battery that is good for a range of 62 miles (100 km) between charges.

Read: Great Wall Is Reportedly Preparing The Tank 100 Small SUV Inspired By The 300 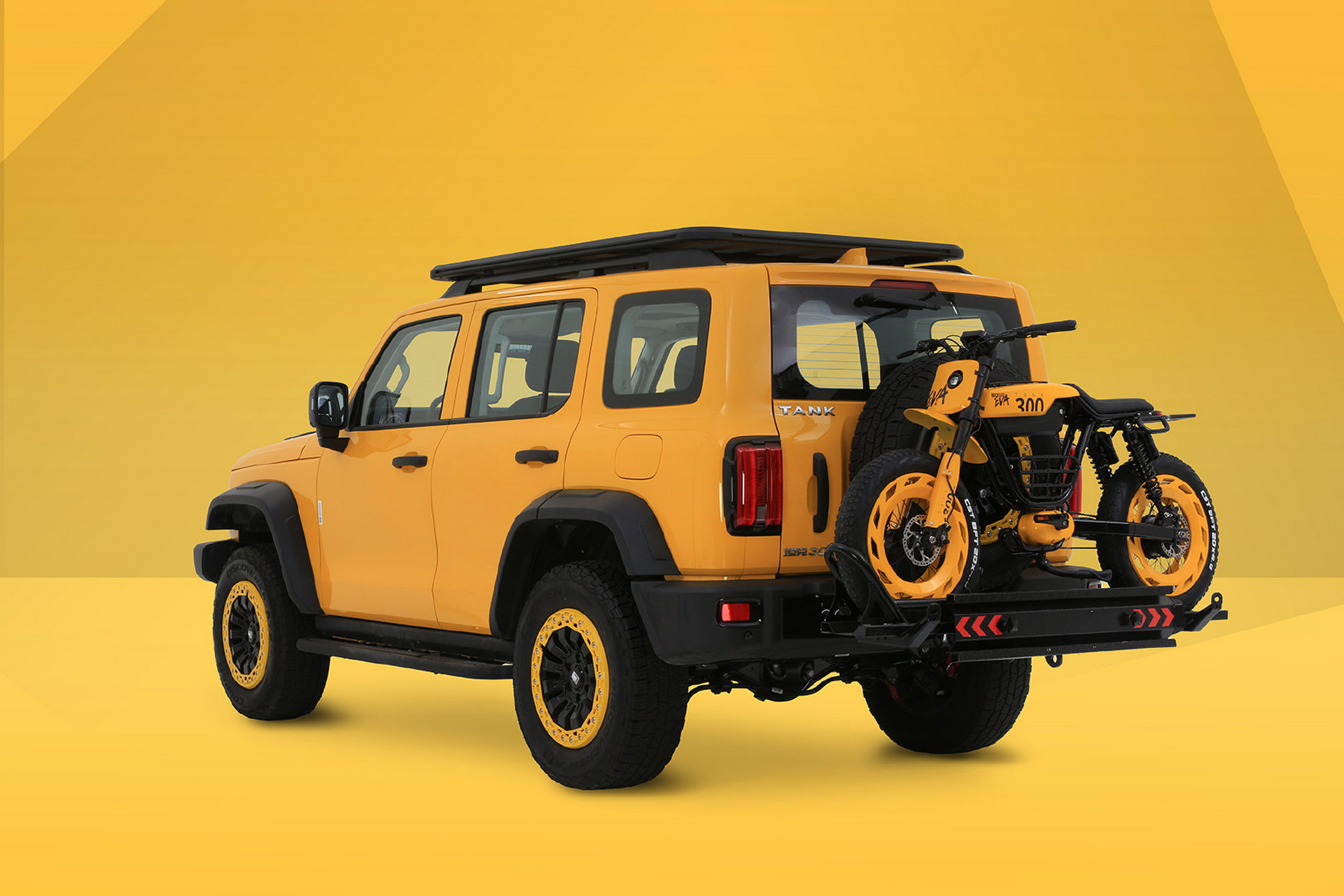 The e-bike has grippy tires, front and rear suspension, plus dual-piston hydraulic disc brakes on both wheels. A dock on the steering wheel and a smartphone application transforms your device into a digital instrument cluster allowing keyless start through NFC, remote tracking, and over-the-air update compatibility.

The Tank-themed special edition of the Buxus EVA is distinguished by the yellow livery with contrasting black accents and Tank 300 stickers on the profile. Measuring 1,734 mm (68.3 inches) long, the two-wheeler is compact enough to fit at the back of the 1,970 mm (77.6 inches) wide Tank 300 with the help of a bumper-mounted bike carrier.

A Chinese SUV Ready For The Outdoors 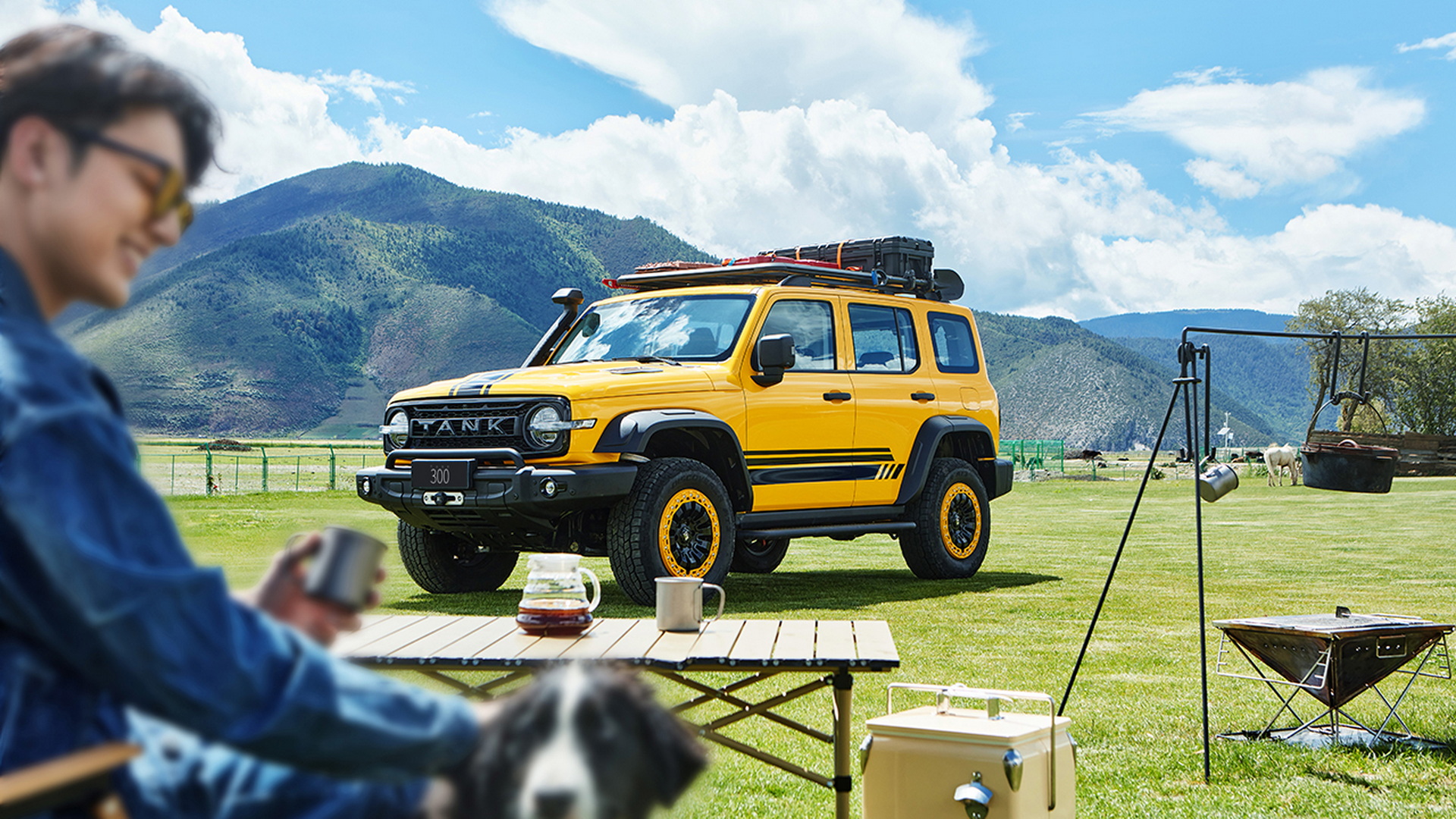 Now concerning the four-wheeler of the bunch, the Tank 300 was already a rugged-looking model but the Frontier Edition that was introduced earlier this year takes things to another level, making it look more like the offspring of a Ford Bronco and a Jeep Wrangler. Distinct features include a new grille with Tank lettering, a bulged bonnet, a snorkel, a roof rack, off-road bumpers with integrated bullbar and winch, underbody protection, fender extensions, a set of beadlock-style 18-inch alloy wheels, and a yellow livery with black decals.

The Tank 300 Frontier Edition also benefits from increased ground clearance thanks to the lifted suspension. Under the bonnet lies the same turbocharged 2.0-liter four-cylinder engine as in lesser trims, producing 224 hp (167 kW / 227 PS) and 387 Nm (285 lb-ft) of torque. Power is transmitted to all four wheels through an eight-speed automatic gearbox and an all-wheel-drive system with electronic differential locks.