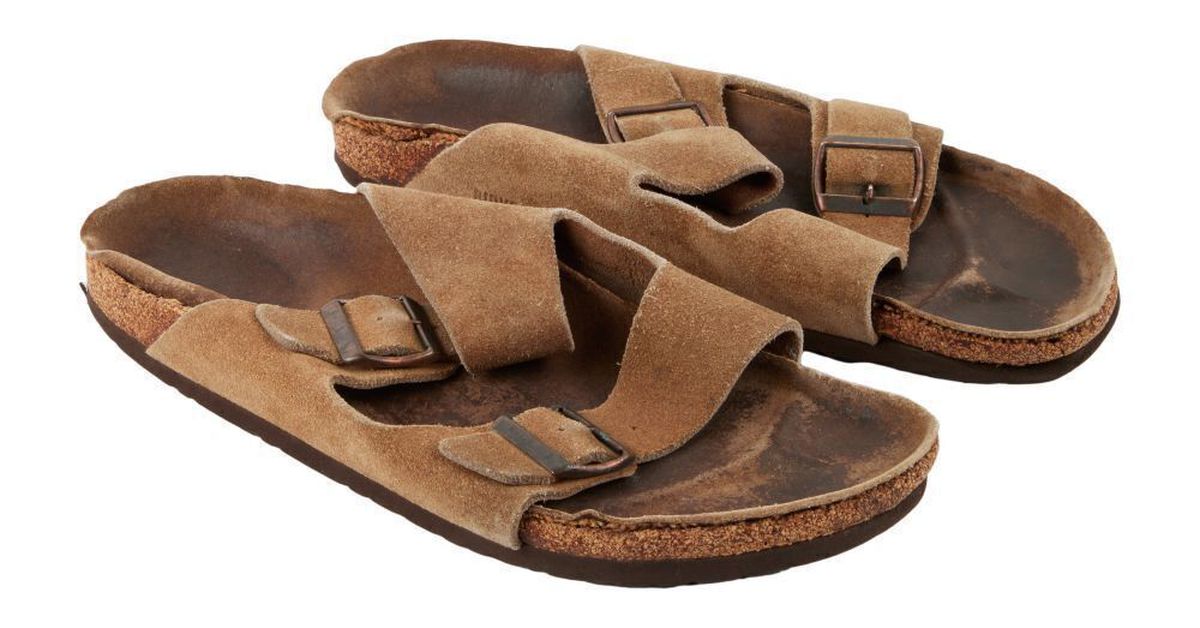 One (lucky?) bidder just paid $218,750 to get their hands on a pair of raggedy old sandals worn by Steve Jobs (via CNN). Oh, and the 360-degree non-fungible token (NFT) that goes with it.

The sandals, a pair of Birkenstock Arizonas, were apparently worn by Jobs back in the 1970s and ’80s when he first started Apple. They were recovered from the trash (as you might’ve guessed) by Jobs’ estate manager, Mark Sheff, and then put up for sale at Julien’s Auctions on Friday.

When talking about how he acquired the sandals in a 2016 article from Business Insider, Sheff explains that Jobs “kept very few things,” so he snapped up the sandals once he was ready to throw them out. “We kept some, shared some with the landscapers and friends and brought some to Goodwill,” he told Insider at the time. “The collection we ended up with is quite random.” Sheff initially auctioned off the sandals in 2016, where they sold for around $2,000, according to NPR.

This time around, Jobs’ sandals (and NFT) were estimated to fetch anywhere from $60,000 to $80,000, but they clearly beat expectations. “The sandals are well used, but still appear intact,” the listing reads. “The cork and jute footbed retains the imprint of Steve Jobs’ feet, which had been shaped after years of use.”

While we don’t know the identity of the person who purchased the shoes, NPR states that the buyer placed the winning bid from the Hard Rock Cafe in Times Square. Before the sandals were put up for auction a second time, they were shown off in various exhibits, including at the Salone del Mobile in Milano, Italy, the Birkenstock headquarters in Rahms, Germany, and at Birkenstock’s first store in the US, located in SoHo, New York.