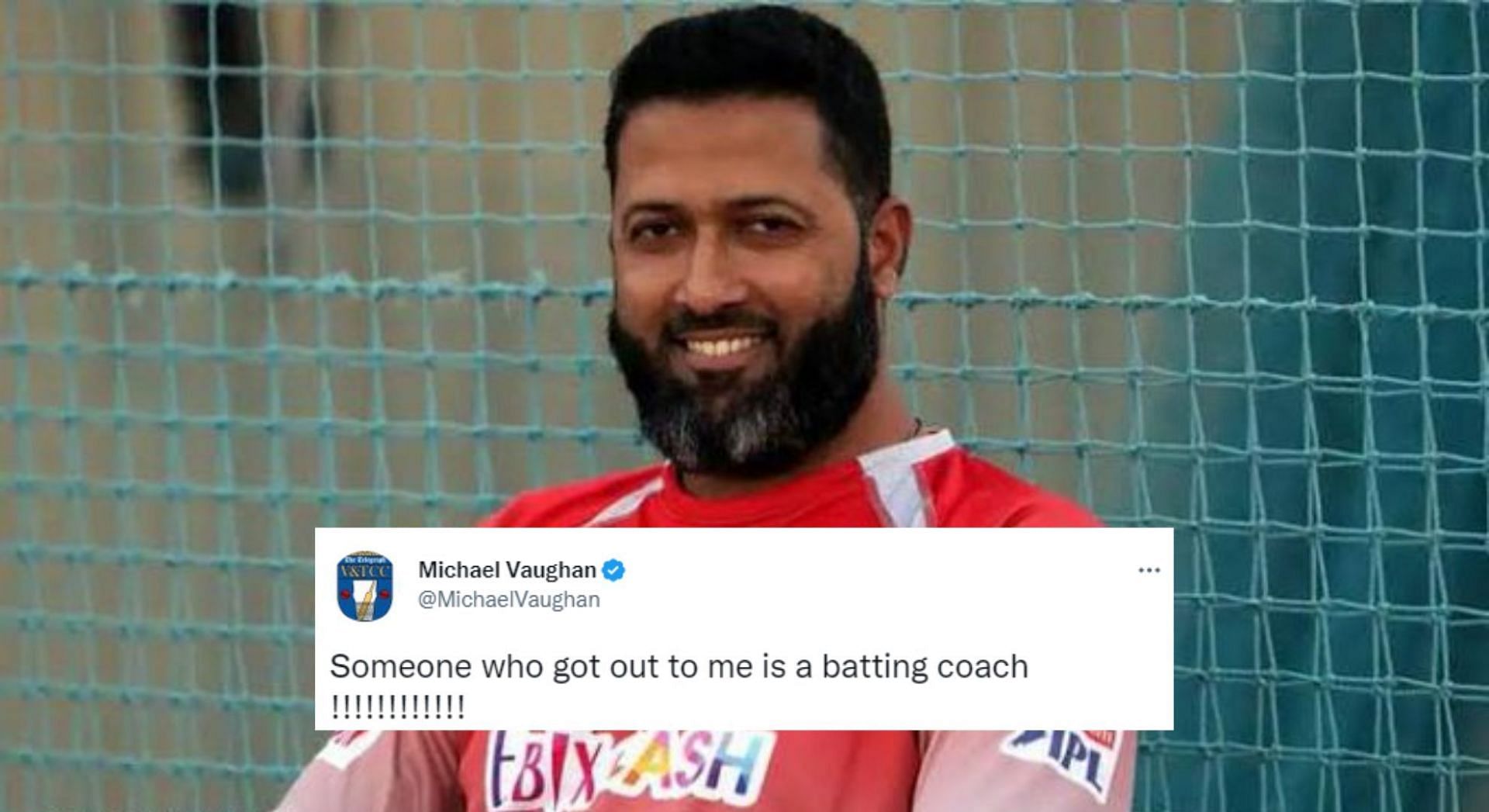 Former England captain Wasim Jaffer has dropped a cheeky response to the appointment of former India opener Wasim Jaffer’s appointment as batting coach of Punjab Kings (PBKS) ahead of IPL 2023.

The development took place after PBKS’ Twitter handle made the announcement:

“Someone who got out to me is a batting coach.”

For those not in the know, Vaughan and Jaffer often indulge in banter on Twitter. The England player took the wicket of Jaffer in the 2002 Test at Lord’s.

Jaffer previously served as the batting coach for Punjab from IPL 2019 to 2021. The veteran also shared a funny video regarding his reunion with PBKS.

Meanwhile, Brad Haddin and Charl Langeveldt have been recruited as an assistant and bowling coach, respectively. It’s worth mentioning that ex-SRH coach Trevor Bayliss took over the head coach role from former India player Anil Kumble in September earlier this year.

Punjab Kings have released captain Mayank Agarwal, who was retained for Rs 12 crore last season, ahead of IPL 2023. He underperformed this year, scoring only 196 runs in 12 innings at an average of 16.33 and a strike rate of 122.50. The Kings have retained 16 players for the upcoming IPL season, though.

They still have a power-packed batting lineup, with Bairstow and Dhawan the probable openers. Punjab’s bowling also looks solid, with the likes of Chahar, Arshdeep and Kagiso Rabada. The franchise will be gunning to lift the IPL trophy, which has eluded them for the last 15 years.

PBKS, who are yet to win the IPL, will look to fix their missing pieces in the mini-auction. With nine slots available, the Punjab-based franchise has saved a little over ₹32 crore ahead of the mini-auction next month.

In the last season, Punjab Kings finished sixth with 14 points and seven wins in 14 games.