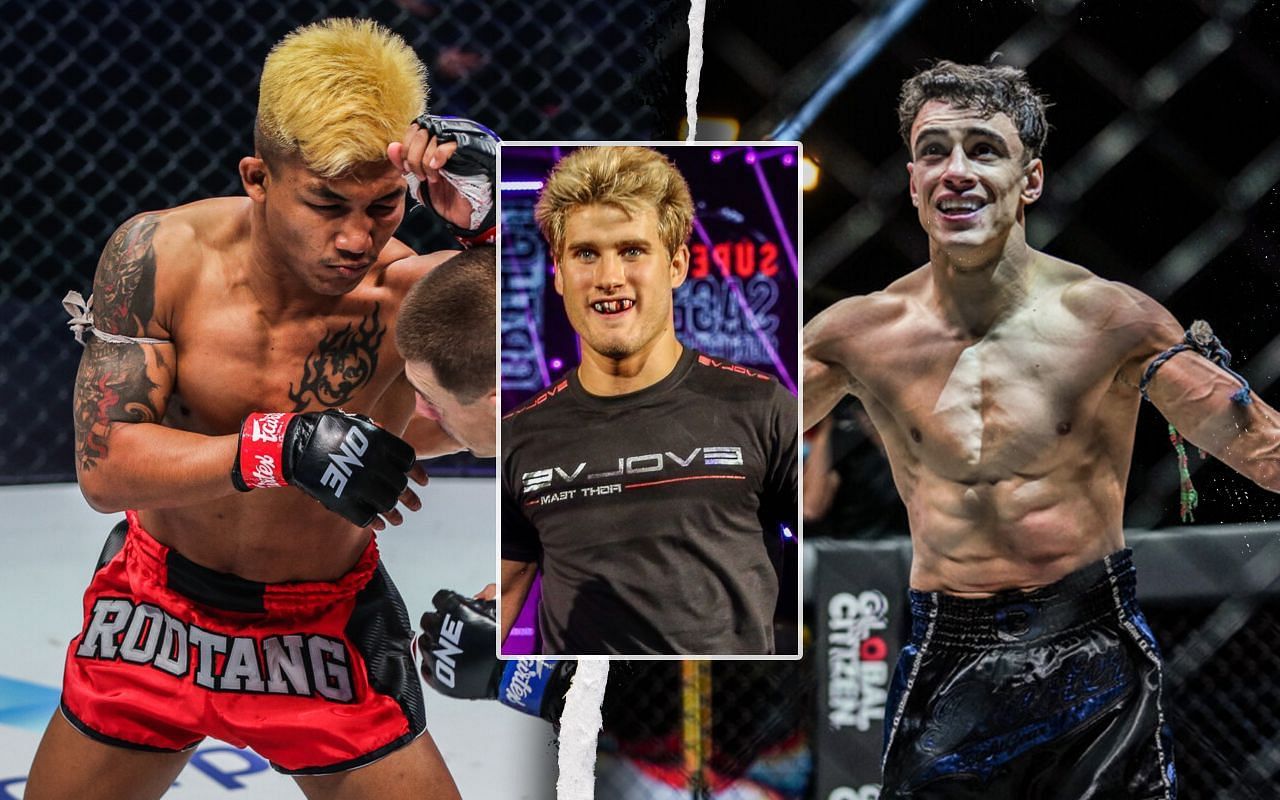 ONE flyweight Muay Thai world champion Rodtang Jitmuangnon only knows one direction to go, and that is to move forward. That aggressive style has earned the Thai a legion of loyal followers over the years.

Even his fellow fighter ‘Super’ Sage Northcutt believes that will be his key to victory against challenger Joseph Lasiri at ONE on Prime Video 4: Abbasov vs Lee.

This Friday, the strawweight Muay Thai king will go up a weight class in a bid to invade Rodtang’s territory at 135 pounds.

The clash between the two world champions of the striking arts will take place in the Singapore Indoor Stadium and will air live on US Primetime for free for Amazon Prime subscribers in North America.

Northcutt, who’s quite familiar with American fans’ appreciation for a good scrap, understands why Rodtang has become a crowd favorite over the years.

While the 25-year-old has shown the ability to adapt and take a methodical approach in his last fight, Northcutt believes the innate gunslinger in him will once again be unleashed against ‘The Hurricane’.

Northcutt told ONE Championship in an exclusive interview:

“They’re both great fighters, but Rodtang is extremely tough and aggressive, so that could be the advantage.”

While most pundits still believe that ‘The Iron Man’ has the upper hand, Lasiri has been on a hot streak as of late and should never be taken lightly.

‘The Hurricane’ weathered some hardships early in his career after dropping his first four bouts inside the circle.

However, Lasiri displayed the heart of a true champion by roaring back in heroic fashion, winning four of his next five matches, including a world title-clinching win in his previous bout.

Rodtang Jitmuangnon, though, has been a total enigma for everyone in striking-only matches, and Northcutt believes that puzzle will remain unsolved at ONE on Prime Video 4.

Northcutt is not the only one backing Rodtang Jitmuangnon against Joseph Lasiri.

He told ONE in a separate interview:

“Rodtang, the man of the steel, will walk forward the whole fight and keep the pressure to win!”

Rodtang Jitmuangnon versus Lasiri definitely has the potential to steal the show at ONE on Prime Video 4.

Both elite strikers are on top of their respective games and possess contrasting styles that make this fight a must-watch for every combat sports fan.