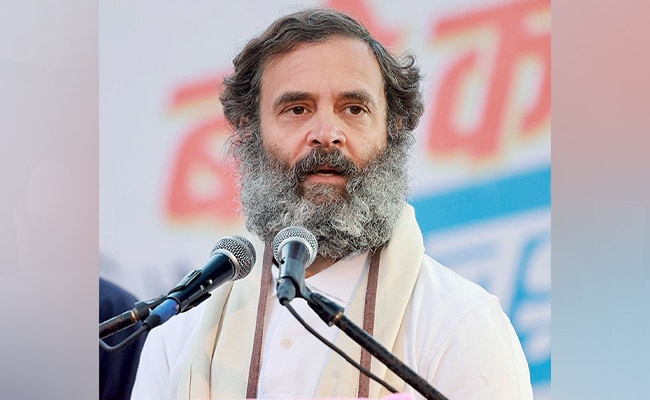 In an interview to Curly Tales, the Congress MP revealed his “checklist” for a partner.

Congress leader Rahul Gandhi said he will marry “when the right girl comes along”, in an interview shared by the party’s leaders on social media.

Rahul Gandhi, 52, has often been listed among India’s most eligible bachelors, and he has gamely answered questions about his marriage in his chats during the Bharat Jodo Yatra.

In an interview to Curly Tales, the Congress MP revealed his “checklist” for a partner.

“Are you planning to get married any time soon? No marriage on the cards?” the interviewer asked.

Mr Gandhi replied: “When the right girl comes along, I’ll get married.”

Asked whether he had a “checklist”, he said: “No, just a loving person, who’s intelligent.”

When the interviewer teased the politician about “girls out there getting the message”, he grinned: “OK, you’ll get me into trouble now.”

In December, Mr Gandhi had said in an interview to a YouTube channel that he would like his partner to have the qualities of his mother Sonia Gandhi and former Prime Minister Indira Gandhi, his grandmother.

“I would prefer a woman… I do not mind… she has got qualities. But a mix between my mother’s and grandmother’s qualities is good,” he had said. He shared the video of the interview on Twitter.

He also described Indira Gandhi as “the love of my life and my second mother”.

The Congress leader is in Jammu after his march through 12 states in 129 days. The Bharat Jodo Yatra, which started from Kanyakumari in Tamil Nadu on September 7, will end in Srinagar on January 30.