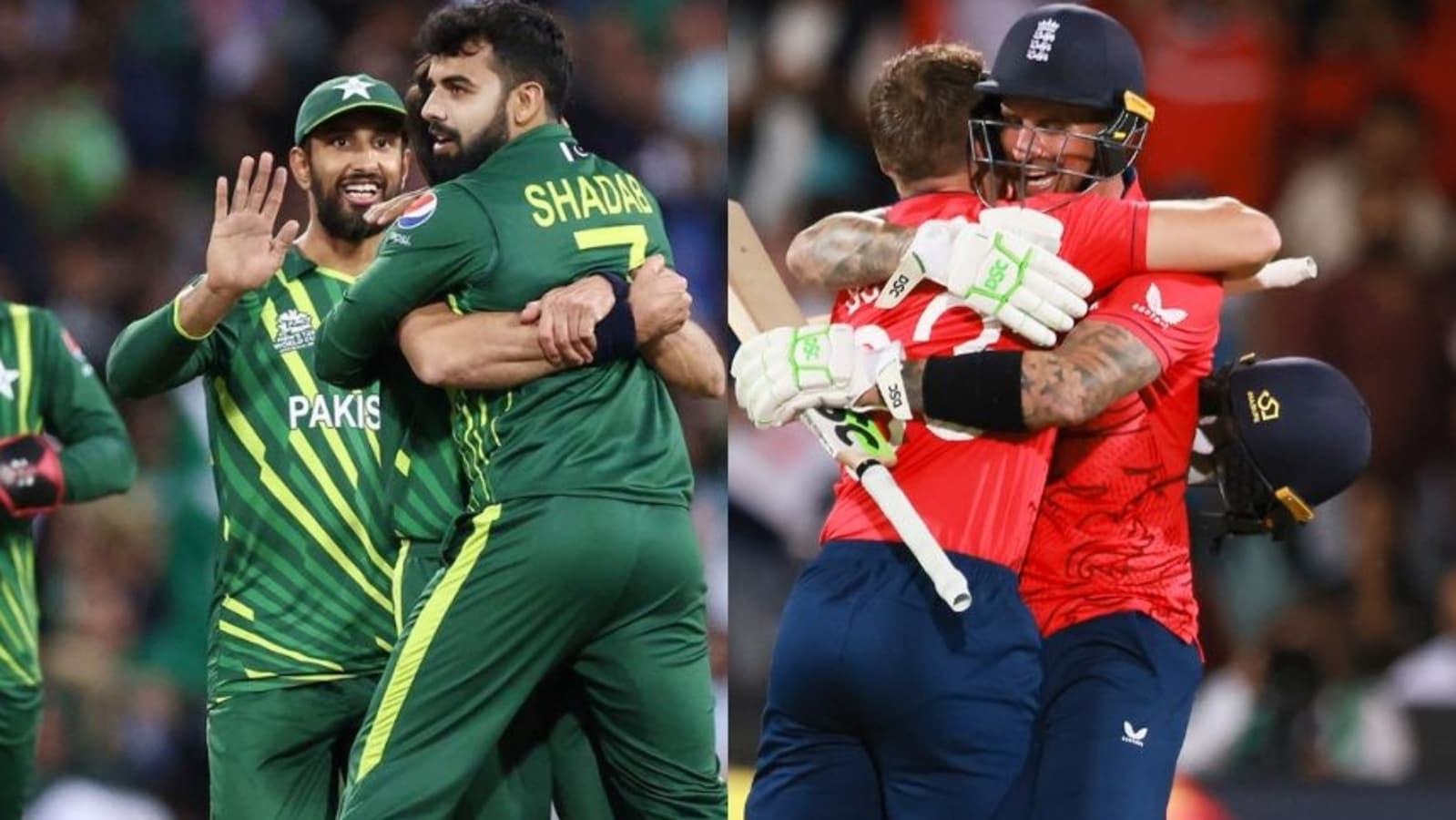 Bouncing back from the brink of elimination during the Super 12 Stage, Pakistan stunned cricket fans around the world, defeating New Zealand in their semi-final by seven wickets, on Wednesday. Facing England in the final, the Babar Azam-led side will be eyeing the big prize. But former cricketer Kevin Pietersen feels that the only way Pakistan can win is if “England self-destruct by being reckless and overconfident.”

Also Read | ‘They were all just hanging around Haydos’: Gilchrist sums up Pakistan’s reliance on Matthew Hayden in T20 World Cup

On the other hand, England destroyed tournament favourite India in the other semi-final. Chasing a target of 169 runs, England raced to 170 for no loss in 16 overs, courtesy of some swashbuckling batting from Alex Hales and captain Jos Buttler. Hales clobbered an unbeaten knock of 86 runs off 47 balls and Buttler played an unbeaten knock of 80 runs off 49 deliveries. Initially, India posted 168 for six in 20 overs, with Hardik Pandya and Virat Kohli bagging half-centuries. Meanwhile, Chris Jordan took three wickets for England.

Writing for Betway, Pietersen stated: “Pakistan need to hope that England self-destruct by being reckless and overconfident. I think it’s an incredible strength that they can just go out there and play the way that they do, but we do know there’s one thing that can happen to this England team – they can get rolled over for none, because it’s a sixathon.

“That’s the only thing that I can see derailing England, and that’s what Pakistan need to hope for, because I don’t think they can derail England themselves.”

Pietersen also explained that although Pakistan defeated New Zealand in their semi-final, but ‘they’re not a great side.’ “Pakistan will be petrified. They will be absolutely bricking it, purely based on what England just delivered,” he wrote.

“They did a very good job against New Zealand, they were convincing. But New Zealand are a good side, they’re not a great side. I don’t think Kane Williamson is a T20 player, and his run-a-ball innings just doesn’t serve the team to go on and win a tournament”, he added.

The legendary cricketer also predicted that England would win the final against Pakistan with ease. Both teams are scheduled to face each other on Sunday, at the MCG in Melbourne.