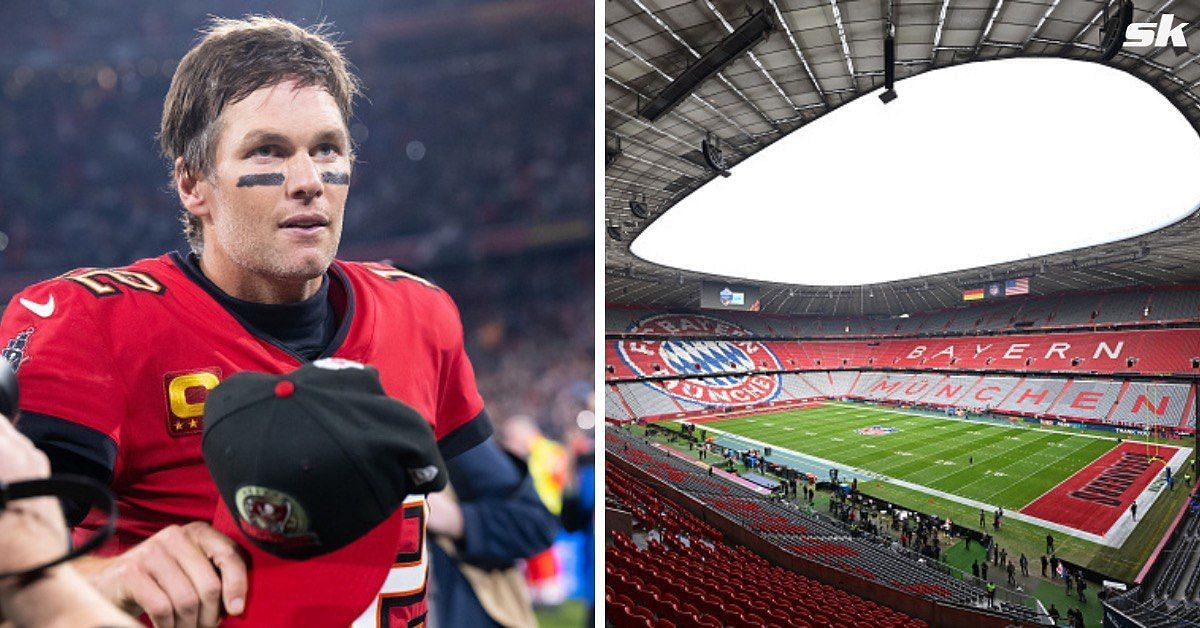 National Football League (NFL) legend Tom Brady has hailed fans for creating an electrifying atmosphere at Bayern Munich’s Allianz Arena, dubbing it one of the best he’s ever experienced.

Germany hosted its first-ever NFL game on Sunday (November 13), with the Tampa Bay Buccaneers taking on the Seattle Seahawks. Brady, who is hailed as arguably the greatest sportsman to ever live, produced an impressive performance to help his team to a 21-16 win.

After the game, the 45-year-old tipped his hat to the sensational atmosphere inside the stadium, admitting that it was one of his best experiences. He said (via Bavarian Football Works):

“That was one of the great football experiences I’ve ever had. The fan turnout was incredible. It felt very electric from the time we took the field.”

Fans inside Bayern Munich’s Allianz Arena made Brady feel welcome, singing a couple of classic songs to win the legend over.

“The end of the game, with them singing ‘Sweet Caroline’ and ‘Country Roads’, that was pretty epic. I think everyone who was a part of that experience got to have a pretty amazing memory for the rest of their lives.”

Brady has played 23 seasons in the NFL, reaching a mind-boggling 10 Super Bowls. He has won a record seven Super Bowl Rings and holds numerous records in the game.

Bayern Munich took on Schalke in their final Bundesliga match ahead of the 2022 FIFA World Cup. Jamal Musiala was instrumental in Bayern’s win against Schalke away from home, with him setting up Serge Gnabry and Eric Maxim Choupo-Moting to fire his team to a 2-0 victory.

It also marked Musiala’s 100th appearance for the Bavarians. At the age of only 19 years and 259 days, the German is the youngest player ever to reach the 100-game milestone for the Bundesliga giants.

After the game, Lothar Matthaus hailed Musiala’s unique achievement, comparing him to Barcelona legend Lionel Messi and insisting that he must remain at Bayern for the foreseeable future. He said (via Goal):

“That’s like Messi. That’s Hollywood. He must never leave Bayern. He always has to play. His value is a quarter of a billion.”

Musiala has featured in 22 games for Bayern Munich this season, scoring 12 goals and claiming 10 assists.

Cristiano Ronaldo says he feels ‘betrayed’ by Man Utd and has no respect for Ten Hag! Click here