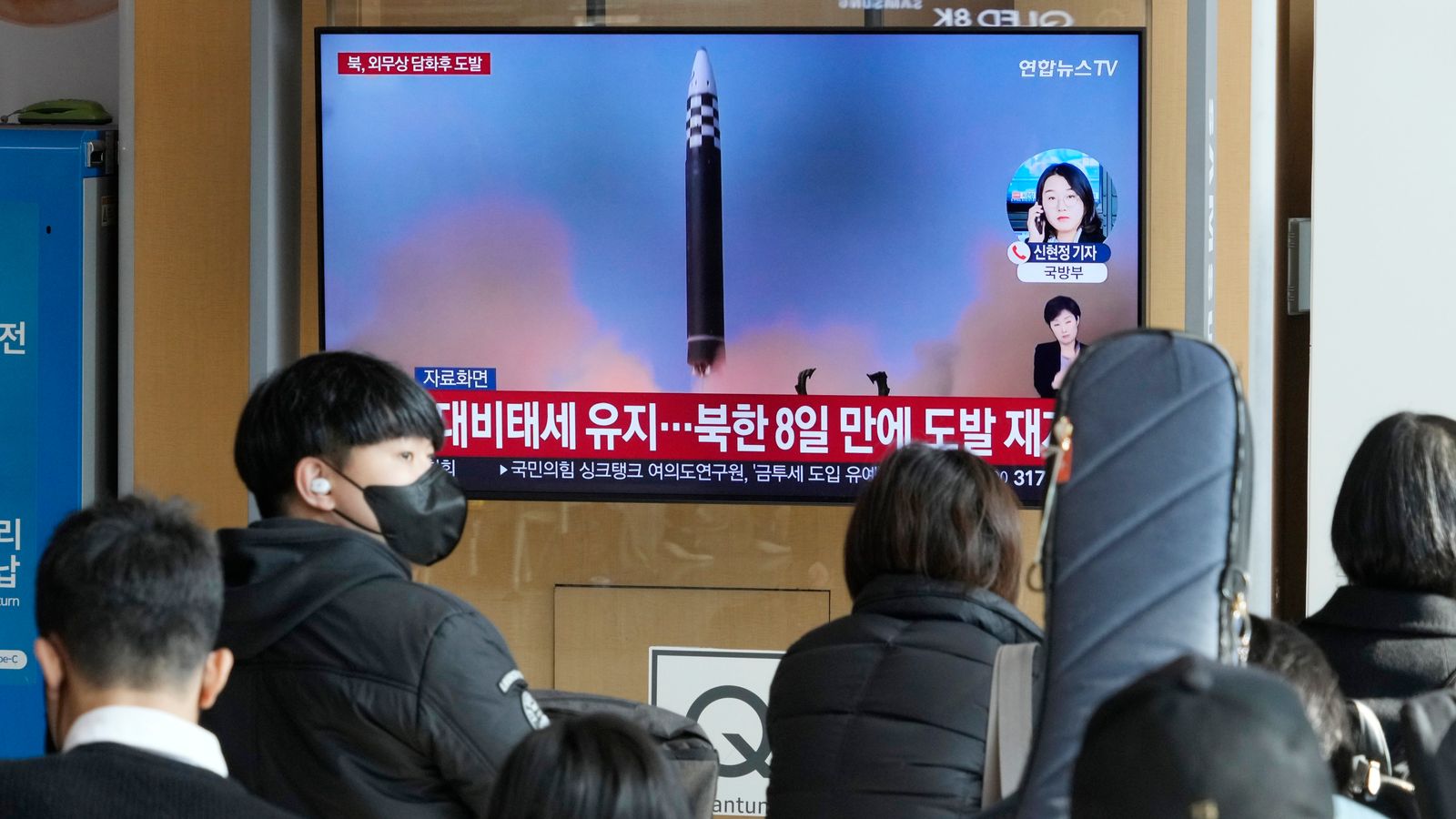 North Korea has fired a ballistic missile into the ocean, its southern neighbour has said.

South Korea‘s military detected the launch from the North’s eastern coastal Wonsan area at 10.48am, the South’s Joint Chiefs of Staff said in a statement.

North Korea warned of “fiercer military responses” to US efforts to boost its security presence in the region with its allies, saying Washington is taking a “gamble it will regret”.

South Korea said it has boosted its surveillance of North Korea while maintaining military readiness amid close coordination with the US.

Earlier on Thursday, North Korean foreign minister Choe Son Hue warned that a recent US-South Korea-Japan summit accord on the North would leave tensions on the Korean Peninsula “more unpredictable”.

The statement was North Korea’s first official response to President Joe Biden’s summit with his South Korean and Japanese counterparts.

The three leaders strongly condemned the North’s recent missile tests, and agreed to work together to strengthen deterrence.

Mr Biden reaffirmed the US commitment to defend South Korea and Japan with a full range of capabilities, including its nuclear arms.

North Korea has steadfastly maintained its recent weapons testing activities are legitimate counteractions to military drills between US and South Korean forces, which it views as a practice to launch attacks on the North.

Washington and Seoul have said their exercises are defensive in nature.