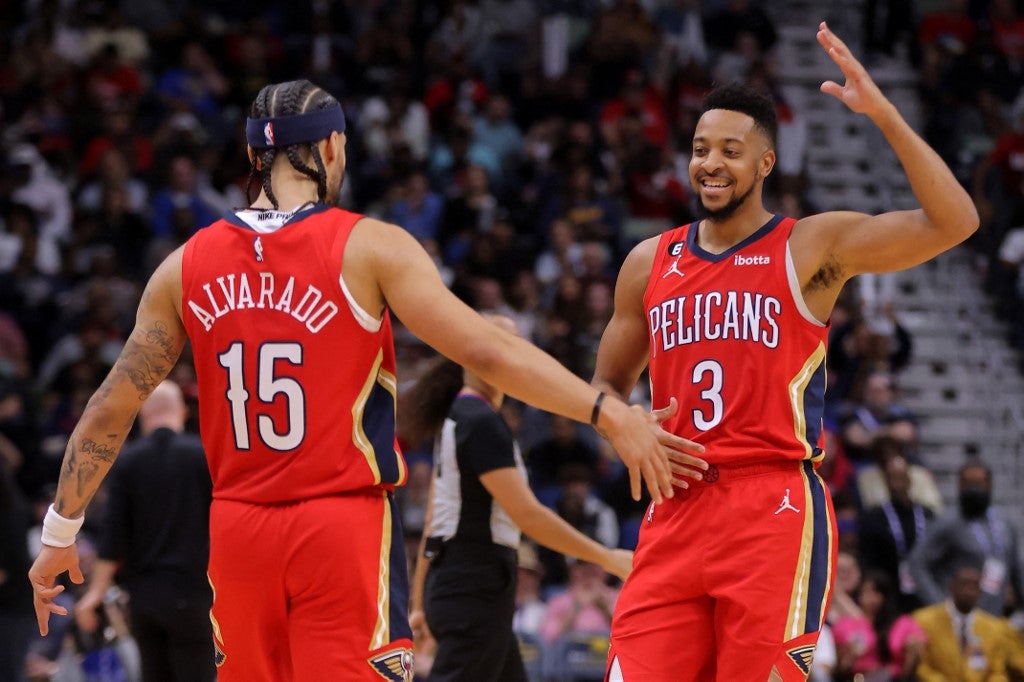 CJ McCollum #3 of the New Orleans Pelicans and Jose Alvarado #15 celebrate during the first half against the Golden State Warriors at the Smoothie King Center on November 04, 2022 in New Orleans, Louisiana. Jonathan Bachman/Getty Images/AFP

Trey Murphy III scored 13 points, Jose Alvarado added 12 and Herbert Jones Jr. had 10 as the Pelicans played without leading scorer Zion Williamson, who is day to day because of a bruised foot.

New Orleans made a season-high 18 3-pointers on 38 attempts.

Ja Morant, returning from a one-game absence due to ankle soreness, scored a game-high 36, but 20 came after the first quarter for the Grizzlies. Dillon Brooks added 19, Brandon Clarke had 15 points and 13 rebounds and Jaren Jackson Jr., making his season debut after being sidelined by a foot injury, had seven points (on 3 of 14 shooting, including 0 of 7 on 3-pointers) and six rebounds in 25 minutes.

The Pelicans came out on top, 113-102. pic.twitter.com/wSFzodahUc

The Grizzlies scored the first six points of the third quarter to take a 66-59 lead.

Alvarado and Jones hit 3-pointers to help the Pelicans increase the lead to 104-91 as the Grizzlies scored four points during the first six minutes of the fourth quarter.

Morant had four points during a 6-0 run that pulled Memphis within seven before McCollum answered with a 3-pointer.

Morant made a 3-pointer from just inside midcourt at the first-quarter buzzer, giving Memphis a 35-32 lead.

Nance had five straight points to give the Pelicans their biggest lead, 46-39.