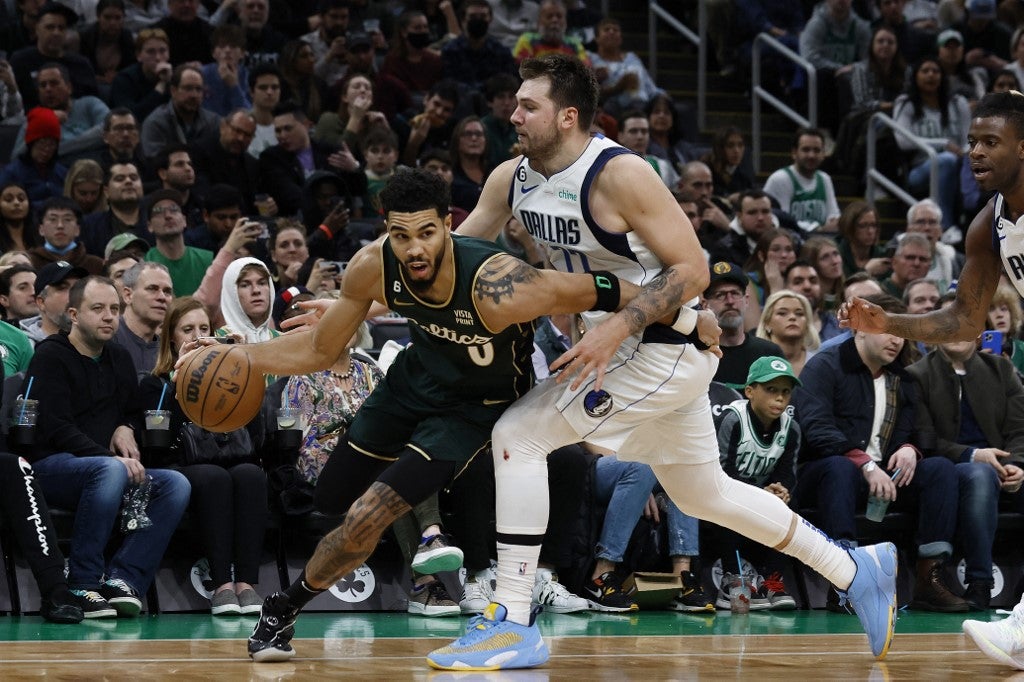 Jayson Tatum #0 of the Boston Celtics goes around Luka Doncic #77 of the Dallas Mavericks during the third quarter at TD Garden on November 23, 2022 in Boston, Massachusetts. (Photo By Winslow Townson/Getty Images)

Jayson Tatum’s injured ankle looked fine Wednesday night, when he scored a team-high 37 points and pulled down 13 rebounds to help the Boston Celtics kick off a six-game homestand with a 125-112 victory over the Dallas Mavericks.

Tatum was listed as questionable on the team’s injury report Wednesday with a sprained left ankle, but Boston coach Joe Mazzulla upgraded him to available before the game. Tatum injured his ankle when he landed on DeMar DeRozan’s foot during Monday’s loss to the Chicago Bulls.

Jayson Tatum led the @celtics to the pre-Thanksgiving Day victory with a 37-point double-double!

The Celtics led 34-23 after one quarter. Brown scored 13 points in the opening 12 minutes, when Boston had an 18-8 edge in points in the paint.

Boston had a 29-15 lead – its largest lead in the opening quarter – when Brogdon made a 3-pointer with 3:11 remaining in the quarter.

Tatum led all scorers in the first half with 23 points. Doncic finished the half with 22.

Doncic entered the matchup averaging 27.7 points, 7.1 rebounds, and 6.7 assists per contest in seven career games against the Celtics.