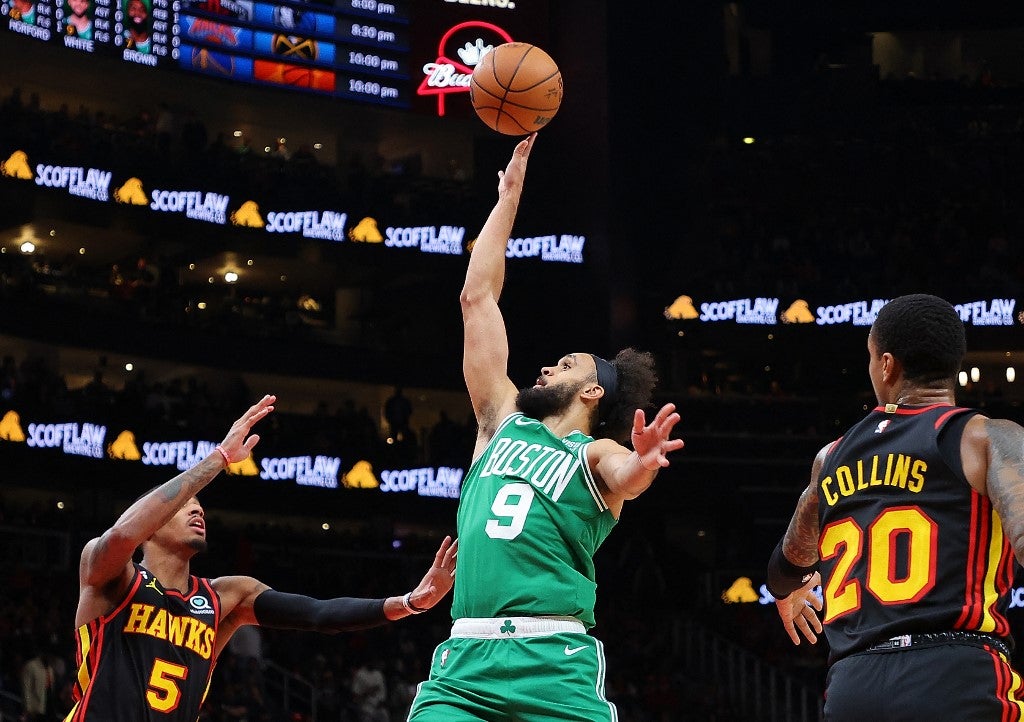 Derrick White #9 of the Boston Celtics attempts a shot against Dejounte Murray #5 of the Atlanta Hawks during the first half at State Farm Arena on November 16, 2022 in Atlanta, Georgia.  Kevin C. Cox/Getty Images/AFP

The undermanned Boston Celtics got 22 points from Jaylen Brown and stretched their winning streak to eight games with a 126-101 road victory against the Atlanta Hawks on Wednesday.

The Celtics played without guards Malcolm Brogdon and Marcus Smart. Brogdon has missed the last four games with hamstring soreness, and Smart was ruled out with ankle inflammation.

“They won the game,” Brown said. “Me and JT played decent, but our bench carried us and carried our team.”

Trae Young had 27 points, nine assists and five rebounds for the Hawks, who shot 41.6 percent from the field (42-for-101). Dejounte Murray added 19 points for Atlanta.

De’Andre Hunter (13 points) and John Collins (12) also scored in double figures for the Hawks, who scored the game’s first basket then didn’t have the lead after that.

“We just play the game the right way,” Brown said. “We play solid ball, we try to get everyone involved. We’ve got a really good team from top to bottom.”

Hauser led the Celtics with five made 3-pointers. Williams and Pritchard each made four, and Tatum finished with three. Eight Boston players made at least one 3-pointer.

The victory improved Boston’s road record to 6-2. Atlanta dropped to 5-3 at home.

The Hawks have scored more than 100 points in their last 36 regular-season games, including the first 15 this season.