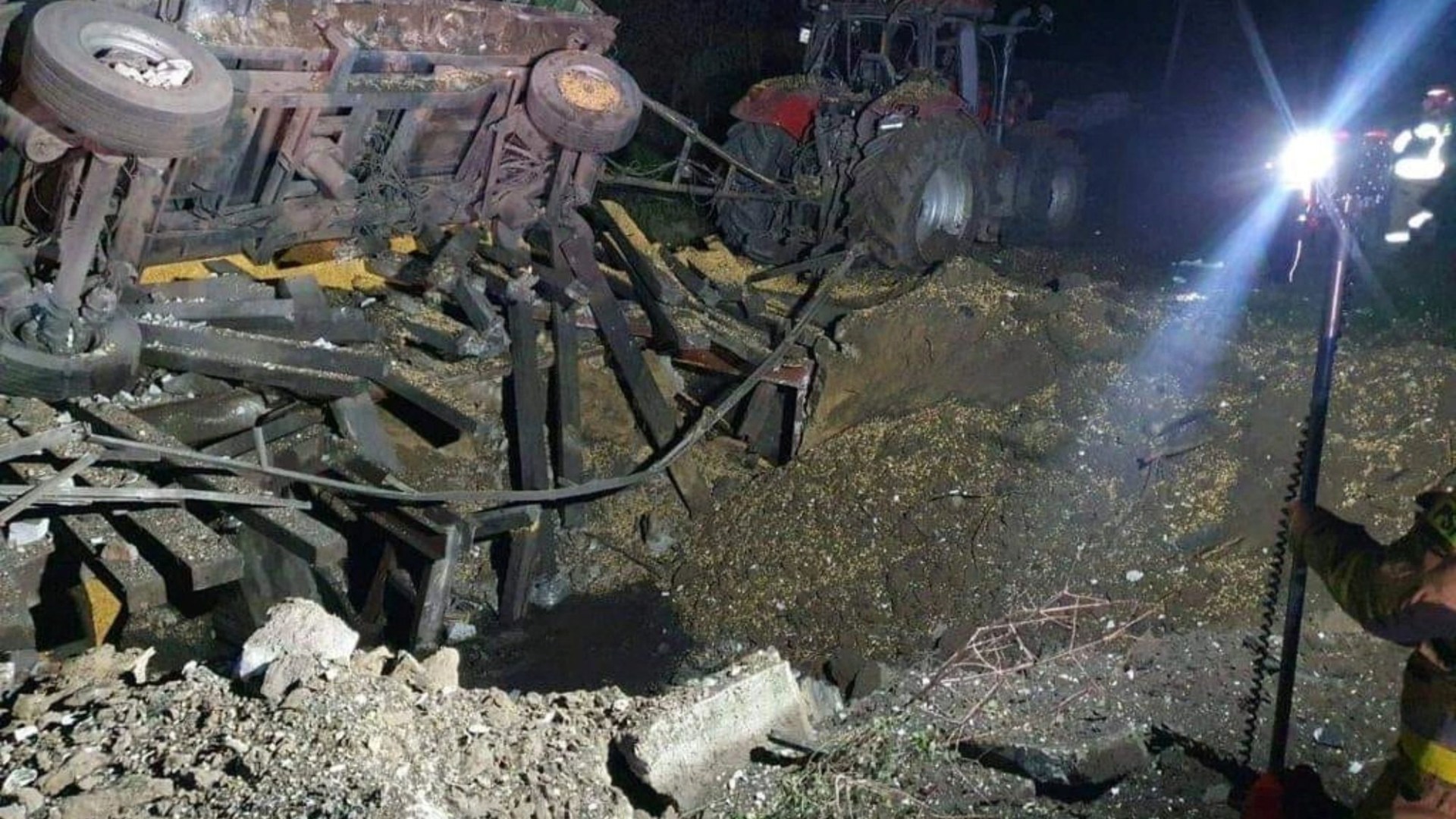 NATO has called an emergency summit after a “Russian-made” missile hit Poland, killing two, as Putin’s war in Ukraine spilled over the border in a “serious escalation”.

G7 leaders also met for crisis talks early on Wednesday to decide on a “collective response” to the deadly strike on a Nato ally’s territory.

The rocket struck a farm at 3.40pm local time on Tuesday in the village of Przewodów, four miles from the Ukraine border.

Allies condemned the blasts and said they were “ready to defend every inch of territory” as Polish ministers met for an emergency crisis meeting.

The Pentagon said it could not corroborate reports but a senior US intelligence official said Russian missiles had crossed into Nato member Poland, according to AP and Reuters.

Late last night Poland’s president said the explosion that killed two citizens was caused by a “Russian-made” missile, although there was no firm proof of who fired it. 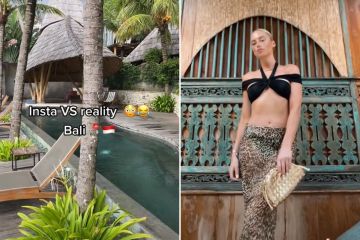 It was the first time a missile has strayed over the border from Ukraine since the invasion in February.

He said in a TV address last night: “Today, something that we have been warning for a long time has happened.

“Terror is not limited to our state borders. Russian missiles hit Poland …on Nato territory.

“This is a Russian missile attack on collective security.

“It’s only a matter of time before Russian terror goes further. We must act”

However, the Kremlin angrily denied it was to blame, claiming the reports were a “provocation” by the West.

It said: “Statements by the Polish media and officials about the alleged fall of ‘Russian’ missiles in the area of ​​​​the settlement of Przewoduv is a deliberate provocation in order to escalate the situation.

“No strikes were made against targets near the Ukrainian-Polish state border by Russian means of destruction.”

It came as Russia fired nearly 100 missiles on Ukraine in its biggest attack on energy and water plants so far, plunging ten million into darkness.

Images showed an overturned tractor-trailer beside a giant crater in the ground, and what appeared to be missile debris nearby.

Investigators were last night inspecting the wreckage to identify the types of missile, range and likely firing point.

Some experts suggest that the debris from the missile at the site appears to be repurposed air defence missile, rather than a cruise missile, according to Visegrad24.

Other analysts suggest the rockets were intended for Lviv, a Ukrainian city about 60 miles south of Przewodów.

Polish Armed Forces were put on “high alert” and scrambled two fighter jets from the airport in Tomaszów Lubelski.

Polish PM Morawiecki and President Andrzej Duda summoned a crisis meeting of ministers “as a matter of urgency”.

“I appeal to all Poles to remain calm around this tragedy. Let’s be prudent. Let’s not let ourselves be manipulated. We must be guided by restraint and prudence,” PM Morawiecki said.

Meanwhile, his presidential counterpart said there was no “conclusive evidence” of who fired the “Russian-made” missile.

President Duda said: “The North Atlantic Alliance is on alert. We have strengthened the readiness of the Polish armed forces, including the air defence. Our planes will be supported by allied planes. We act calmly and prudently.”

Poland also said it was increasing the “combat readiness” of some units and has summoned the Russian ambassador to explain.

Mr Duda later said he had spoken to Nato general secretary Jens Stoltenberg and that Warsaw was “likely” to trigger Nato’s Article 4 during an emergency meeting with the military alliance on Wednesday.

That is invoked when a member feels threatened by another country and triggers formal talks on how to counter the threat.

However, it does not automatically trigger a military response from allies.

The strike has prompted a fierce response from members of the Polish establishment.

Senate Adviser Marcin Zaborowski vowed there would be a military response from Nato if the strike was proved to be intentional.

Meanwhile, US officials told Politico that today’s explosions were caused by a missile strike or an errant missile and not remnants of a missile Ukrainian armed forces shot down.

Hungary is also understood to be convening an emergency defence meeting, according to the BBC.

UK officials said they urgently investigated the strike with allies.

Rishi Sunak, who is currently at the G20 summit in Bali, tweeted: “I “have just spoken with the Foreign Secretary and Defence Secretary.

“We are urgently looking into reports of a missile strike in Poland and will support our allies as they establish what has happened.

“We are also coordinating with our international partners, including Nato.”

Later he sat with Joe Biden and other leaders to discuss the developments in Europe. 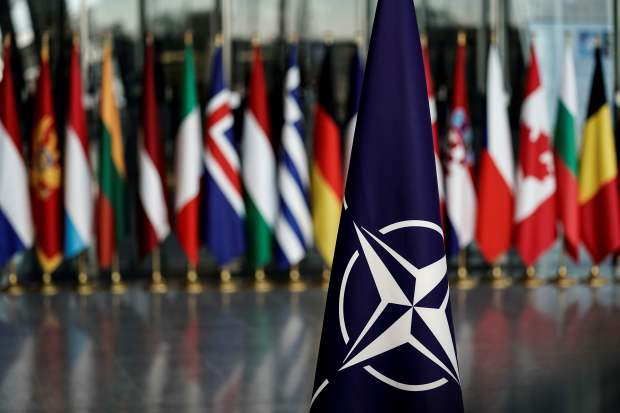 POLAND has been a Nato member since 1999.

The treaty was drawn up to tackle the Soviet Union in 1949. It has now grown to a 30-member-strong bulwark against Russian aggression.

Article Five of the treaty states all members “will take the actions it deems necessary to assist the Ally attacked” including a military response.

It has been triggered once — after the September 11  attack on the World Trade Centre in New York in 2001, which led to the invasion of Afghanistan.

A crisis came in 2012 after Russia shot down a Turkish military jet.

The group condemned “barbaric” attacks by Russia on Ukrainian cities as they pledged support for Poland’s investigation.

“We condemn the barbaric missile attacks that Russia perpetrated on Ukrainian cities and civilian infrastructure on Tuesday,” the statement read.

“We discussed the explosion that took place in the eastern part of Poland near the border with Ukraine. We offer our full support for and assistance with Poland’s ongoing investigation. We agree to remain in close touch to determine appropriate next steps as the investigation proceeds.

“We reaffirm our steadfast support for Ukraine and the Ukrainian people in the face of ongoing Russian aggression, as well as our continued readiness to hold Russia accountable for its brazen attacks on Ukrainian communities, even as the G20 meets to deal with the wider impacts of the war. We all express our condolences to the families of the victims in Poland and Ukraine.”

The Pentagon said it was “looking into” reports of the attack.

Department of Defense press secretary Patrick Ryder added: “We’ve been crystal clear that we will defend every inch of Nato territory.

“We’re very confident in any force protection measures that we take, whether it be in Poland or elsewhere.”

“Criminal Russian regime fired missiles which target not only Ukrainian civilians but also landed on Nato territory in Poland. Latvia fully stands with Polish friends and condemns this crime.”

Estonian officials said the latest news from Poland was “most concerning”.

“We are consulting closely with Poland and other Allies. Estonia is ready to defend every inch of Nato territory. We’re in full solidarity with our close ally Poland,” a statement said.

However, Biden that it was “unlikely” that the missile was from Russia, however, he supported Poland’s investigation.

“There is preliminary information that contests that,” Biden said to reporters when asked if the missile had been fired from Russia.

“It is unlikely in the lines of the trajectory that it was fired from Russia, but we’ll see.”

It’s unknown if the president suggested that the missile wasn’t fired by Russia at all, however, Ukraine maintains stocks of former soviet and Russian-made weaponry.

He promised on Twitter “full U.S support for and assistance with Poland’s investigation,” and “reaffirmed the United States’ ironclad commitment to Nato.”

It comes as one person was confirmed killed and half of Kyiv was plunged into darkness after being struck by 100 Russian missiles today.

Missiles rained down across Ukraine in retaliation for the capture of Kherson and attempts to condemn Russia’s barbaric invasion at this year’s G20 in Bali, Indonesia.

Putin’s forces struck 15 power stations and other essential civilians infrastructure, forcing shutdowns across the country and plunging parts of the capital into darkness, according to President Zelensky.

Ukraine claims it shot down 70 of the 100 missiles launched on Tuesday.

Harrowing footage shows a residential building up in flames after being struck by one of Putin’s rockets.

According to officials, at least two residential buildings were hit during the November 14 strike.

“There is an attack on the capital. According to preliminary information, two residential buildings were hit in the Pechersk district,” Kyiv Mayor Vitali Klitschko said.

“Several missiles were shot down over Kyiv by air defence systems. Medics and rescuers are at the scene of the strikes.”

Moments later, he confirmed more missiles his a multi-storey building.

“Does anyone seriously think that the Kremlin really wants peace? It wants obedience. But at the end of the day, terrorists always lose,” Yermak said.

Around a third of Ukraine’s power grid has been knocked out by weeks of targeted bombardment, causing rolling blackouts and a lack of heating.

The shameless bombardment left half of Kyiv and the city of Zhytomyr without power.

Strikes were recorded in Lviv and Rivne in the west, Kharkiv in the northeast, Kryvyi Rih, Poltava, and Zaporizhzhia in the centre and Odesa in the south.

It comes as President Zelensky told world leaders at this year’s G20 summit they needed to step up actions to halt Russia’s attacks on Ukraine.

He said they could “save thousands of lives” by urging Moscow to withdraw from occupied territories.

“I am convinced now is the time when the Russian destructive war must and can be stopped.”