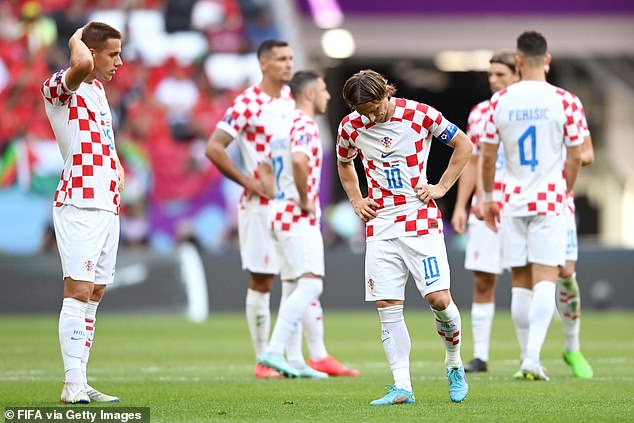 Morocco 0-0 Croatia: African side unfortunate not to win first Group F game at the World Cup as Luka Modric and Co launch their bid to go one step further than 2018 with a dismal display

By Rob Draper for MailOnline

Gareth Southgate might still have nightmares about Croatia, conquerors of England at Russia 2018, and specifically their midfield trio with that passing carousel, led by Luka Modric, which ended his World Cup dreams.

And yet, after a disappointing Euro 2020 last summer, Croatia found themselves held here by a strong Morocco side here in a game which looked as though a point-a-piece was the ideal low risk start for both teams.

With Belgium and Canada in the group, all the teams are well matched, and all will realistically have their sights on the second round but both these nations seemed content to take their chances in the latter games, perhaps spying Canada as the weak link. 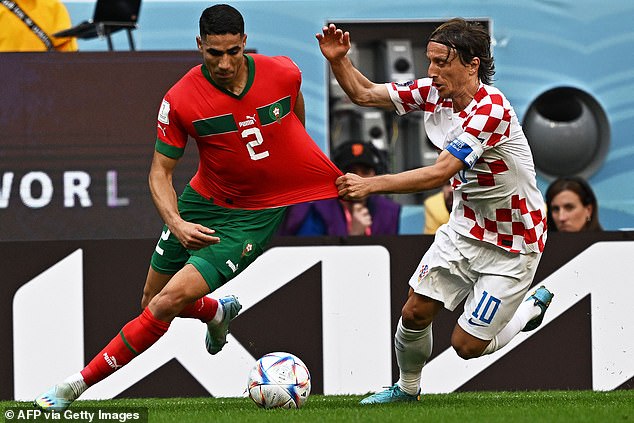 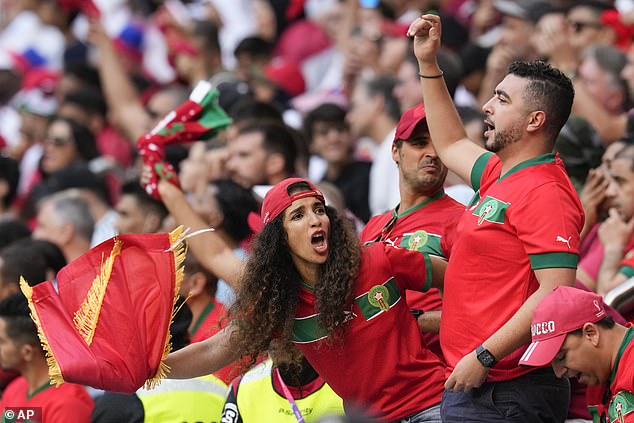 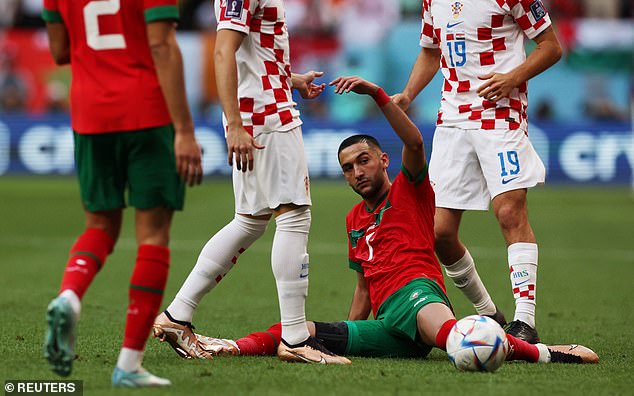 And if Croatia came into the game with midfield supremacy on their mind, with Modric supported by Marcelo Brozavic and Mateo Kovacic, it was Morocco who made the early running.

Sofyan Amrabat was physically imposing in his holding midfield role and Selim Amalllah and Azzedine Ounahi were preventing the Croatia from functioning in quite the way we’re used to.

Chelsea’s Hakim Ziyech, back after a long running dispute with the former coach, was a more influential first half player than Modric, his cross from wide right just missing the head of Sevilla’s En-Nesyri

But Croatia came to life as they half came to a close. Birna Sosa broke down the left on 45 minutes and pulled back an excellent cross for Nikola Vlasic, who connected well enough but found Sevilla goalkeeper Bono, who reacted well, sticking out a leg to save.

As the two minutes of injury time drew to a close, a deflected shot fell to Modric, who struck from 20 yards out but saw his shot clear the cross bar.

Croatia stepped up and Morocco stepped back after half time, the latter defending deeper.

But still, the Croatians struggled to find clear-cut chances.

Modric did then prise an opening on 54 minutes, with a delightful cross field pass for Josip Juranovic, whose cross looked ready to be headed home until PSG’s Achraf Hakimi intervened. 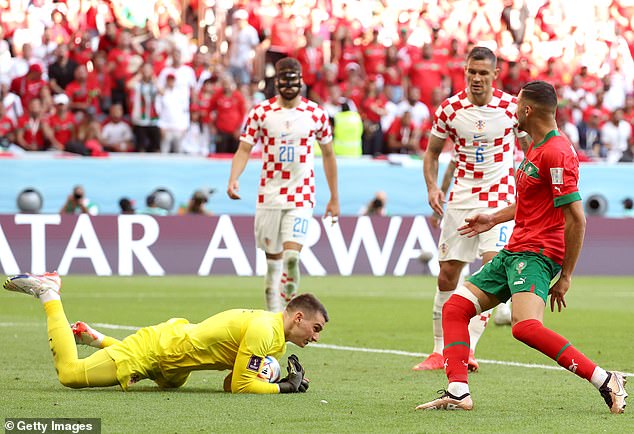 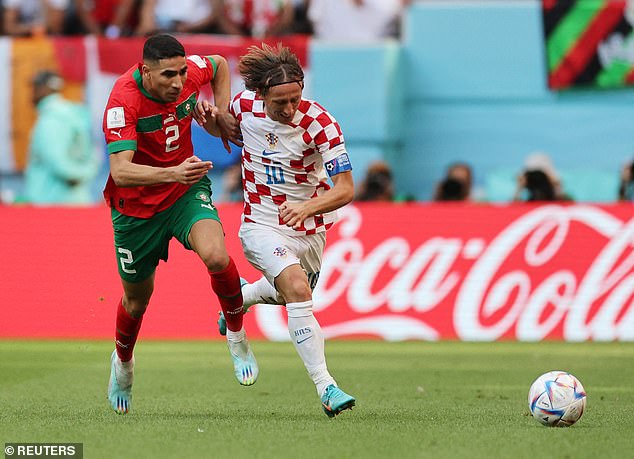 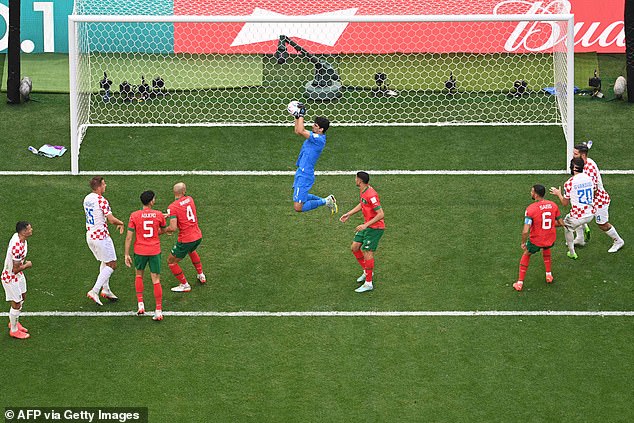 Bayern Munich, having lost Lucas Hernandez to a cruciate knee ligament yesterday, would have be alarmed to see full back Noussair Mazaroui carried off on the hour, shortly after his diving header had forced a save from Dominik Livakovic.

Ziyech continued to shine down the right but Croatia managed to clear his dangerous cross on 63 minute.

And the best chance of the half came from Hakimi on 65 minutes, after Ziyech touched a free kick to him 25 yards out.

Ultimately it felt as though both team were fairly relaxed with their point from the first game as there was no desperate injury time scramble to break the deadlock and embraces all round at the end. 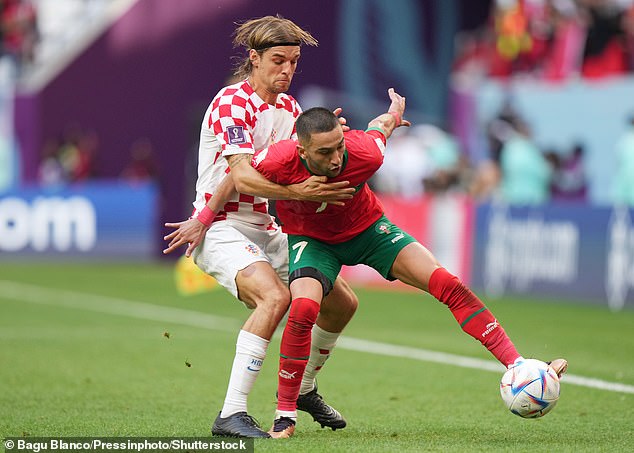 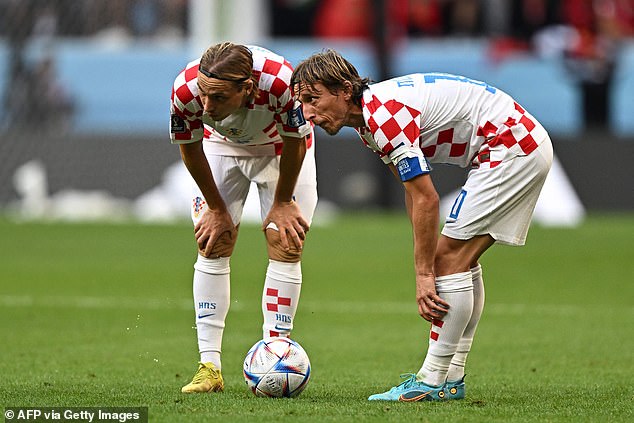 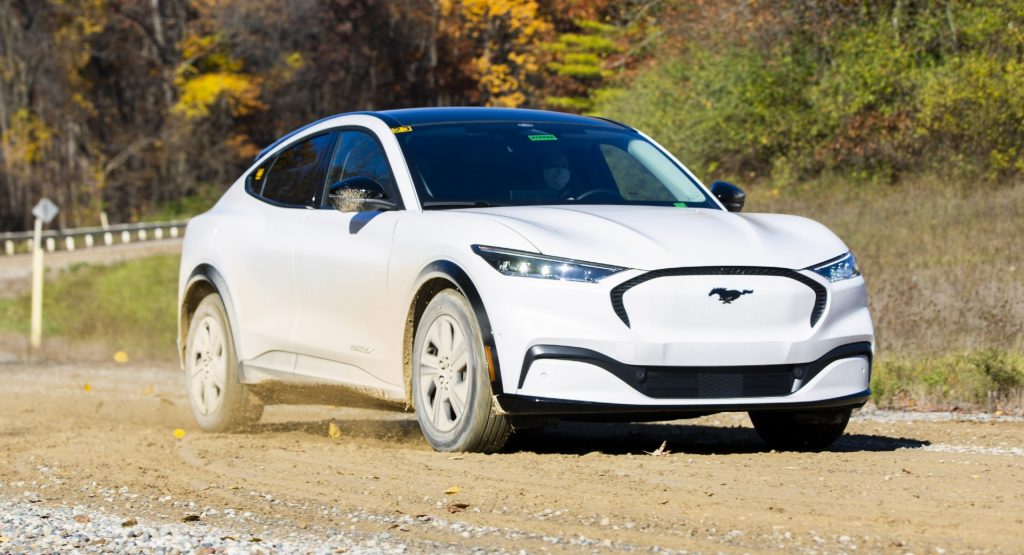