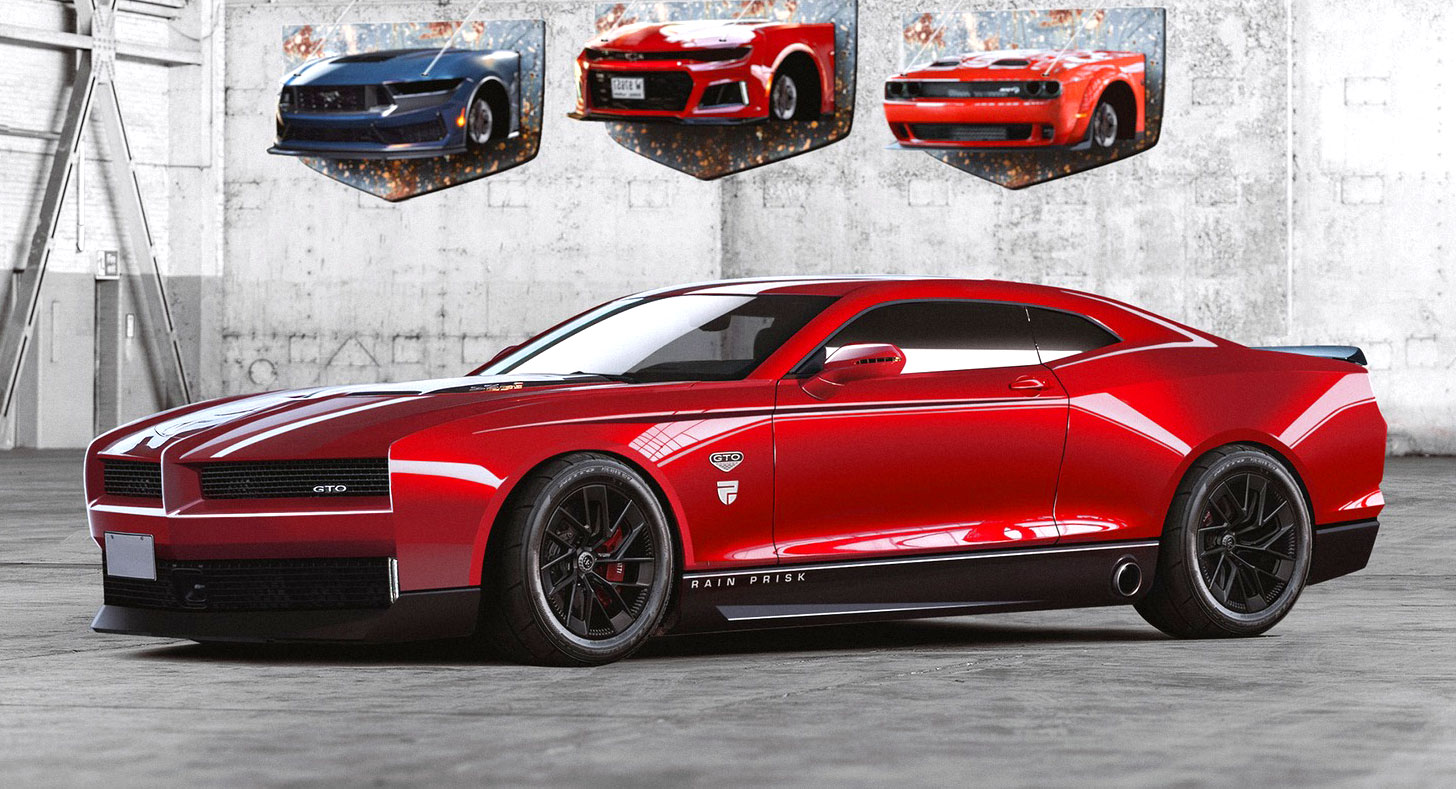 This story contains a fictional render of a Pontiac GTO from artist Rain Prisk who is neither related to nor endorsed by GM.

It’s been some 12 years since Pontiac was killed off by General Motors and while it’s unlikely that it will ever be revived, a talented designer has dreamt up what could be the perfect car to relaunch the Pontiac brand.

Pontiac produced a dizzying array of vehicles throughout the near-century of its existence. One of the most memorable was the Pontiac GTO so it’s fitting that Rain Prisk has designed a modern-day version of it that could rival the likes of the Ford Mustang, Chevrolet Camaro and Dodge Challenger.

The overall shape of the revived Pontiac GTO presented is similar to that of the current Camaro. This is particularly evident in the shape of the roof, side windows, and rear quarter panels. However, there are some areas of the car’s design that we think make it actually look better than even the Camaro.

For starters, Rain Prisk has imagined it with a pair of black side skirts that contrast the red bodywork and housing side-exiting exhaust pipes, a feature that we wish more modern sports cars and muscle cars had.

The front fascia of the GTO is unquestionably the highlight and houses two large grilles just like the original car. We’re also particularly fond of the sharp front quarter panels and the prominent front splitter.

If the Pontiac brand was revived with a muscle car that looked something like this, we’d be the first to rush to a dealer and place a deposit. Would you do the same? 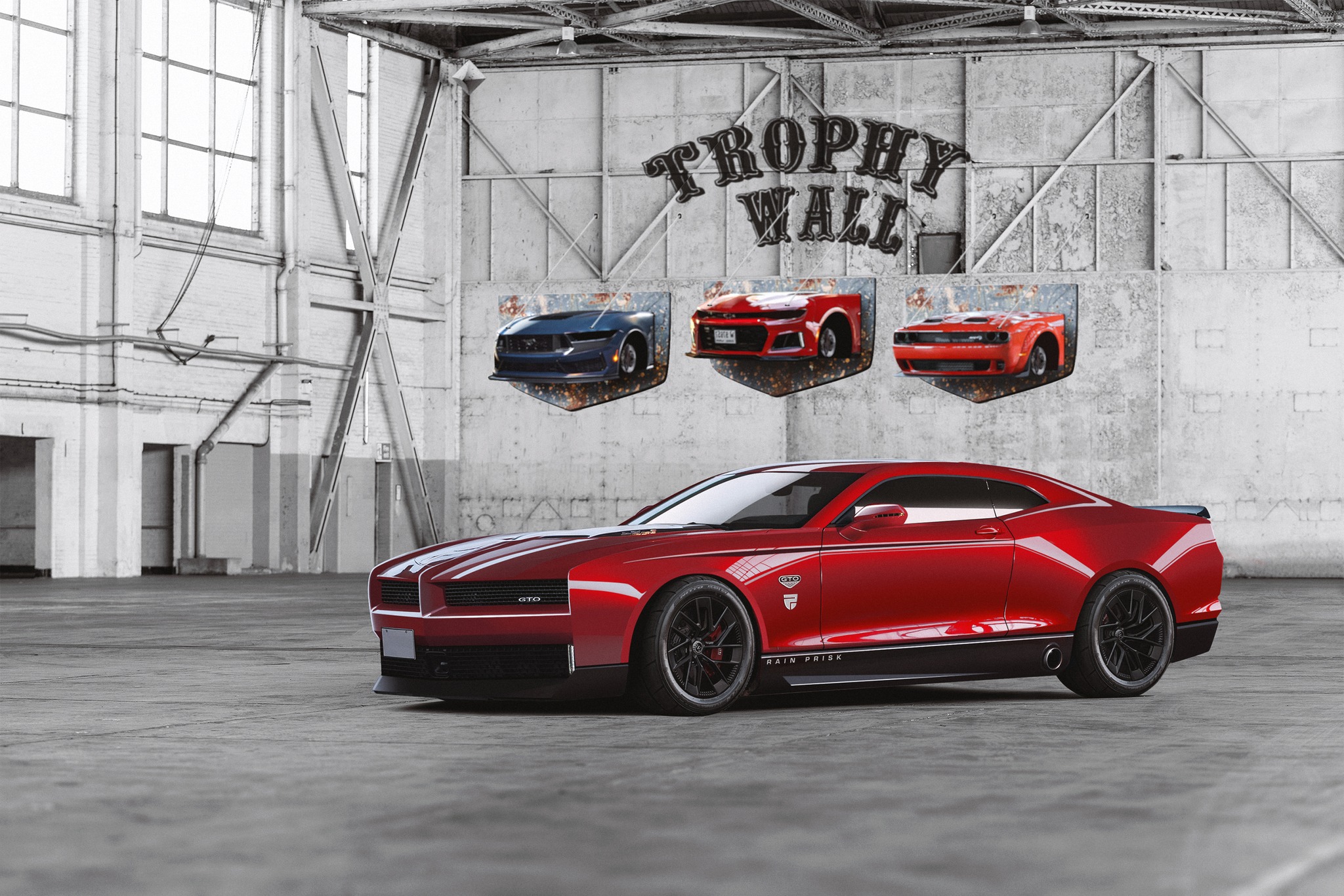