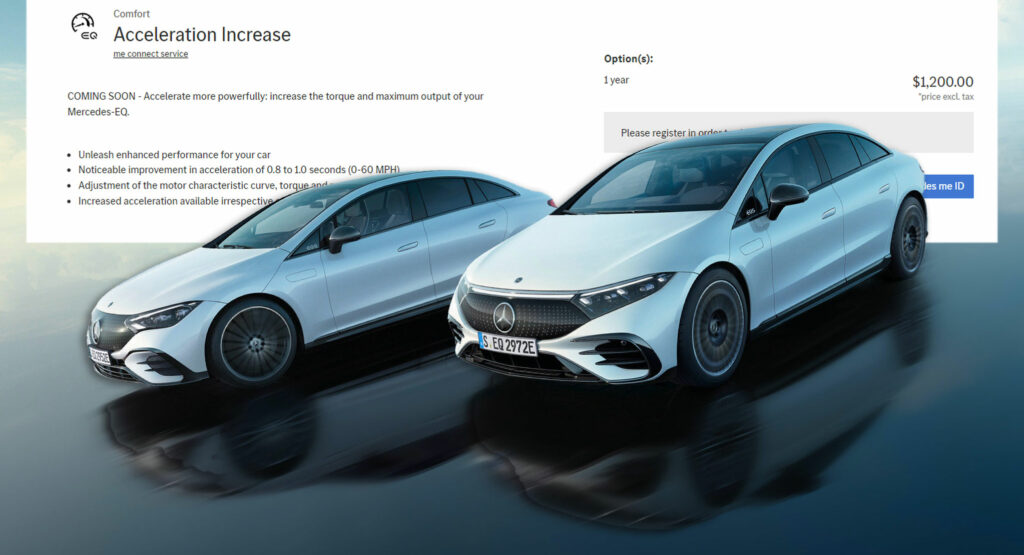 Mercedes-Benz USA has posted a new product called “Acceleration Increase” to its online shop’s website. The new service costs $1,200 for one year (excluding tax) of the service, which can improve an EQ vehicle’s acceleration by 0.8 to 1.0 seconds.

The automaker writes that the new service will “unleash enhanced performance for your car” and give it a “noticeable improvement in acceleration.” It will do this by adjusting the “motor characteristic curve, torque, and maximum output.”

Mercedes adds that fine-tuning of the electric motors allows for an increase of maximum motor output for a Mercedes EQ vehicle by 20 to 24 percent, depending on the original factory output. 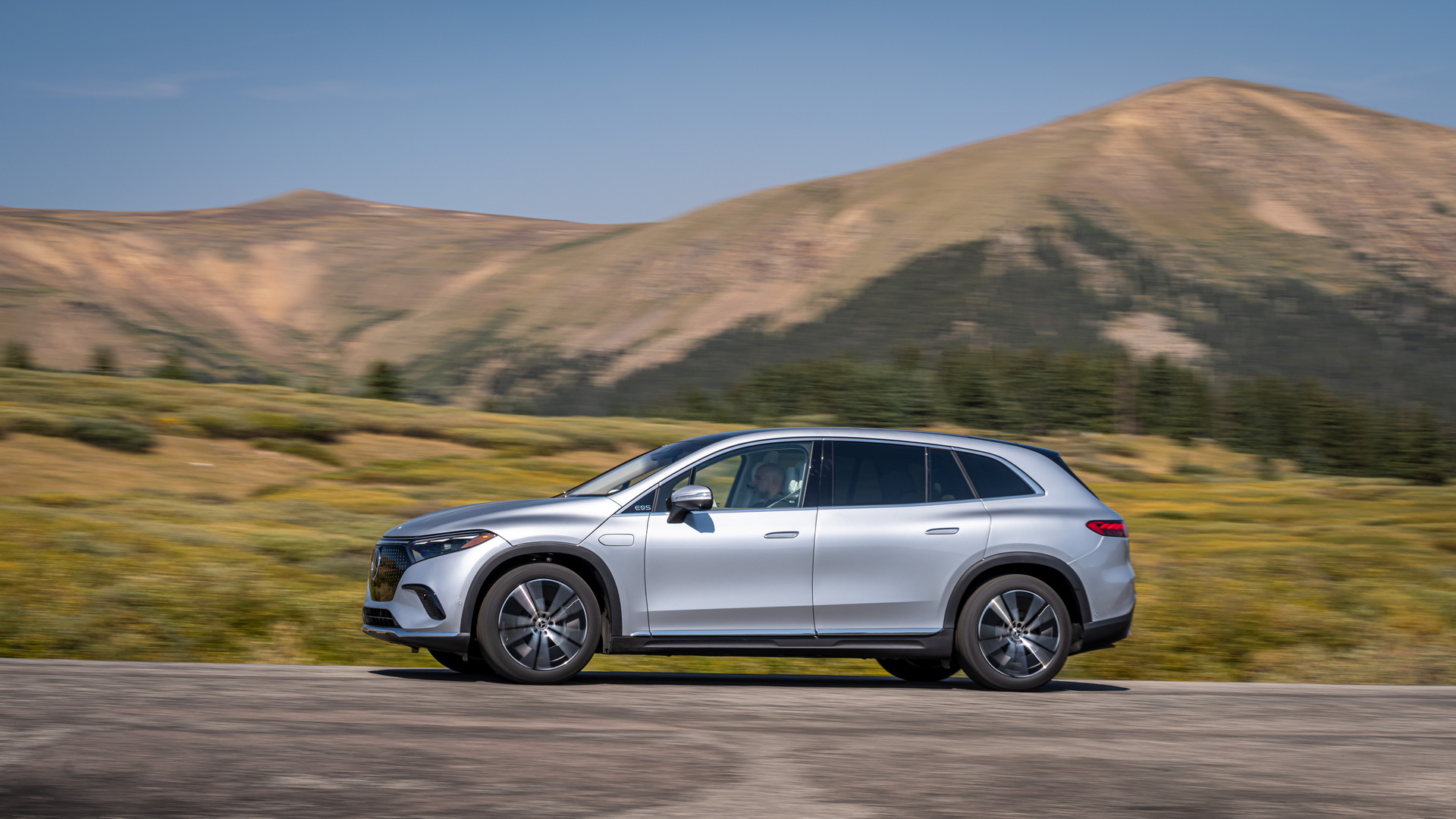 The Mercedes EQE SUV 350 4Matic, meanwhile, gets the same power increase, which allows it to hit highway speeds in just 5.2 seconds, instead of the 6.2 seconds it is rated at from the factory.

We have reached out to Mercedes-Benz USA for more information on this product, but the new has so far evoked memories of the subscription services that have been attempted by other automakers and bemoaned by consumers. The service has been compared to BMW’s attempts to charge customers for wireless Apple CarPlay or heated seats, which are functions that the vehicle was always capable of delivering, but that customers were barred from accessing unless they paid an extra fee.

Mercedes will likely be more interested in how many consumers actually buy “Acceleration Increase” when it becomes available, which the company’s website indicates will be “soon.” 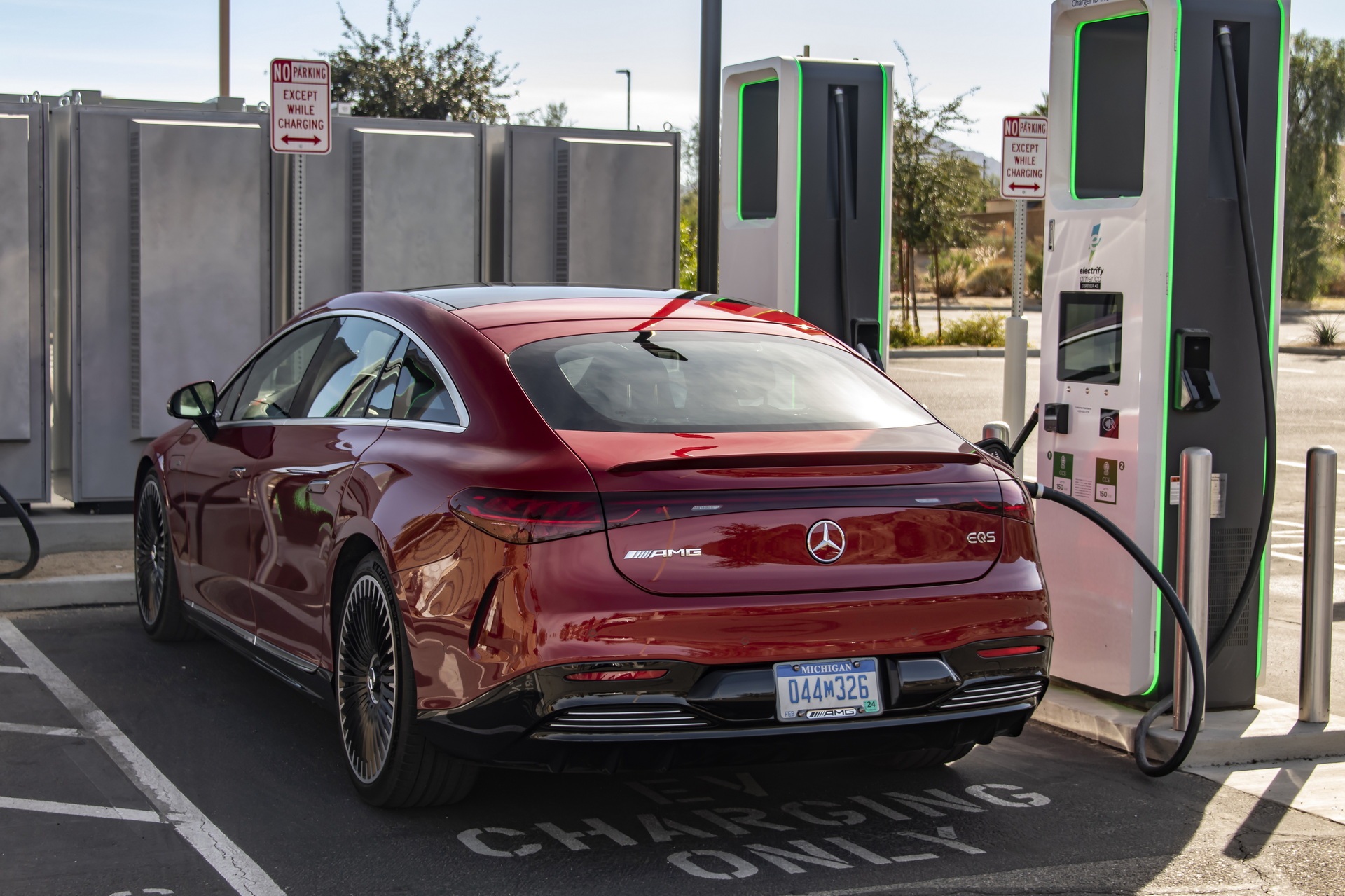