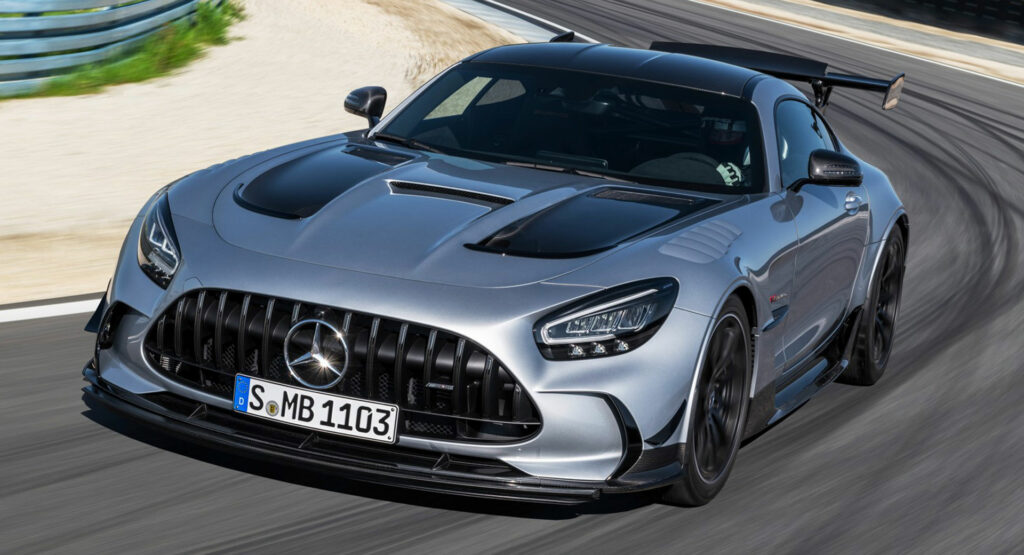 No one is going to deny that the Mercedes-AMG GT Black Series is a beast. In fact, it was once the fastest production car to ever lap the Nurburgring Nordschleife. However, not even a vehicle as prized as this should be hit with a nearly 100 percent price markup.

Veteran automotive journalist Jonny Lieberman recently shared this image of a pricing sticker attached to a GT Black Series being sold by Mercedes-Benz Rockville Center in New York. The dealer is asking an eye-watering $678,495 for the car, despite the fact that it has an MSRP of $338,160.

The price sticker reveals the supercar has been slapped with a $336,840 ‘market adjustment.’ We have no idea how or why the dealer settled on this specific figure but it almost pushes the car into hypercar cost territory. Adding insult to injury is the fact that the car also has undergone a full paint correction and ceramic coating, adding a further $3,495, resulting in a $678,495 asking price. No, you are not seeing things.

Market adjustments are nothing new but they’ve gotten out of hand over the past couple of years, reaching frankly hilarious levels as dealerships throughout the United States look to cash in on increased demand for performance vehicles like the GT Black Series. Will anyone actually buy this Black Series, however?

A look on Autotrader reveals some 27 Mercedes-AMG GT Black Series models currently for sale in the United States. The vast majority of them have been driven less than 1,000 miles and most prices range from $420,000 to $500,000. That’s still a lot of money for a Mercedes and much pricier than the MSRP but it’s also a heck of a discount from the $678,495 being asked by Mercedes-Benz‘ Rockville Center.