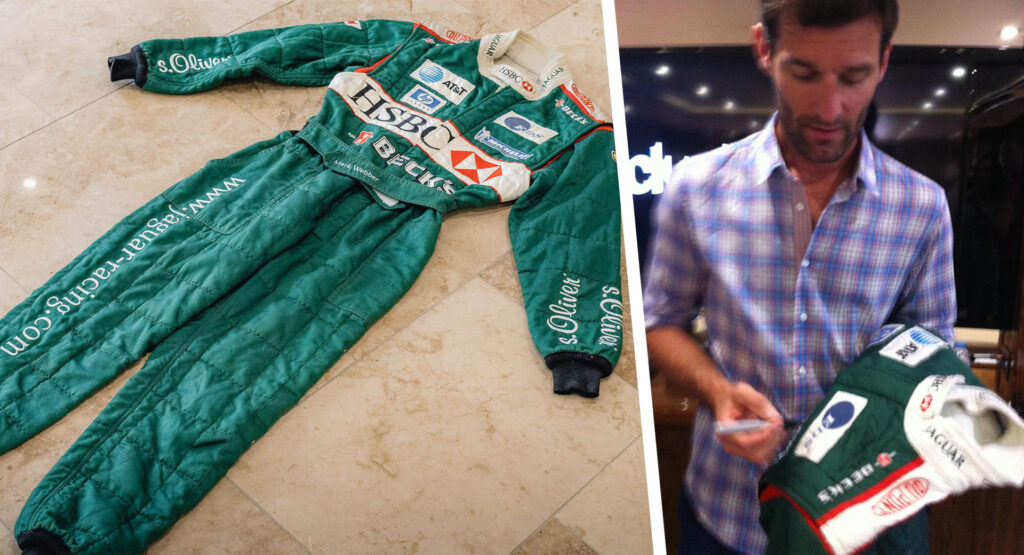 A modern F1 pit stop can take as little as two seconds. Even allowing for the fact that modern grand prix cars don’t have to refuel, that’s insane, and would have seemed like witchcraft to a 1950s single-seat hot shoe, who might have sat around waiting for over a minute for his team to swap his tires and fill the gas tank.

Those modern two-second stops don’t exactly give a lot of opportunity for toilet breaks, and F1 races can be awfully long, sometimes lasting up to two hours. And while drivers do sweat out a load of fluids hustling their cars around the track, sometimes they’ve simply got no alternative but to open the taps.

Now, we’re not saying Mark Webber definitely took a whizz in this Jaguar Racing suit, which is currently up for auction on Collecting Classics, but if we accept that some drivers do, and that this is a genuine F1 suit worn by Mark during the 2003 season, there’s a good chance that it’s been sprayed yellow at some point in its life. If it has, it doesn’t seem to have suffered unduly, though we do notice that it features sponsorship from Du Pont, the chemical company whose many products include fabric stain guards.

Related: Tom Cruise Engages In Dogfight In A 911 GT3 With Mark Webber And David Coulthard 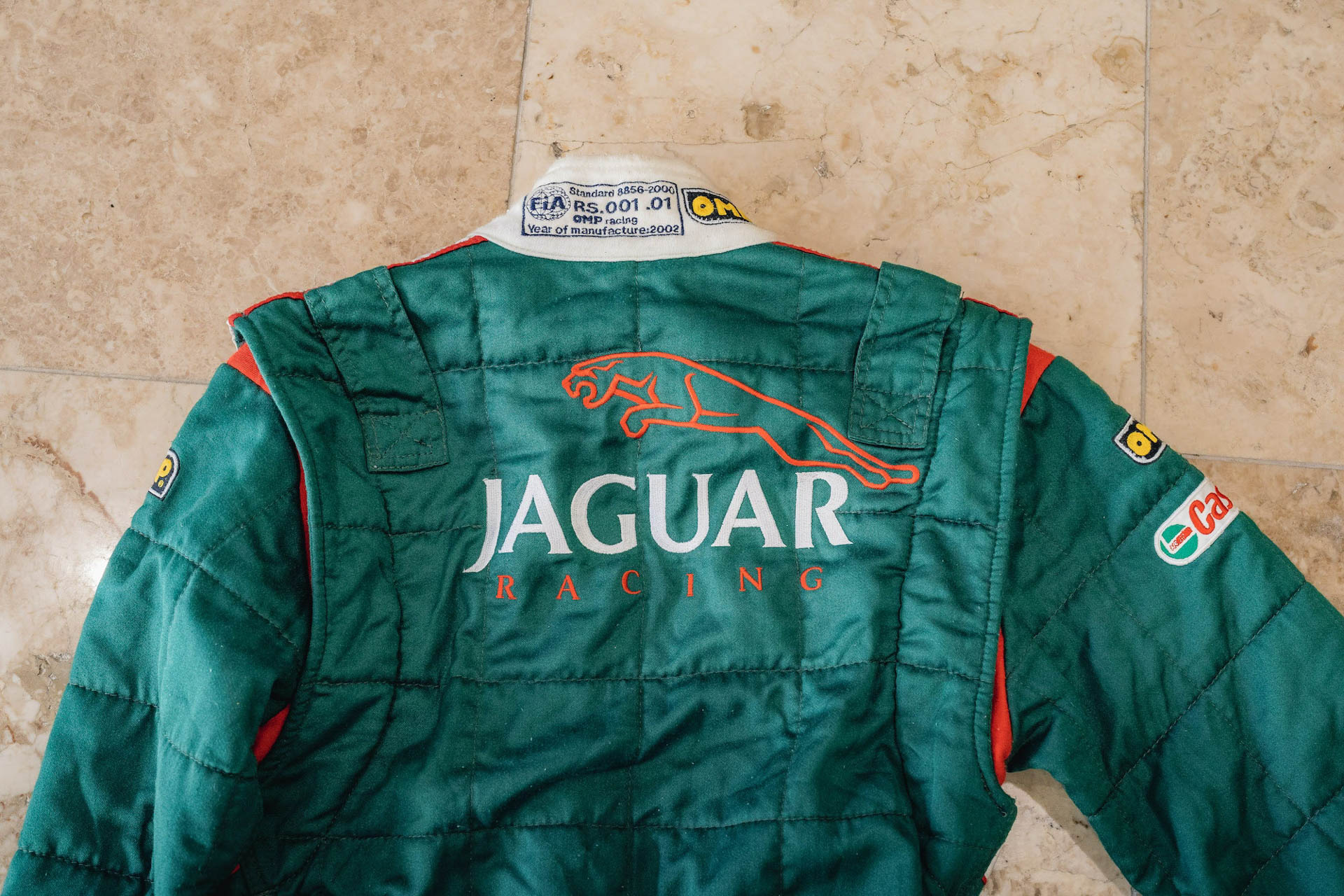 Jaguar Racing was so far off challenging Ferrari for top honors during the 2003 season, netting 18 points to the Scuderia’s 158, that Webber could have jumped out to take a leak at pit stops and wouldn’t really have mattered. The team finished seventh in the Constructors’ Championship, and scored no wins, podiums, poles or fastest laps, though Webber himself did bag a bunch of points and showed what a threat he might be in a better car.

The now-retired Aussie star has actually left his mark on this suit – his signature, we’re talking about his signature – which is being sold along with various other pieces of Jaguar memorabilia on the auction site. It’s too old to be legally used in modern motorsport events, but there’s nothing to stop you slipping it on when you take your F-type to a trackday, firing up the supercharged V8 and just letting rip.