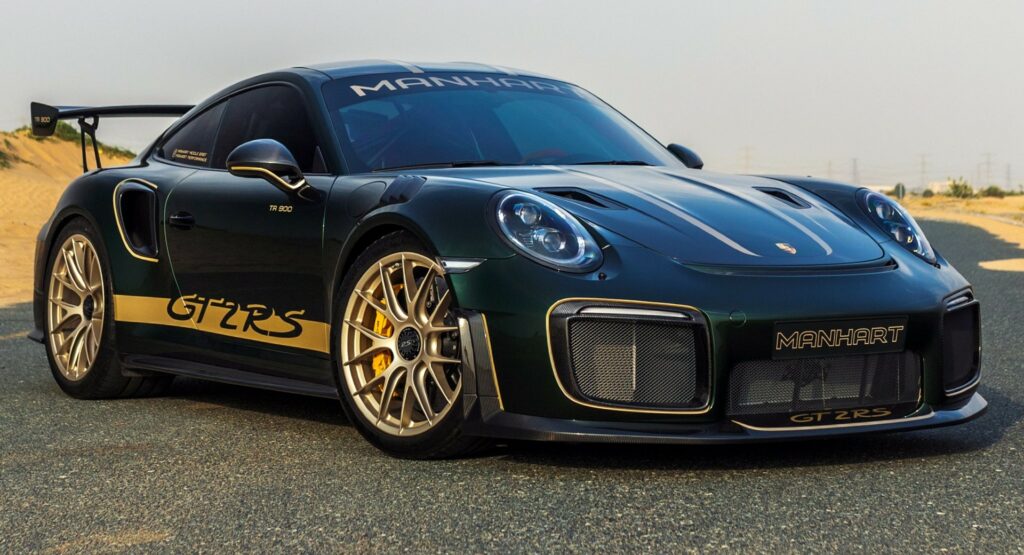 As we are all waiting for the new Porsche 911 GT2 RS, Manhart revealed a tuning package for the 991.2 generation, offering increased power output and a number of visual modifications.

The Manhart TR 900 is based on a full-spec Porsche 911 GT2 RS featuring both the Weissach and Clubsport packages. Visually, the track monster got a number of carbon fiber composite panels from DB Carbon. Those include a front splitter, intake garnishes, side skirts, diffuser, and more. Thankfully, the tuner didn’t change the beautiful Y-spoke center-lock magnesium wheels which are part of the Weissach package. The gold finish on those is matching the new decal set, contrasting the Midnight Dark Green shade of the bodywork. 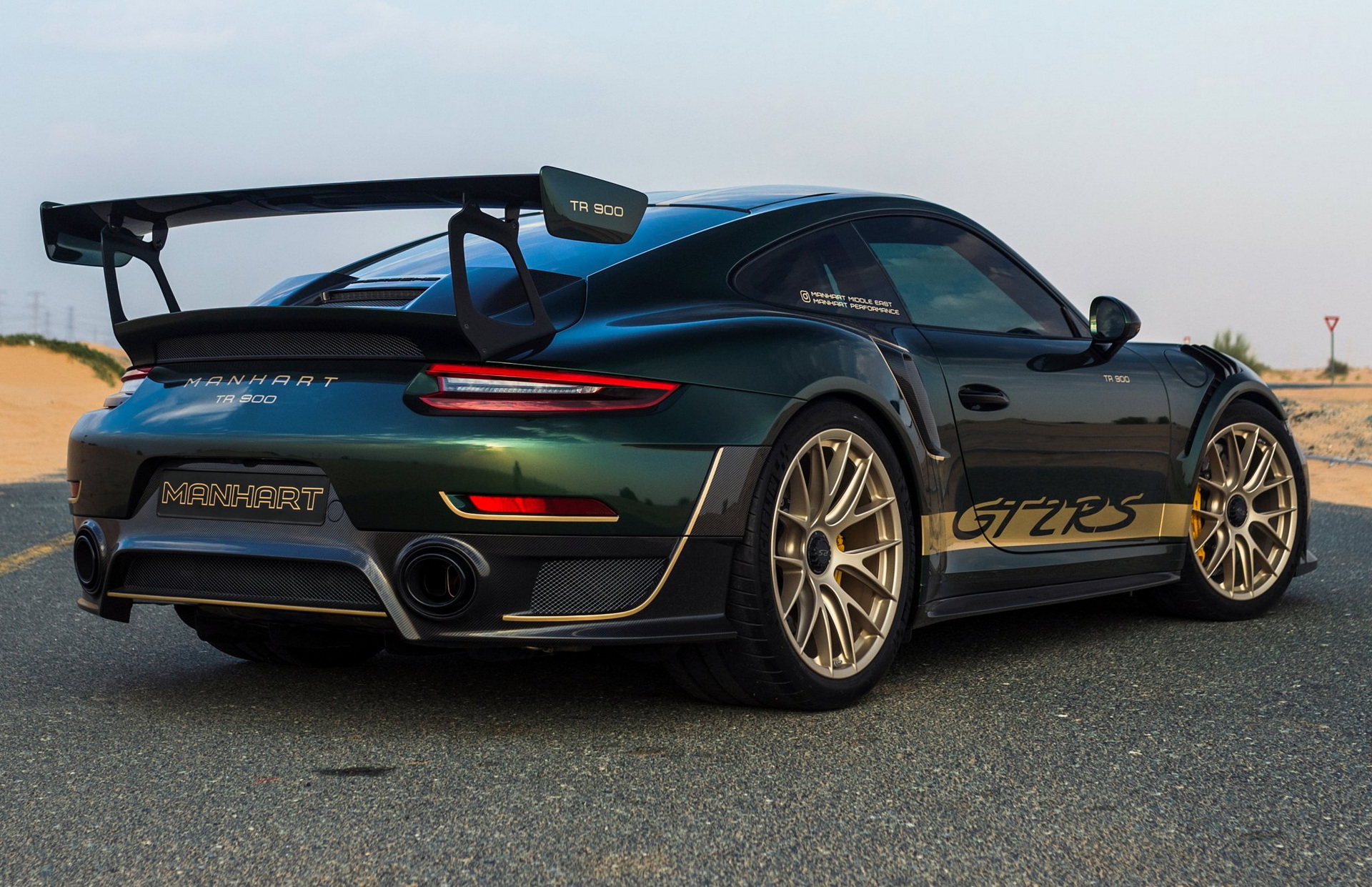 Responsible for this power bump are an ECU remapping by Mapswitch, a pair of larger TTH 1000 turbochargers, a CSF intercooler, a Manhart IPD aluminum manifold, and Kline Innovation’s downpipes with 200-cell HJS catalytic converters. The seven-speed PDK dual-clutch transmission was also upgraded in order to send all this power to the rear axle. The stock carbon ceramic brakes were good enough so Manhart didn’t change them, although they do offer special tuning for the suspension.

We don’t know the cost for the aforementioned modifications but the donor vehicle is quite pricey in the used car market. A pristine example of a 2018 911 GT2 RS Weissach was auctioned for $443,000 just a few months ago.