In 2017 Maju left his job as a travel consultant in Qatar and came home to pursue his passion — cinema. Although he did not have a dream debut with French Viplavam (2018), the director has hit the bull’s eye with his second movie, Appan.

A complex, hard-hitting take on human psyche, family and relationships, it is about a toxic patriarch, Itty, a paraplegic. While the people whom he has wronged — including his family — are waiting for him to die, the unapologetically ruthless Itty, continues to be his despicable self. “The books I have read, especially those on migration to the high ranges, have inspired the story. In their relentless bid to find a livelihood and home, some of them become cold-blooded and barbarous. Itty is one of those. We wanted to explore to what extent such an individual could torture his own family and trample upon societal norms,” explains Maju.

As the cast has come in for a lot of praise, Maju says that the characters of Itty and his wife Kuttiyamma were written with Alencier Ley Lopez and Pauly Valsan in mind. Sunny Wayne has given a solid performance as their hapless son, Njoonju. “Having worked with Sunny in French Viplavam, I knew that I could mould him to become Njoonju. We needed an experienced artiste to play his wife, Rosie, and Ananya excelled in that. For Molly, Itty’s daughter, our reference was the roles played by Kalpana or Urvashi and Grace Antony brings the same flavour in her acting,” he explains. Sheela, the woman Itty brings home, is played by debutante Radhika Radhakrishnan, dancer, anchor, and RJ, who was selected through an audition. 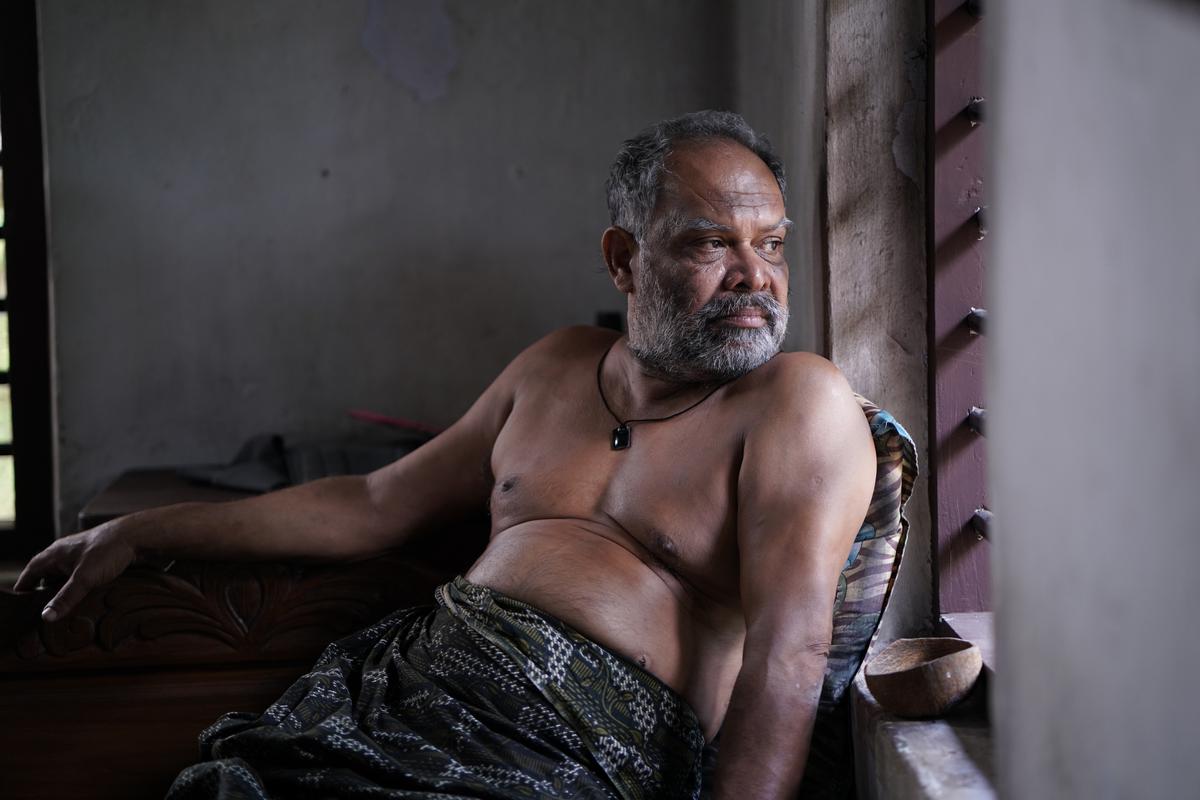 Even though all characters have grey shades, Maju ensured that no character is more cruel than Itty. “For example, Molly has her own agenda. Her greed goads her to turn a blind eye to Itty’s abuse of her mother. But we ensured that Molly isgreedy but not vicious like Itty,” Maju says. The director recalls that the artistes were not comfortable with the profanity in the movie.

All women characters have their space in the narrative — Kuttiyamma, Rosie, Sheela, Molly, and the two women who come to meet Itty. “It was a conscious decision to have strong women characters. In fact, most of the positive reviews have been posted by women,” Maju adds. 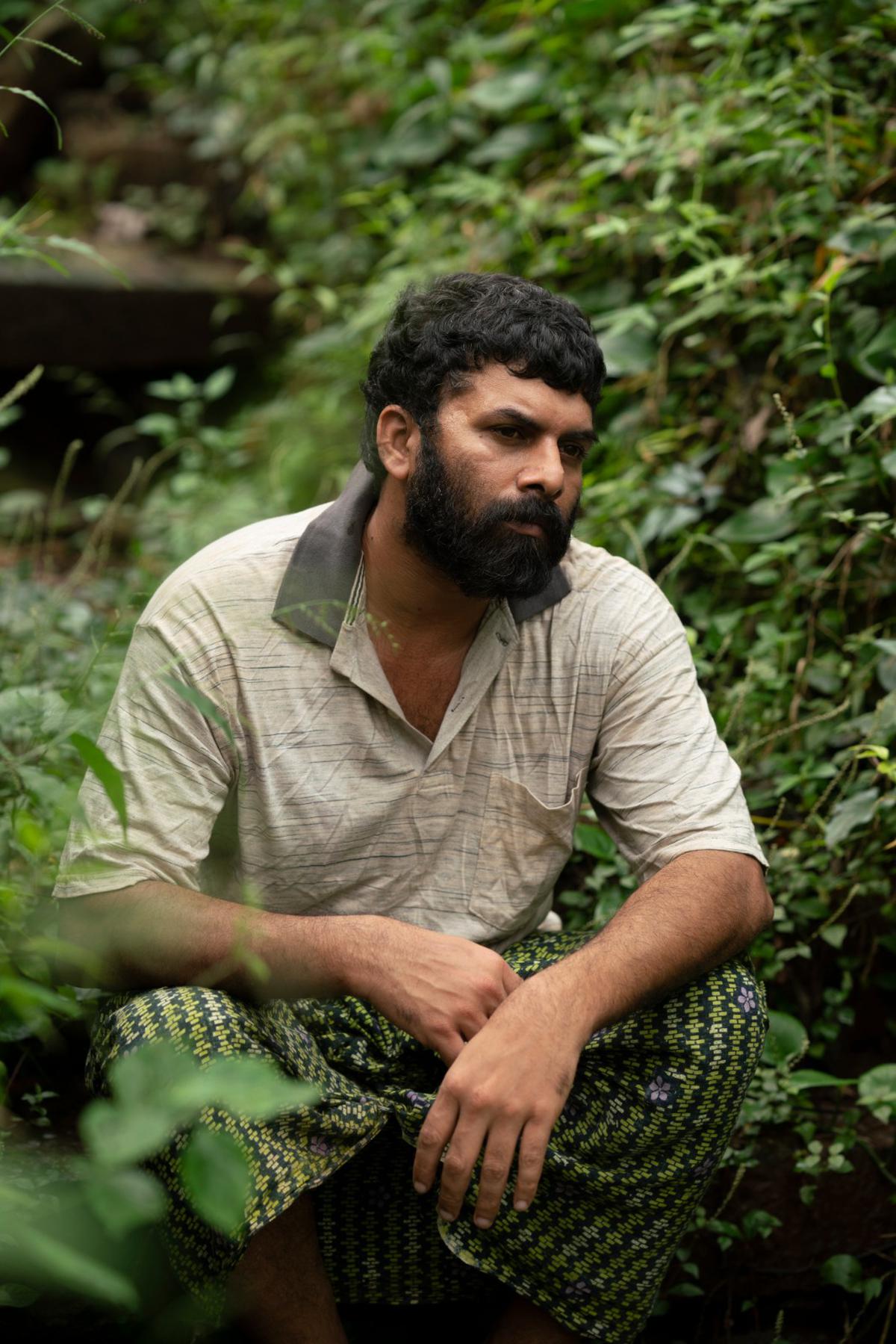 He makes special note of the artistes who played Balan maash (Chilamban), Varghese (Anil K Sivaram) and Kuriako (Ashraf Mallissery). Chilamban had a role in Don Palathara’s 1956, Central Travancore, Anil has done small roles in Ambili and Jallikattu and Ashraf has acted in Kammattipaadam. “It was exciting to cast Ashraf as Kuriako, Itty’s enemy, because the audience was expecting to see a well-built, rough and tough guy pitted against Itty. Instead, we chose a weak, aged Kuriako. It was a deliberate move because otherwise, the viewer might have felt sympathy for Itty, which we did not want at any point,” he explains.

Dialogues are core to the movie as the past of the characters unfolds through narration. “All the action happens in and around Itty’s house. So it was important that the narrative was engaging, with regular twists and surprises thrown in and we had to make that happen through the dialogues,” he explains.

Maju has co-written the script with R Jayakumar, the co-writer of Lijo Jose Pellissery’s Jallikattu. “When I decided to get into films I had no focus. So I decided to see the process and tagged along with Lijo since I already knew him. I was there on the sets of Ea.Ma.Yau and Jallikattu where I met Jayakumar. Initially, I wanted to write screenplays, but eventually, I decided to try direction as well,” he says. Maju is on to his next project, which also has Jayakumar as the co-writer.

Talking about certain open-ended sub-plots in the movie, Maju says that they have left it for the viewers to discuss and debate. “Some wanted to know about the conflict between Balan and Itty and if there is a mystery in Varghese’s death. Few of my friends wanted to find out who had killed the pet in Itty’s house. It was a deliberate decision to leave that as such.”

He makes special note of the producers [Josekutty Madathil and Ranjith Manambarakkat] for believing in the project. “I had discussed the story initially with [filmmaker-cinematographer] Rajeev Ravi and we had even planned to make a low-budget movie. But suddenly he had to get back to his other commitments. That’s when Sunny put me in touch with our producers.”

Even though he wanted to release Appan in theatres, Maju was not sure if the audience would warm up to the subject. “Recently, a film with a serious theme did not do well in the theatres even though I Iiked it a lot. I didn’t want my producers to incur any loss. That’s why we decided to approach an OTT platform. Even then we weren’t sure of getting through because all OTT platforms have become strict about the content they approve,” he says.

A big fan of the works of KG George, Dileesh Pothen, Rajeev Ravi and Zakariya, Maju hopes to release French Viplavam [on OTT]. “But we will have to re-work certain aspects before going ahead with the idea.”

Appan is streaming on SonyLIV.