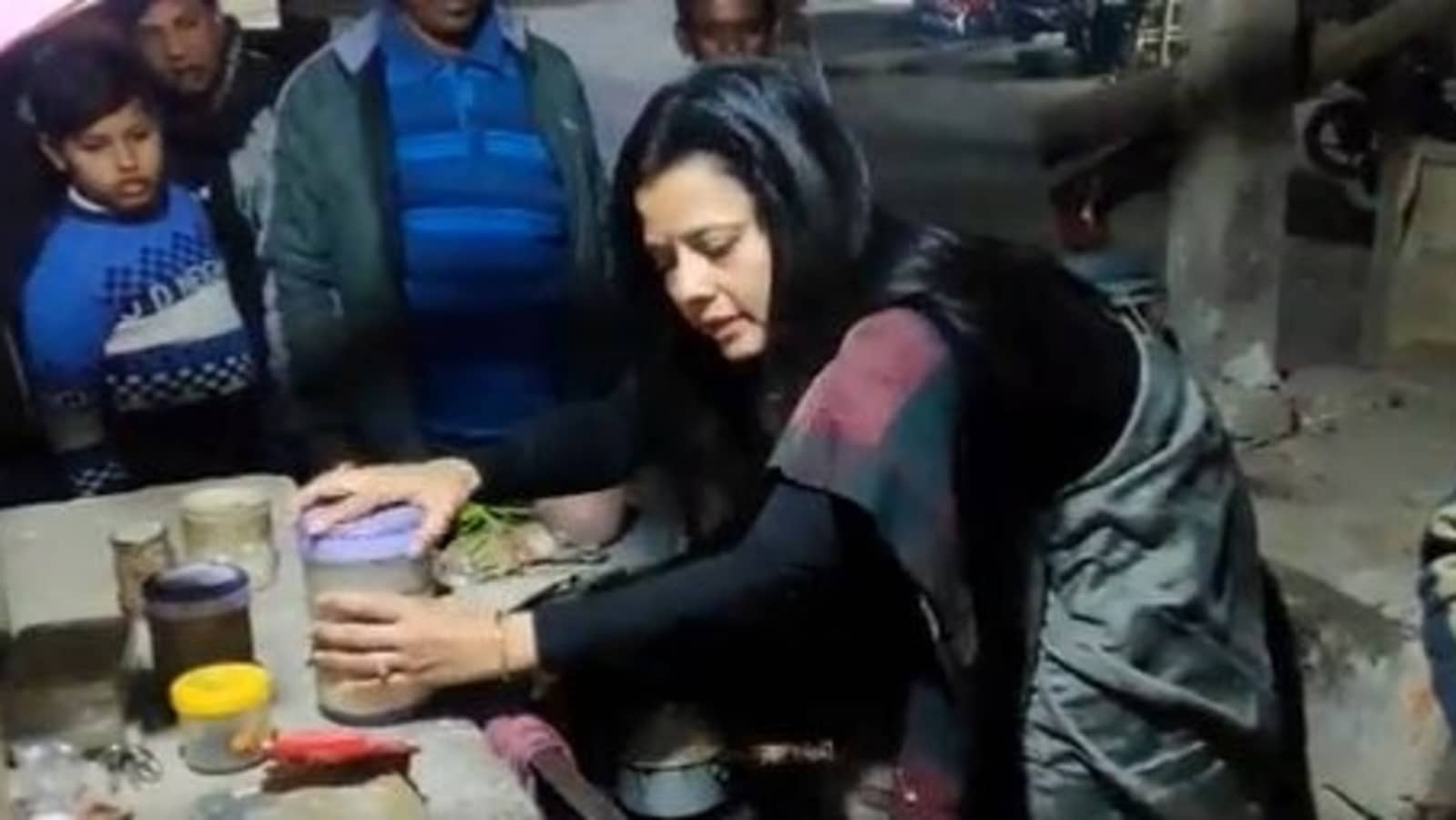 Trinamool MP Mahua Moitra, known for her acerbic criticism of the BJP, has now posted a video of her making tea at a roadside tea stall and wondered where this stint of making tea might lead her to. It was a veiled dig at PM Modi who, it is widely known, worked as a chaiwala in his childhood.

Mahua Moitra’s video of making chai went viral drawing PM references. The video is from her Lok Sabha constituency Krishnanagar where the Trinamool MP can be seen adding sugar to the saucepan of boiling tea with a few people looking on. The shopkeeper then lent a hand as the tea was ready. The Trinamool leader is in her constituency campaigning for the Trinamool government’s new campaign ‘Didir Surakhsha Kavach’ launched in 2023 keeping an eye on the panchayat polls.

Reacting to Mahua Moitra’s video and her caption, former BJP leader and Netaji Subhas Chandra Bose’s grand nephew Chandra Kumar Bose quipped,”I bet you know where it would take you”. A Twitter user called the Trinamool MP ‘MBA chaiwali’, while another wrote, “You have checked one box for the top job, now try your hands on jumlas next.”