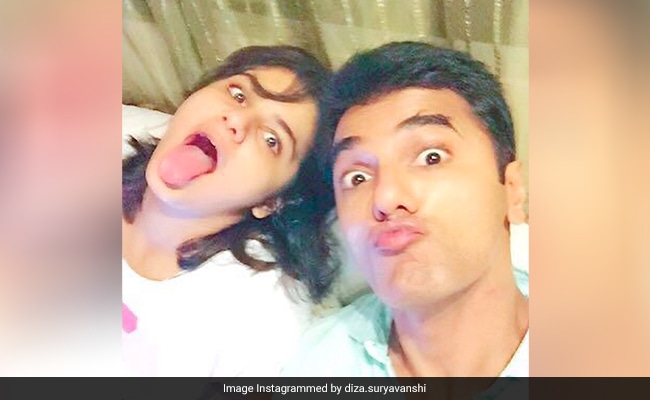 A file photo of Siddhaanth with daughter. (courtesy: diza.suryavanshi)

TV star Siddhaanth Vir Surryavanshi, who died at the age of 46 in Mumbai on Friday, was remembered by his daughter Diza in an emotional post. Diza, Siddhaanth Vir Surryavanshi’s daughter with his ex-wife Ira, posted a few memories in the form of throwback pictures and videos with her late father. She wrote in her Instagram post: “It still hasn’t sunk in and I still don’t know how to react. I don’t want to make this about me but my entire being has gone so numb. I was so over possessive and protective of you, the last video of this post is me in my truest self keeping your own mother away from you because no one can touch my papa he is only mine. You were always my best friend first and heard all my problems, advised me in boy issues, threatened to kill half the male population that walks the planet, and constantly kept telling me that Dizu you are papa’s pride.”

Diza Surryavanshi added in her post: “You made me feel I was capable to do anything and everything in life. There are so many promises that I made you abt the future that I’ll never be able to fulfil but I know one that I will never stop working hard for is making you proud. In almost every conversation of ours you have never once forgotten to tell me how high your head is with pride and happiness no matter what I do, small or big, and I know in my greater achievements even though you are physically not present you will still be smiling and saying “meri gundi raani kitni badi hogayi papu ka heart is filled with pride I love u my guggli”. You have given me so many nicknames that used to embarrass me but right now, I’d want nothing more than to hear you call me them again.”

She signed off the post with these words: “I love you appa, my fatty, my oldie who was too overconfident and said “I’m the father who even at 60 will be rockin and smokin hot”. I laughed at you but I wish you could be here to prove me wrong. I miss you appa pls be happy and keep guiding me because I know I will need you constantly.”