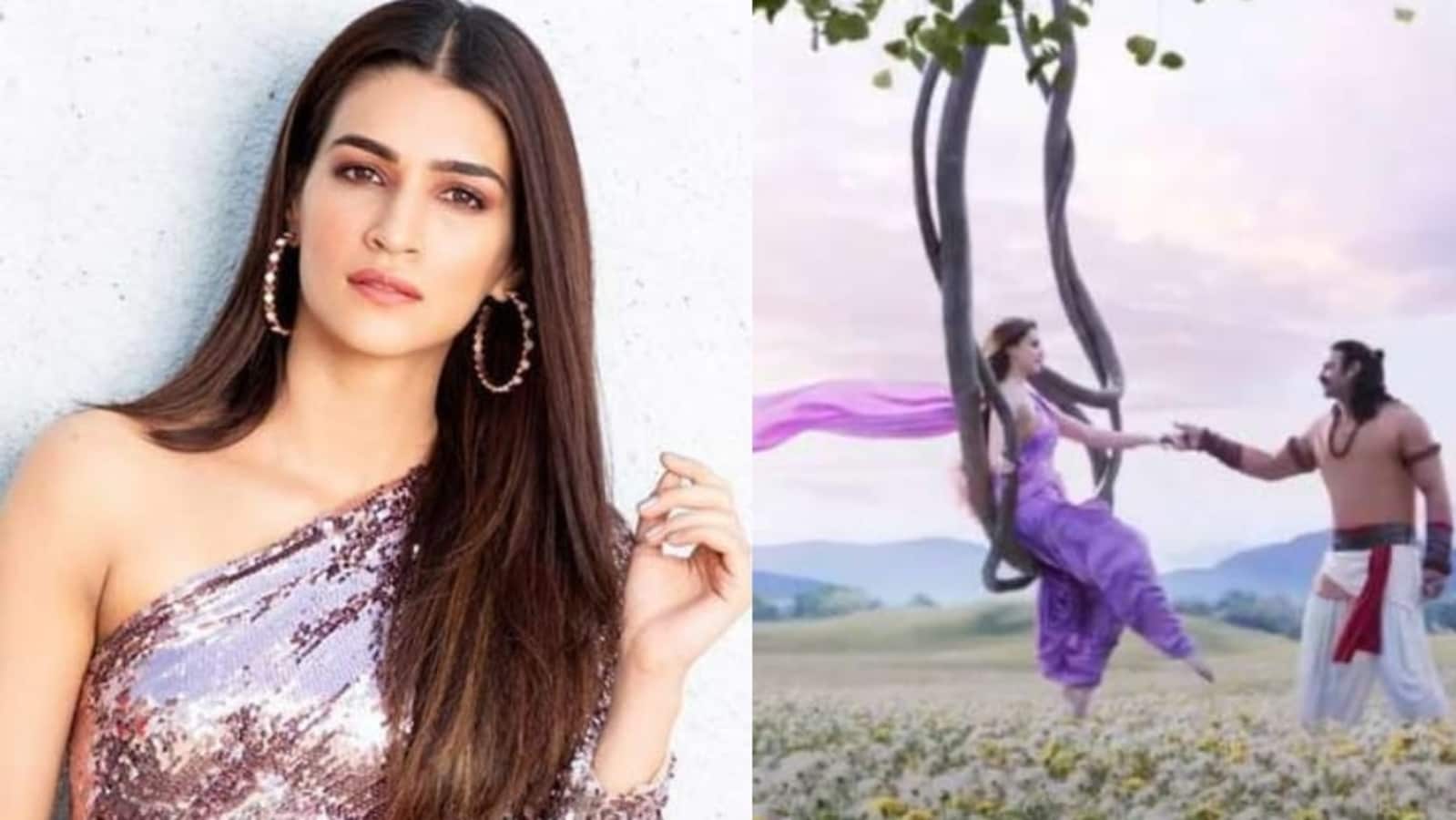 Om Raut’s Adipurush faced criticism over the quality of VFX and visuals since its teaser dropped in October. Recently, Om, had taken to social media to announce that the release of the Prabhas, Saif Ali Khan and Kriti Sanon film has been pushed to June next year, instead of January. Now, Kriti has opened up about the backlash the Adipurush teaser faced, and said the film’s team is ‘extremely proud of’ the product it has created. Also read: Adipurush release postponed, director Om Raut says ‘we need more time’ after VFX backlash

During a recent event while promoting her upcoming film Bhediya with co-star Varun Dhawan, Kriti was asked about Adipurush’s release getting delayed after the makers faced criticism for the amateurish CGI and VFX, among other things. A video from the recent event was shared on Reddit, where Kriti said, “As Om Raut, my director, has mentioned in the note that was brought out, it is a film that we all are extremely proud of. It is a film which is of grand canvas; it is a part of our history and is extremely important. It needs to be put out in the right way and in the best possible way because that’s what he (Om) also had envisioned.”

Kriti Sanon further stated that what was shown in the teaser was limited, and said, “So a one minute 35 second teaser came out. There is a lot more to the film that he (Om) needs to work upon, and needs time. We all want to give it the best shot because this is an opportunity to get our history, to get our religion globally out there. It is a story that we all are proud of, so it needs to be done in the best possible way. And I think he is going to give it all the talent that it needs, and all the effort it needs because the heart and the soul are in the right place.”

After weeks of criticism over the quality of the VFX in the film’s teaser, the makers had said they have decided to give some more time for the teams to work on the visual experience of the Prabhas-starrer. Director Om Raut had announced that the film will now be released on June 16, 2023, instead of a January 12 release.

Featuring Saif Ali Khan, Prabhas and Kriti in lead roles, the film is said to be based on the Hindu mythological epic Ramayan. Saif’s role is loosely based on Raavan from the epic, while Prabhas will be seen as Raghava and Kriti as Janaki, characters based on Lord Ram and Sita, respectively.

Kriti will be next seen in Bhediya, which will be released on November 25. Apart from this, she will be reuniting with her Luka Chuppi co-star Kartik Aaryan for Shehzaada.