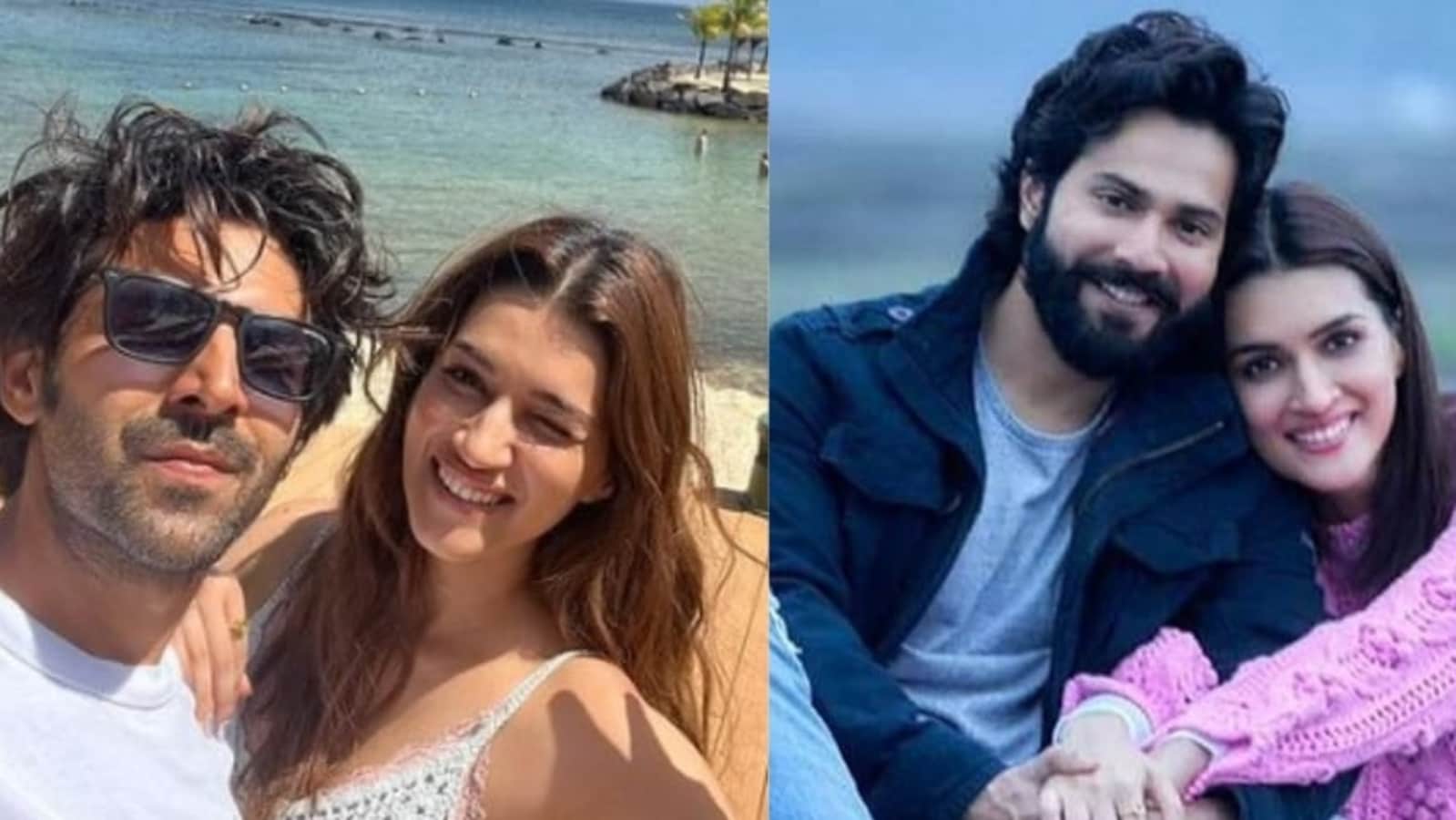 Kriti, who has also worked with Kartik Aaryan in Luka Chuppi, will soon be seen with him in their upcoming film Shehzada. It is the Hindi remake of Allu Arjun’s Telugu hit film Ala Vaikunthapurramuloo. Kriti and Varun have been busy promoting Bhediya, and recently sat down for an interview, where Kriti was asked about Kartik.

Speaking about the difference between her two co-stars, Kriti Sanon told India Today, “Kartik and Varun are two very, very different people. I think they are very organic. Varun is more fun and Kartik has a louder laugh.”

Recently, an interview was shared by the official Instagram page of IMDb India, where Kriti and Varun were seen asking questions to each other. The video began with Varun asking Kriti her first impression of him and guessing that she did not like him. To which, Kriti had said, “You were a little bit of a flirt. Genuinely, I felt like you were very, very obviously high energy. Very talkative. Sweet, but flirty.” Talking about Varun’s most annoying habit, Kriti also said in the video, “Something that annoys me a little bit… when you talk on the phone there is no ‘hi, hello’ nothing…”

Kriti was seen with Varun for the second time in Bhediya. She was earlier seen with him in Dilwale (2015), which also featured Shah Rukh Khan and Kajol. After the release of Bhediya, Kriti will be seen with Kartik in Shehzada. The first look of their film was released on Kartik’s birthday on November 22. Shehzada is scheduled to be released on February 10, 2023.