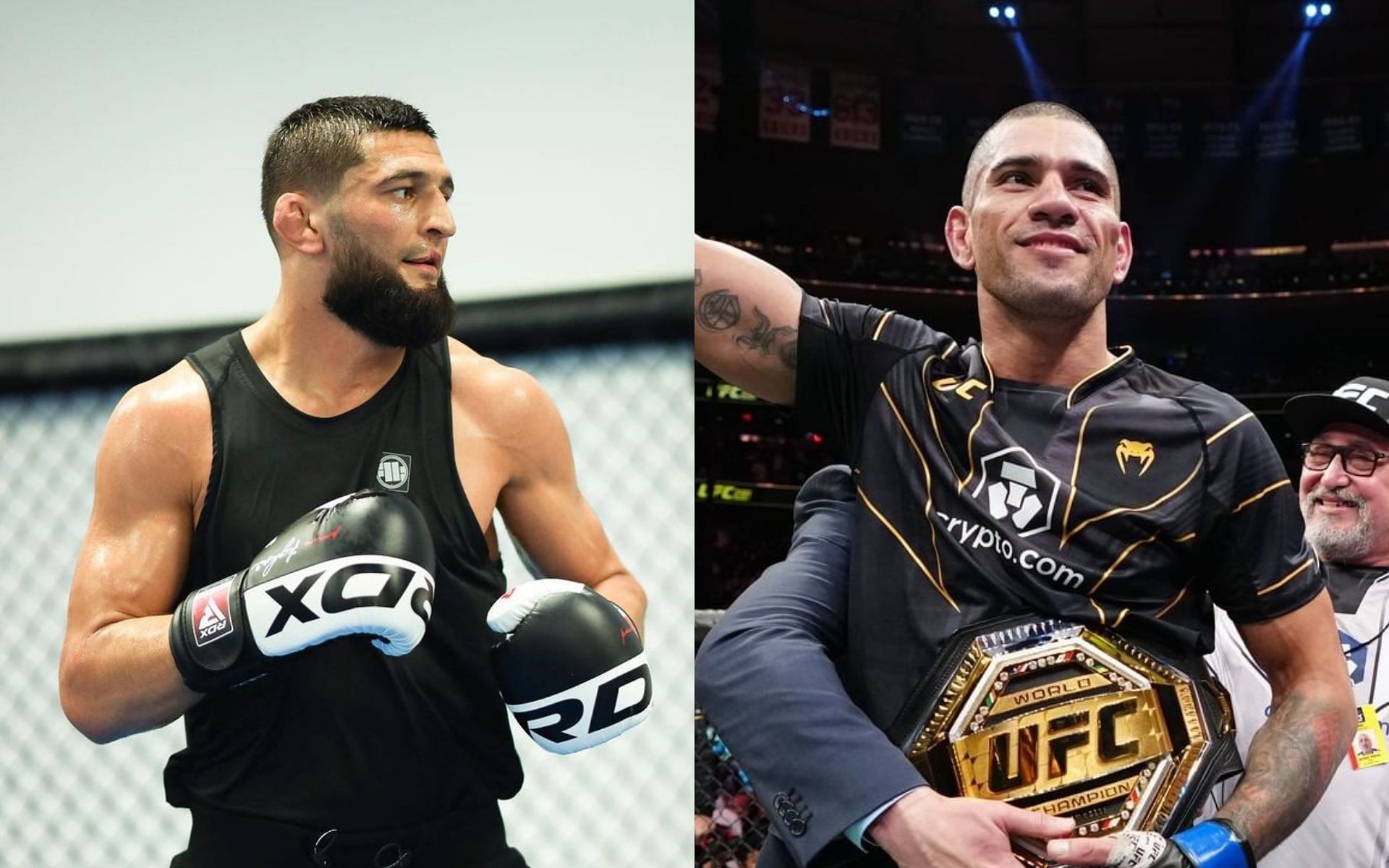 Khamzat Chimaev has called out the newly crowned UFC middleweight champion Alex Pereira. Pereira beat Adesanya for a third time in the main-event at UFC 281, ending the Kiwi’s unbeaten run at middleweight.

Chimaev issued a callout to Pereira immediately afterwards, plotting a matchup in the Brazilian’s home country. ‘Borz’ is looking to fight ‘Poatan’ at UFC 283 which is scheduled for January 21, 2023, at the Jeunesse Arena in Rio de Janeiro, Brazil. The Chechen-born Swede wrote on Twitter:

The tweet was a follow-up to his previous tweets where expressed dissapointment with the UFC 281 headliner and also labeled Pereira an easy fight.

Let me fight with this guy, 1 road finish him ⚔️🏼

Let me fight with this guy, 1 road finish him ⚔️✊🏼

Alex Pereira scored a stunning fifth-round comeback win over Israel Adesanya in the main-event at UFC 282. ‘Poatan’ was losing the decision on the scorecards after being hurt by Adesanya in the closing seconds of round 1 and controlled the ground for the majority round 3.

However, Pereira wobbled the former champ with a massive left hook in the final round and went in for the kill, sensing blood. The end officially came at 2:01 of the round as referee Marc Goddard stepped in.

Khamzat Chimaev has fought in both the middleweight and welterweight divisions, although he has earned more accolades in the 170 lbs. weight class. However, a permanent move up to 185 lbs. seems impending for ‘Borz’, considering his last weight miss at UFC 279.

While Chimaev eyes a title shot against Alex Pereira, UFC welterweight Belal Muhammad believes ‘Borz’ would be a bad matchup for the Brazilian. ‘Remember the Name’ wrote:

“Khamzat is a terrible matchup for alex”

Khamzat is a terrible matchup for alex

Khamzat is a terrible matchup for alex

Muhammad’s comments are not baseless considering Pereira got dominated on the ground by Adesanya, who’s a pure striker. Chimaev, who has grappled with the likes of Gilbert Burns, will definitely be a huge challenge for ‘Poatan’.