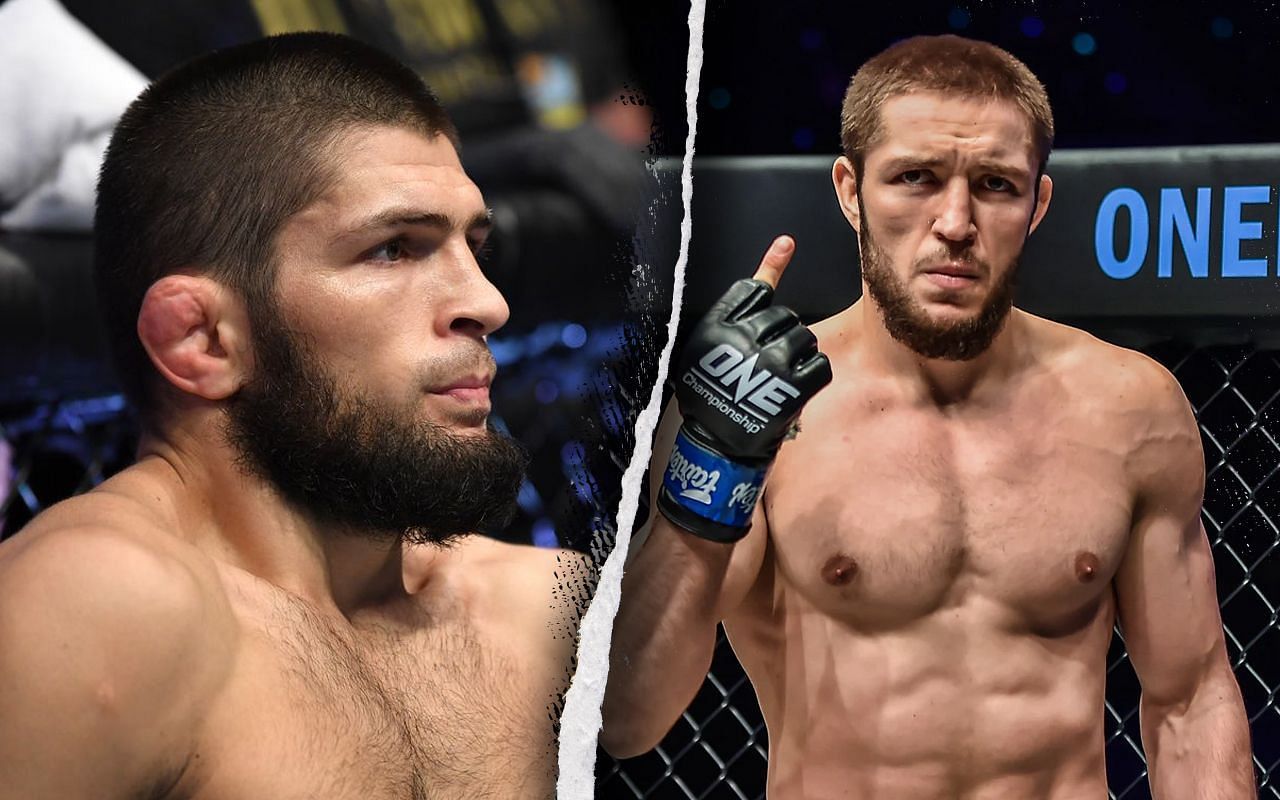 The Russian contender with 21 career wins and an undefeated record inside the circle will square off against Asian MMA legend Shinya Aoki. The matchup will go down this Saturday as part of an absolutely stacked ONE 163 card.

Gunning for his third straight win under the ONE banner, a win over ‘Tobikan Judan’ could put Izagakhmaev as the next man up for lightweight world champion Christian Lee. At least, that’s what Nurmagomedov believes.

In an interview with ONE Championship, ‘The Eagle’ said:

“There’s a very good chance that in the first half of 2023, Saygid will fight for the title because he already has two wins in the promotion, and he has a fight ahead of him against a very big star in the world of MMA, Shinya Aoki. If Saygid knocks him out or finishes him on the ground, I think he should have his next fight for the title.”

Aoki will be looking to climb back into the lightweight title picture himself, but the aging Japanese icon faces an uphill battle against a dangerous Russian grappler.

Saygid Izagakhmaev would never make the mistake of looking past a legend like Shinya Aoki. However, the Russian submission machine can’t help but think about a potential lightweight title fight with reigning champion Christian Lee.

Discussing the potential bout with ONE Championship, Izagakhmaev said:

“If I win the upcoming fight – and I’ll win it, Inshallah – I will challenge the champion of our division. Christian Lee has beaten everybody [else], but he knows who he hasn’t beaten.”

Of the lightweight division’s top five contenders, Christian Lee has already dispatched three- Ok Rae Yoon, Dagi Arslanaliev, and Shinya Aoki. The only two Lee is yet to face are Izagakhmaev and ONE newcomer Halil Amir. Amir only has one fight under the ONE banner thus far. Izagakhmaev will look like, by far, the most compelling contender at lightweight if he beats Aoki.