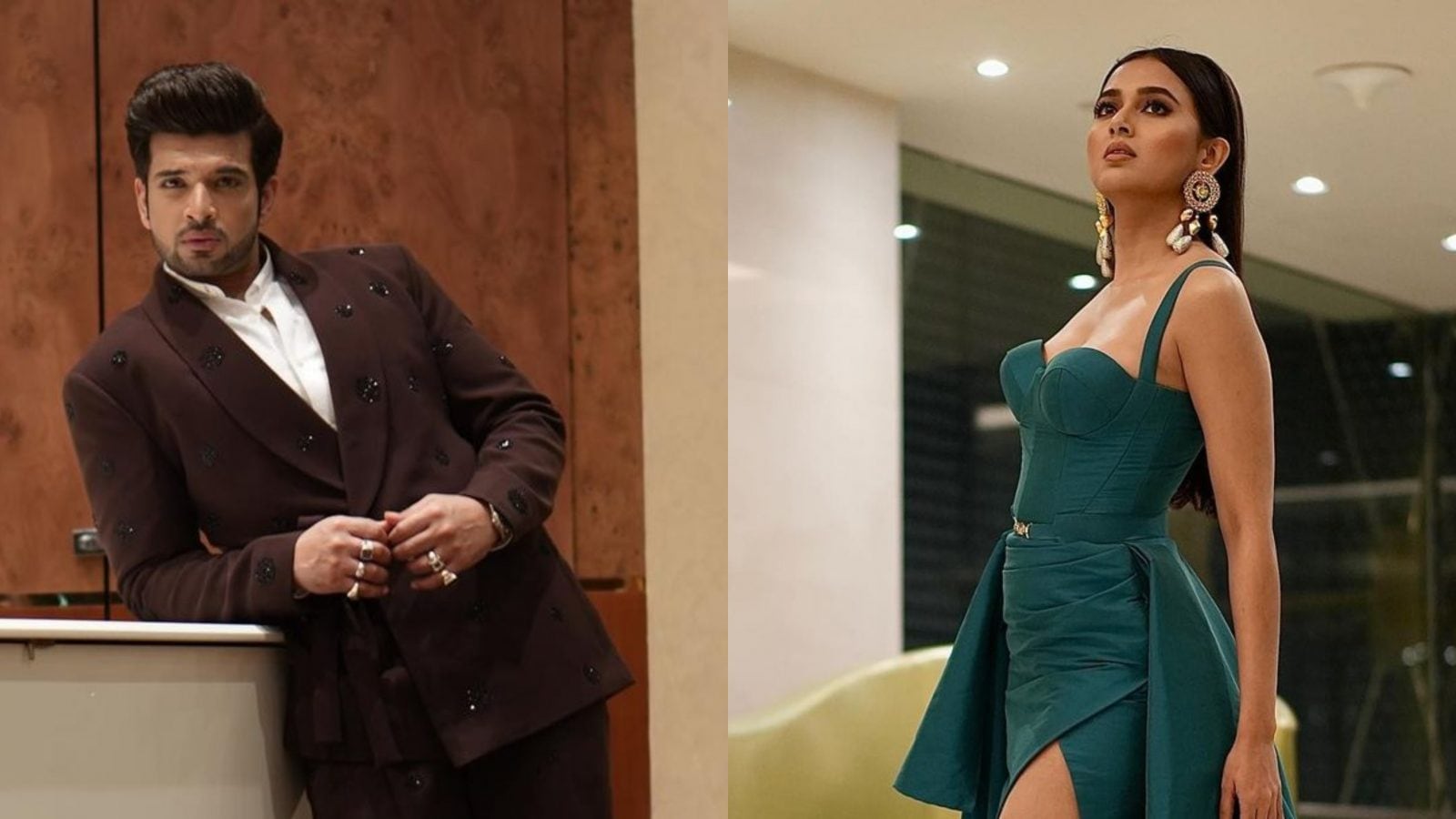 Karan Kundrra and Tejasswi Prakash are one of the most loved television couples. They often make stylish appearances in public and leave their fans completely impressed. The duo is currently in Dubai where they recently attended an award show. On Sunday night, the two actors took to their Instagram handles and dropped pictures in which they were seen stepping up their fashion game.

In the clicks that Tejasswi shared, she was seen flaunting her curves in a blue gown. She kept her hair open and opted for nude make-up. The Naagin 6 actress accessorised her look with long golden and silver earrings. “Off guard but on point,” Tejasswi wrote in the caption.

Tejasswi’s pictures left everyone including Karan Kundrra completely impressed. The actor was quick to drop a fire emoji in the comment section as he wrote, “Can’t I can’t”. Several other social media users called her ‘hottest’ and ‘gorgeous’.

Meanwhile, Karan also took to his Instagram handle and dropped a series of pictures flaunting his outfit for the award night. He sported a formal attire – white shirt, brown blazer and trousers. Needless to say, the actor looked charming as always. “The black lady met her match in brown tonight,” he wrote in the caption. Karan’s ladylove was quick to drop heart eye emojis in the comment section. Check out his pictures here:

Meanwhile, it was recently reported that Karan and Tejasswi have purchased their first house together in Dubai. The couple announced the same during an even when they also osed for the photographers while holding a huge dummy key of their new apartment. Talking about the new house, Tejasswi called it her “sapno ka mahal (dream house).”

On the work front, Karan Kundrra was last seen as the host of the dancing reality show Dance Deewane Juniors. He was recently seen in a music video titled Inni Si Gal which also stars actress-model Aditi Budhathoki. Reportedly, he will be next seen in a vampire series. On the other hand, Tejasswi Prakash is currently seen in Naagin 6. Besides this, she recently made her Marathi movie debut with Mann Kasturi Re.