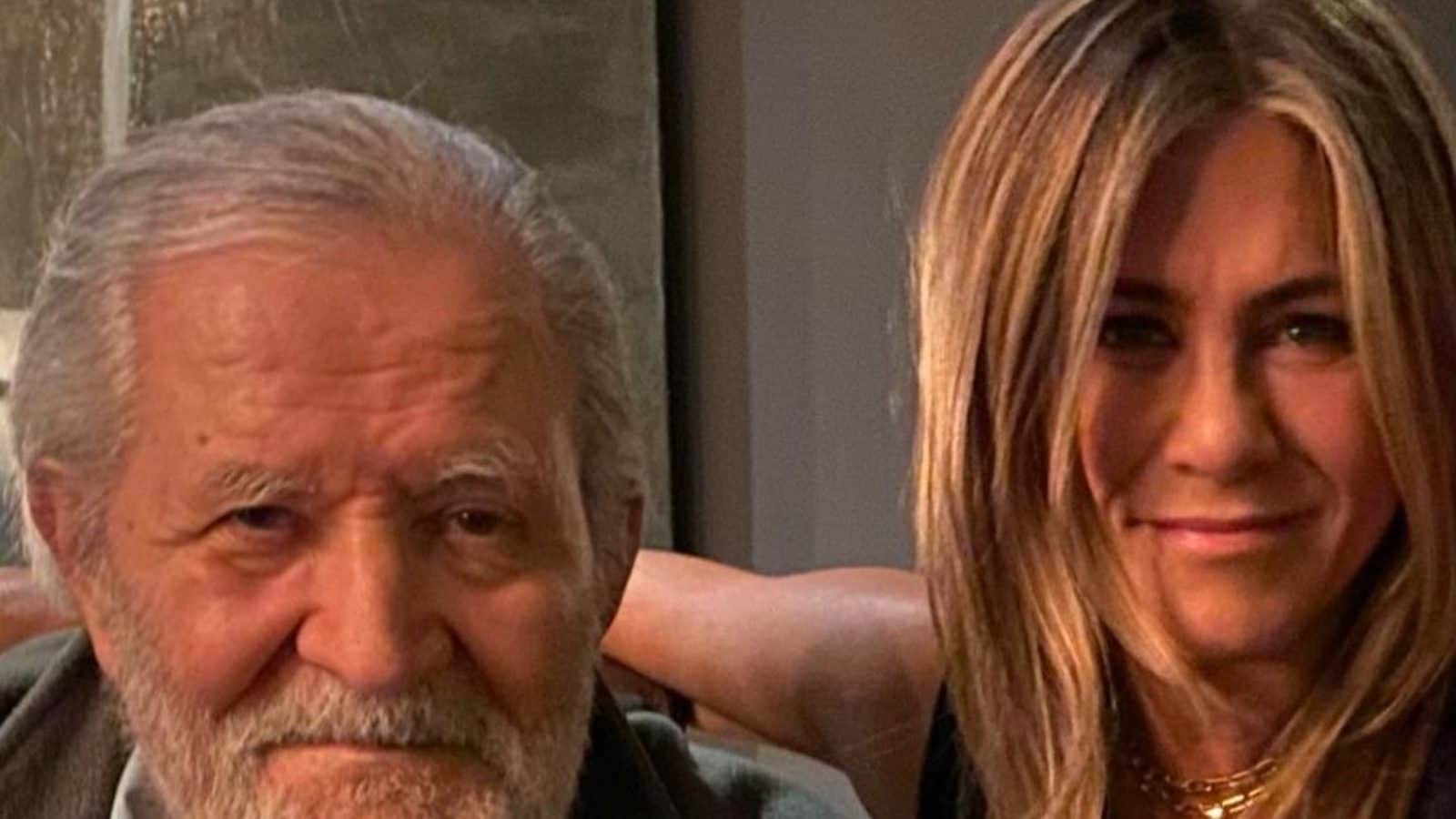 Jennifer Aniston’s actor-father John Anthony Aniston has passed away. On Monday, the FRIENDS actress took to her Instagram handle and revealed that she lost her father on November 11, 2022. She also dropped a series of throwback pictures with her late father and penned down an emotional note. The actress mentioned that she will love her father till the end of time.

“Sweet papa…⁣ John Anthony Aniston. You were one of the most beautiful humans I ever knew. I am so grateful that you went soaring into the heavens in peace – and without pain. And on 11/11 no less! You always had perfect timing. That number will forever hold an even greater meaning for me now 🕊️I’ll love you till the end of time,” Jennifer wrote and dropped a broken heart emoji.

Soon after Jennifer announced the death of her father, fans and friends flooded the comment section wishing strength to the actress. “Lord bless his soul. May you meet again one day in a wonderful place,” one of the comments read. Another person wrote, “Sending my love, so sorry for your loss.”

Jennifer’s father John was also an actor who was best known for his role as Victor Kiriakis on Days of Our Lives (1985). His role was widely loved and even earned him a Daytime Emmy Award nomination for Outstanding Supporting Actor in a Drama Series in 2017.

Meanwhile, Jennifer Aniston recently opened up about her journey to get pregnant via IVF, drinking Chinese teas and more. Later, People reported that the The Morning Show star cited a source close to the actress and shared that the actress is happy is at peace about it.

“She’s always been happy, though,” the source shared. “Her dogs are her kids to her and why she’s always had them,” they added and further said, “Her IVF journey was private and hers and those close to her knew but never asked. But she’s at peace and is very happy in her life. She’s in a great place, and she knows that kids or no kids, it didn’t change her.”