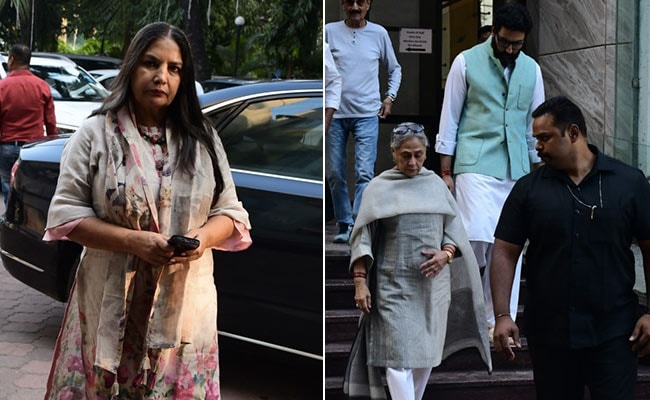 Jaya Bachchan, Abhishek Bachchan and Shabana Azmi were among a few celebs who attended veteran filmmaker Rakesh Sharma‘s prayer meeting on Sunday (November 13) in Mumbai. Jaya Bachchan arrived with her son Abhishek at the venue. Director Indra Kumar was also spotted arriving at the prayer meeting. The late filmmaker, 81, died on November 10 after a long battle with cancer, as per news agency ANI. He was known for his films, such as Khoon Pasina, Yaarana, Mr. Natwarlal and Suryavanshi, to name a few. 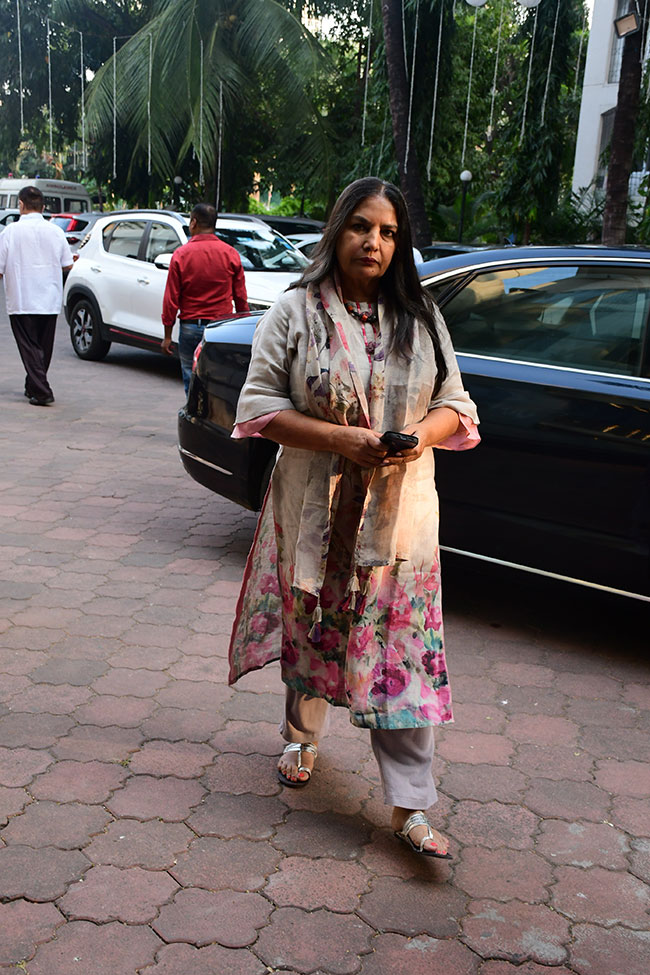 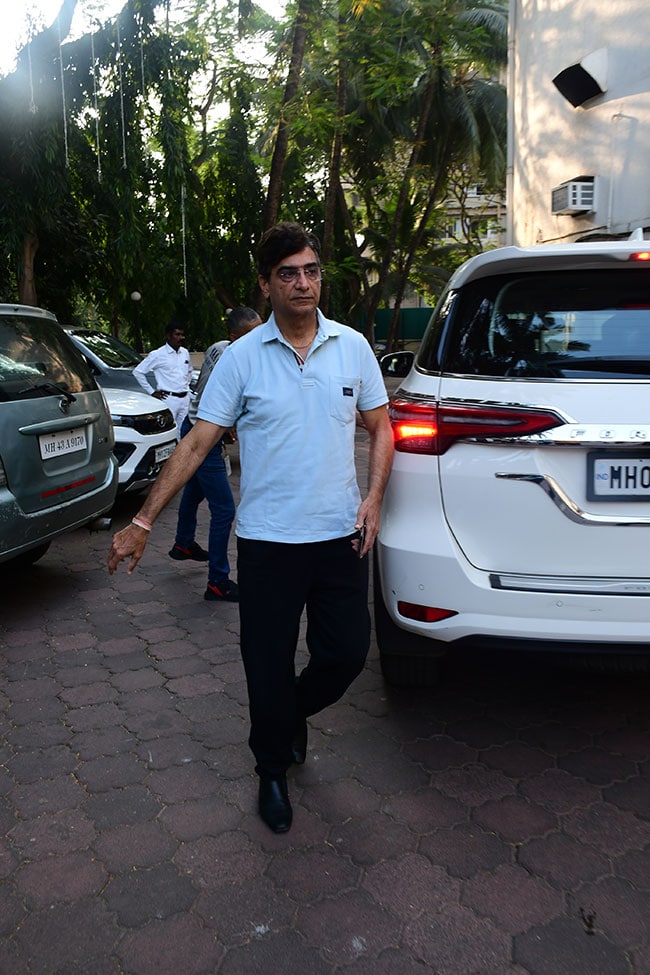 On Saturday, Amitabh Bachchan, in his blog, wrote a long note paying tribute to filmmaker Rakesh Sharma. In his blog, he spoke about his hesitation to attend the last rites of the filmmaker. An excerpt from the note read, “Another colleague has left us and me in particular… Rakesh Sharma, first AD to Prakash Mehra on ‘Zanjeer‘… then independent director for other PM ( Prakash Mehra, as we often joked with him, as the PM of the country ) films… and singularly – Hera Pheri, Khoon Pasina, Mr. Natwarlal, Yaarana, etc… and such great camaraderie on sets and elsewhere, socially, during events and Holi… One by one, they all leave. You made many of us prominent with your innovative ideas for story and film, Rakesh, and you shall ever be remembered…!”

Rakesh Sharma was known for giving numerous blockbuster hits such as Mr. Natwarlal, Do Aur Do Paanch, Yaarana, Khoon Pasina, Hera Pheri and others. The filmmaker is survived by his wife, son and daughter.