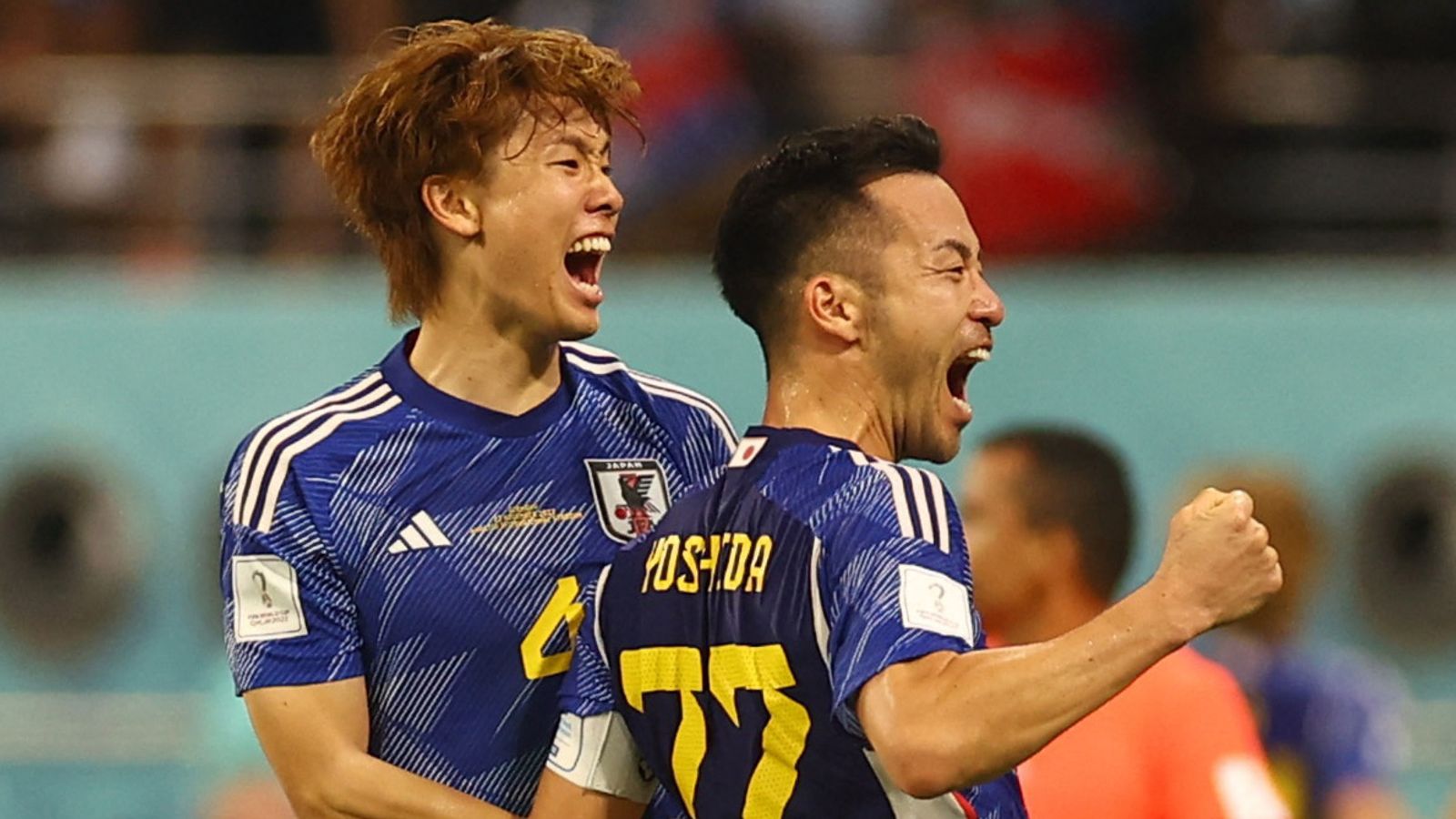 Japan have beaten Germany 2-1 to record another shock result in the World Cup.

Ilkay Gundogan had put Germany in the lead with a penalty in the 33rd minute.

Hansi Flick’s side put the ball in the back of the net again during added time at the end of the first half – but it was disallowed for being offside.

But two goals in eight minutes turned the game on its head.

Japan’s Ritsu Doan, who plays his football for Freiburg in Germany, equalised in the 75th minute, before a simple long ball over the top was put away by Takuma Asano in the 83rd minute to put Japan into the lead.

Germany failed to convert despite having 74% of the possession and more than twice as many shots on target as Japan.

The loss leaves the Germans with a big hill to climb as they come up against Spain next.

The result comes a day after Saudia Arabia beat Argentina 2-1 in one of the biggest shocks in World Cup history.