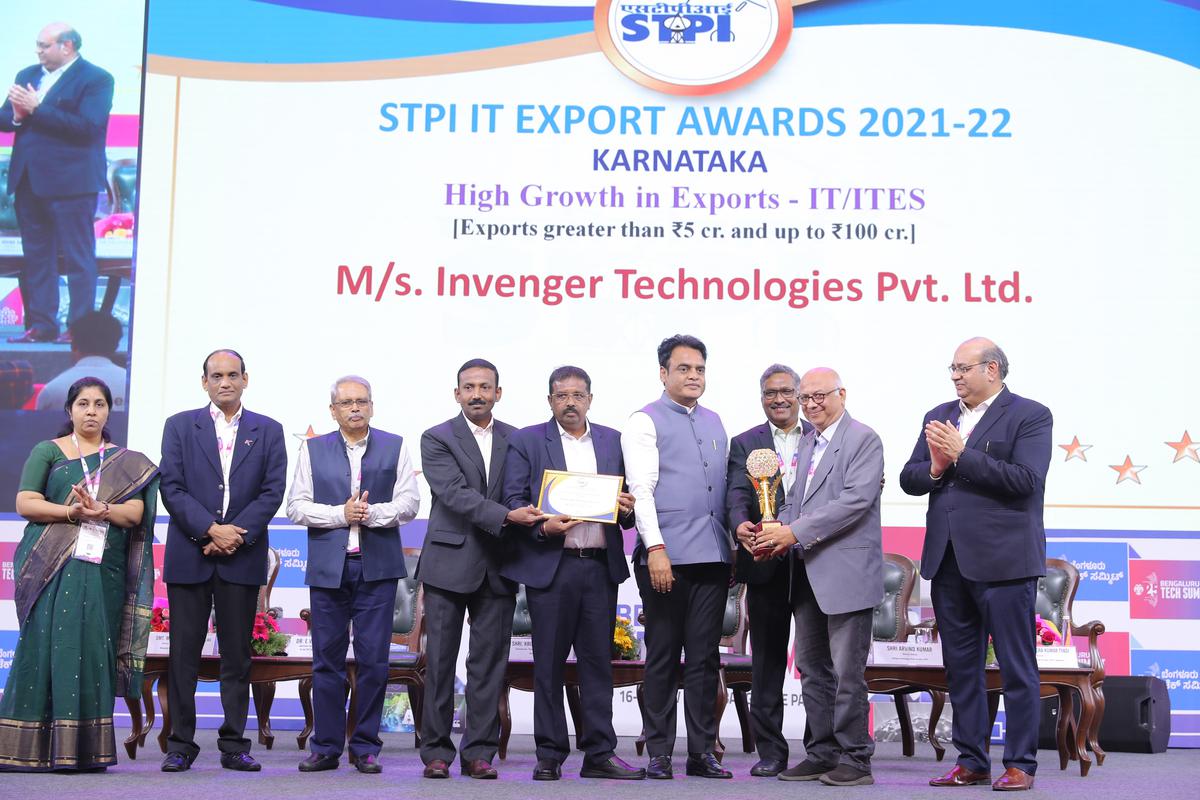 City-based Invenger Technologies Pvt. Ltd. has won two top awards during the three-day IT Pride of Karnataka Awards Programme organised by the Software Technology Parks of India (STPI) at Bengaluru on Thursday.

Invenger Technologies won first place in the category “High growth in exports from ₹5 crore to a maximum of ₹100 crore,” category while its co-founder and director K. Vijaya Pai was recognised as the ‘Woman Entrepreneur of the Year’ in the IT sector, said a release.

Invenger Technologies Managing Director K. Sathyendra Pai, and his wife, Sadhana Sathyendra Pai, received the two awards from Minister for IT and BT C.N. Ashwath Narayan during the programme.

Invenger Technologies has been operating in Mangaluru, Bengaluru and the USA for the last 16 years.