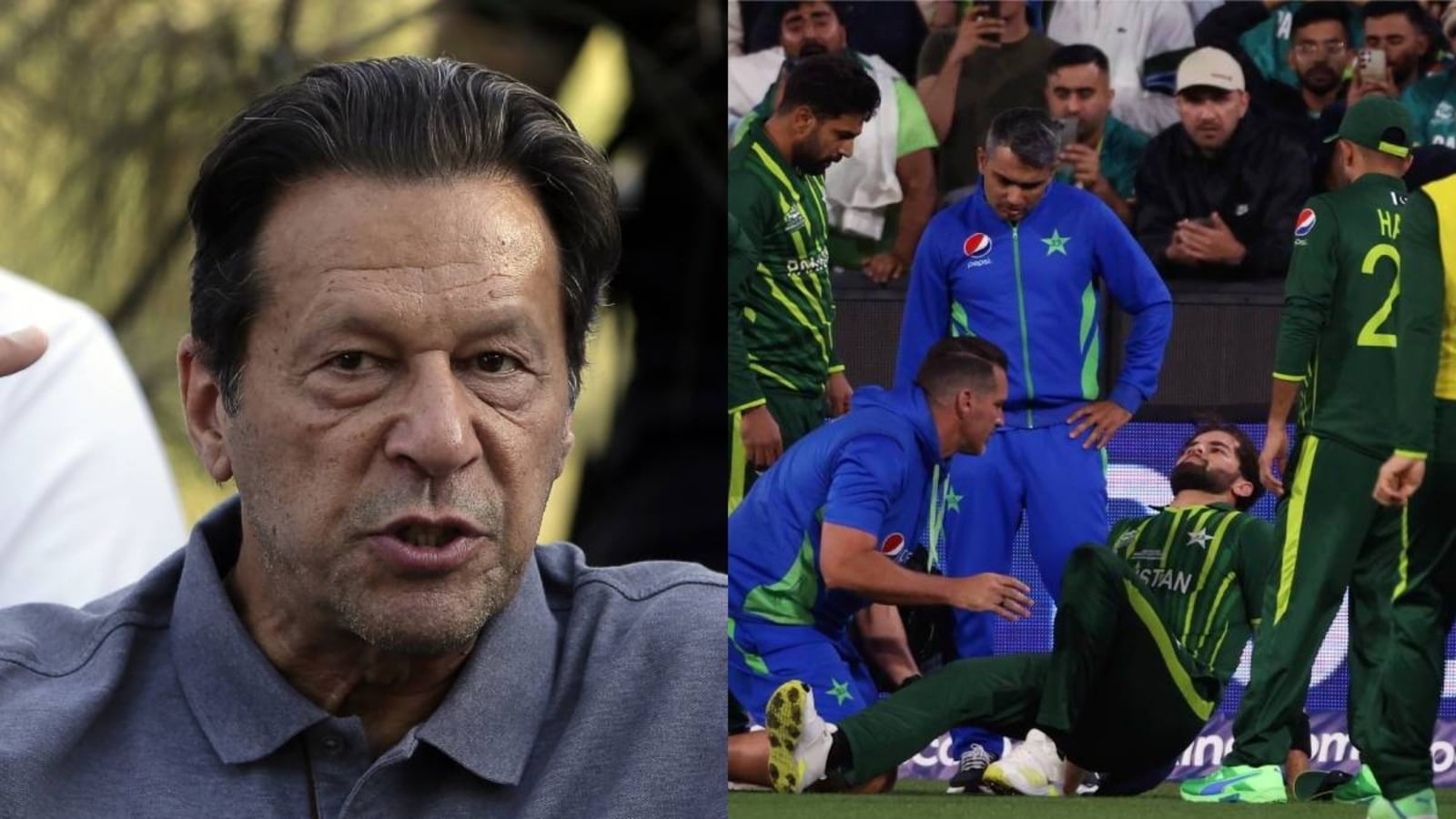 138 was never a match-winning target Pakistan had set for England in the T20 World Cup final on Sunday at the Melbourne Cricket Ground. It was in fact the second-lowest ever figure in all T20 World Cup finals. Yet Pakistan pushed England all the way with their fiery pace attack. England were on the backfoot and even the well-set Ben Stokes looked to struggle to middle the ball. But all changed after Shaheen Afridi’s knee injury resurfaced again, at the most unlikeliest time. Pakistan eventually lost the plot from there on and lost the final by six wickets. Imran Khan, the only ever Pakistan cricketer to lead the nation to a World Cup victory, broke his silence on the loss making a big statement on Shaheen and his injury.

England needed 41 off 30 with Stokes in the middle and Moeen Ali, the new batter. It did looked doable for England, but Pakistan had two more overs of Shaheen left along with Haris Rauf. And with the impact the Pakistan pacers had in the game, England looked in trouble.

ALSO READ: ‘This what you…’: Shoaib Akhtar hits back with ‘sensible tweet’ jibe after Shami’s ‘karma’ dig at Pakistan legend

Shaheen started off his third over with a dot ball, but looked in absolute discomfort. A few overs back, he had landed awkwardly on is knee while taking a catch to dismiss Harry Brook. He was attended by the physio, but came back for his last two overs. But Shaheen couldn’t bowl another. He limped off the field and Babar was forced to bring oin Iftikhar Ahmed to close that over.

England capitalised as Stokes hit a four and a six off his last two deliveries, which was enough to bring the team back into the game. And in a matter of 14 more deliveries, England wrapped up the chase to become the T20 world champions for the second time in history.

In a video shared by Dawn, Imran said that Shaheen could have made the difference in those two overs, but his injury changed the scenario for Pakistan.

“I used to tell my team to fight till the last bowl. Try your best. But when the result comes and you have given your best, then it is God’s will. But what is not in your hands […] the way Shaheen Afridi was injured, no one can do anything about that. And unfortunately it happened at a time when the match was at a very important stage and Shaheen could have made a difference. I am not saying that we could have won but it was at a time when the game could have been changed,” he said.

Imran was however all praise for the Pakistan pace attack and for the team as well.