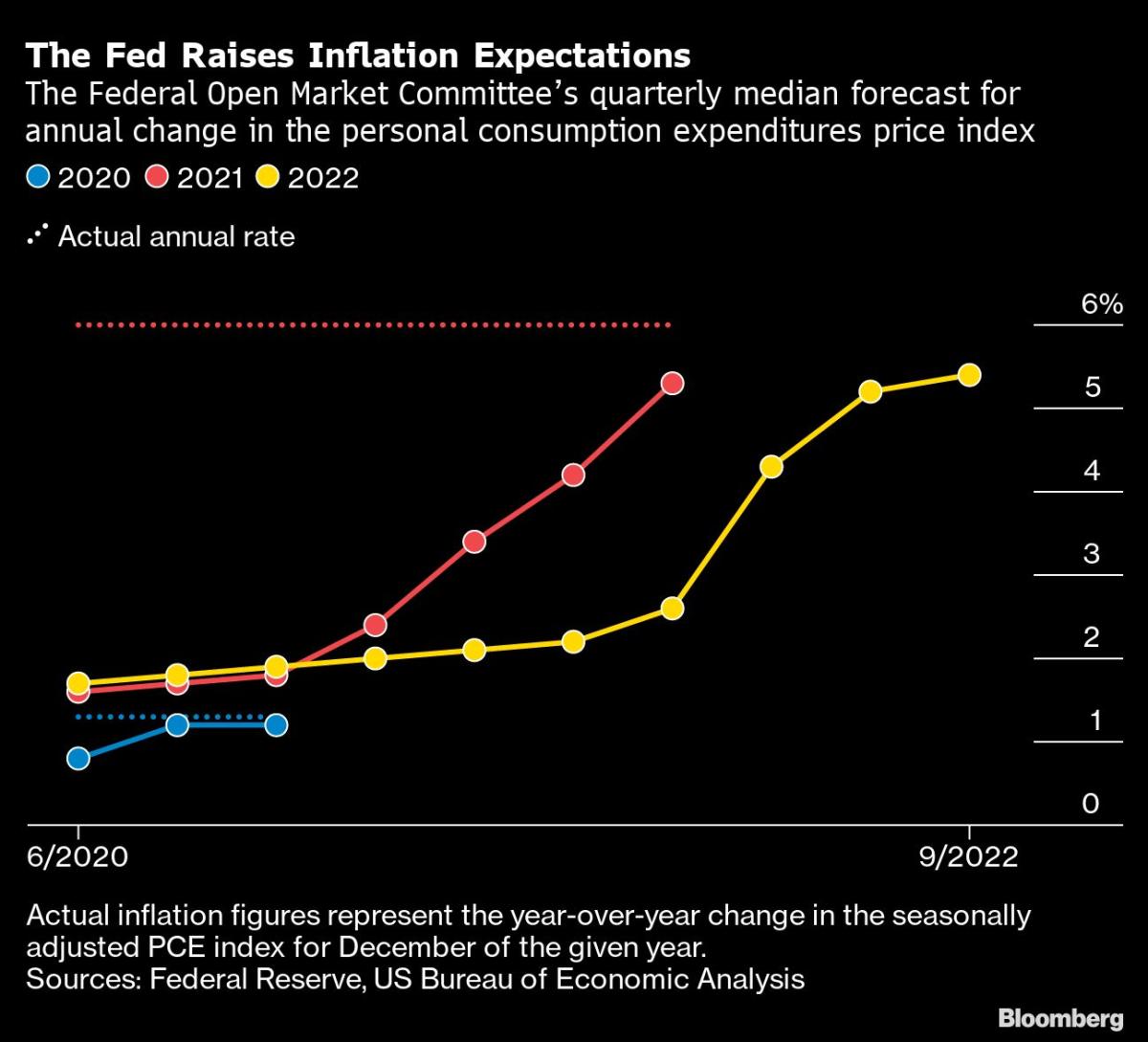 (Bloomberg Markets) — Once seen as the world’s go-to ­economic crisis fighters, central bankers are now desperately trying to contain a problem they allowed to happen: inflation. That’s eroded their credibility in the eyes of investors and society at large.

Officials have offered mea culpas. US Federal Reserve Chair Jerome Powell acknowledged in June that “with the benefit of hindsight, clearly we did” underestimate inflation. Christine Lagarde, his counterpart at the European Central Bank, has made similar concessions, and Reserve Bank of Australia Governor Philip Lowe said in May that his team’s forecasts had been “embarrassing.” In October, South African Reserve Bank Governor Lesetja Kganyago warned at a monetary policy forum that it takes a long time for central bankers to build ­credibility—but that it can be lost abruptly.

Central banks’ independence is harder to justify after such a failure of “analysis, forecasts, action and communication,” Allianz SE’s chief economic adviser, Mohamed El-Erian, tweeted in October. The tragic result, he says, is “the most front-loaded interest­-rate cycle that we have seen in a very long time, and it didn’t need to be.”

The first step for the newly humbled monetary policymakers is getting prices back under control without creating economic havoc. Next they must transform the way central banks operate. For some experts, that means three things: paring down their mission, simplifying their messaging and preserving flexibility.

“Do more by trying to do less” is how former Reserve Bank of India Governor Raghuram Rajan describes his advice to central bankers.

The Fed’s big miss on inflation has led Powell to start invoking the lessons of Paul Volcker, who famously tamed it in the 1980s.

Since Volcker stepped down in 1987, the Fed’s remit has expanded. Alan Greenspan, chair until 2006, rode a boom in productivity to even lower inflation, but also stepped in to support markets whenever there were threats to the economy. When reckless lending eventually blew up the housing and credit markets in 2008, then-chair Ben Bernanke deployed the Fed’s balance sheet in ways that hadn’t been seen since the Great Depression.

Coming out of the Covid-induced recession, it looked as if central bankers had pulled it off again, led by Powell. Their coordinated response in March 2020 put a floor under asset prices and kept bond yields low, helping governments fund the massive spending needed to support millions of ­unemployed people. With inflation still tame, central bankers assumed responsibility for tackling problems such as climate change and inequality—including setting a new goal of “ broad-based and inclusive” employment. Meanwhile, stocks, bonds and cryptocurrencies were racing higher. Then consumer prices did, too, and central bankers didn’t see it coming.

The Fed’s new policy framework prevented a more aggressive approach to inflation, says Carl Walsh, a University of California at Santa Cruz economist who previously worked at the Federal Reserve Bank of San Francisco. He quotes the Federal Open Market Committee’s own words, which admitted that goals such as inclusive employment can shift over time and be tough to quantify.

“Making policy decisions ‘informed’ by employment shortfalls from a goal ‘that is not directly measurable’ has the potential to impart an asymmetric, inflationary bias in policy,” Walsh says.

Rajan says central bankers simply lost sight of their primary role, which is maintaining price stability. “If you told them, ‘That is your job, focus on that and leave all this other stuff aside,’ they would do a better job,” he says.

Monetary policy works through central bankers’ manipulation of points along the yield curve—essentially the price of money over different periods of time. Central bankers provide signals about whether to expect interest rates to rise, fall or trend sideways, and traders in the financial markets buy and sell vast quantities of bonds accordingly. Those moves percolate through the broader society, influencing pension account balances, business and consumer confidence and views on future price movements. That’s what determines whether the central bank policies work or not.

In early 2022, as the Fed, ECB and the Bank of England changed their outlooks for the economy and inflation, there was a “pretty massive failure” to communicate how policy would address those changes, says Athanasios Orphanides, who served on the ECB’s governing council from 2008 to mid-2012. “Tightening of monetary policy is not difficult. This is a no-brainer in central banking.”

The crossed wires could be seen in wild swings in global bond and currency markets throughout the year. In August the MOVE index of implied bond volatility—known as the US Treasuries fear gauge—jumped to a level exceeded only three times since 1988. Investors began demanding a premium to hold Australia’s AAA-rated bonds after the central bank reversed its pledge to keep interest rates on hold until 2024 and instead began its fastest tightening cycle in a generation.

Some central banks flashed early warning signs. In October 2021 the Reserve Bank of New Zealand started raising interest rates and the Bank of Canada adopted a more hawkish stance toward inflation, halting its bond-purchase program. More recently, the Bank of Canada announced it would start publishing a ­minutes-like summary of deliberations by officials after each policy decision to enhance transparency.

By contrast, the Bank of England, already taking flak for letting inflation get out of control, has also been criticized for how it handled a run on Britain’s currency and government bonds after Prime Minister Liz Truss’s government proposed a deficit-busting tax overhaul. First the central bank was accused of dragging its feet before helping to manage the fallout when the pound dropped to an all-time low against the dollar, and then investors were shocked when the BOE pledged an abrupt end to emergency gilt purchases. In the end, it was Truss who took the blame, resigning after just 44 days.

Stephen Miller, a former head of fixed income at ­BlackRock Inc. in Australia who’s now at GSFM Pty, says he’s been poring over spreadsheets of economic indicators such as the Federal Reserve Bank of Cleveland’s consumer price index measures in a way he hasn’t done for more than three decades. The reason: He doesn’t trust the forecasts and guidance coming from central banks.

“For me, the alarm bells started ringing on inflation long before central bank language changed,” Miller says. “One of the advantages of being 61 is that your formative years were a period where inflation was the norm, oil shocks were the norm. For the last year, I felt like I was harking back to that period.”

Miller’s report card is harsh: “The Bank of Canada, the Fed and the RBNZ I’d be giving a C+, the RBA a C- and the rest, including the BOE, an F.”

For Jérôme Haegeli, the “less is more” mantra should extend to so-called Fedspeak. The former Swiss National Bank economist says too many officials making public statements causes confusion. He recommends that the Fed take a lesson from the “very lean” Swiss communications.

After the annual summer gathering of central bankers in the mountain retreat of Jackson Hole, Wyoming, Fed officials fanned out onto the public circuit. In one 24-hour period, three top Fed officials spoke about the economic outlook at three different events and with three different tones. Esther George emphasized steadiness over speed, Christopher Waller signaled support for a 75-basis-point hike at the next meeting, and Charles Evans said he was open to 50 or 75. It’s a similar story at the ECB, where at least 19 of its primary officials were out giving speeches in the last week of September alone.

While central banks in most modern economies enjoy day-to-day independence, their mandates are set by democratically elected governments. In Australia and New Zealand, for instance, authorities are reviewing the parameters of their directives to monetary policymakers.

To get their message across to the public, the ECB has introduced cartoons and animated videos, some of which accompany rate decisions and strategy review documents. And Bank Indonesia, which already has massive followings on Facebook and Instagram, now also has its own TikTok account.

Trying to communicate to both audiences—the markets and the general public—can sometimes lead to confusion.

A third common prescription for central banks: Ditch forward guidance. That practice, first adopted in the early 2000s, aims to tell the public the likely direction of monetary policy. The problem: It’s too hard to predict the future. And it can lock policymakers into a particular mindset.

In an Oct. 12 speech, Fed Governor Michelle Bowman blamed the FOMC’s forward guidance for its failure to tackle inflation sooner: “The committee’s explicit forward guidance for both the federal funds rate and asset purchases contributed to a situation where the stance of monetary policy remained too accommodative for too long—even as inflation was rising and showing signs of becoming more broad-based,” she said.

“Phil Lowe saying no rate increases to 2024? Those kinds of messages are dead,” says Miller. “Markets can no longer take central bankers at their word,” given that they’ve pretended to be “all-seeing.”

James Athey, investment director of rate management at Edinburgh-based Abrdn Plc, warns that forward guidance won’t end until central bankers stop speaking so often. “The sheer number of speeches by central bank policy­makers in a given week, and the seeming desire of these speakers to expound on their own subjective expectations for the economy and monetary policy, means that even when the official communication is shying away from specific guidance, there is still plenty for markets to latch on to,” Athey says.

Communicating policy objectives gets more difficult as inflation climbs, Reserve Bank of India Governor Shaktikanta Das said in a speech in Mumbai in September. “It can be quite difficult to provide coherent and consistent guidance in a tightening cycle,” he said. “Central bank communication in the current context has thus become even more challenging than the actual policy actions.”

Of course, central banks will continue to play a crucial role in their economies, even if they dial back the rhetoric and scrap more difficult-to-measure goals such as the promotion of inclusive growth. They’ll continue to serve as guardians of financial stability, providing cash when markets seize. And they’ll find ways to stimulate economic growth when it’s needed again.

But if they heed the lessons of 2022, markets and the public can expect rarer, clearer and less ambitious policy communication—a new era of central bank humility stemming from their failure to prevent the inflation shock.

Jamrisko and Carson are senior reporters in Singapore covering economics and FX/rates, respectively.