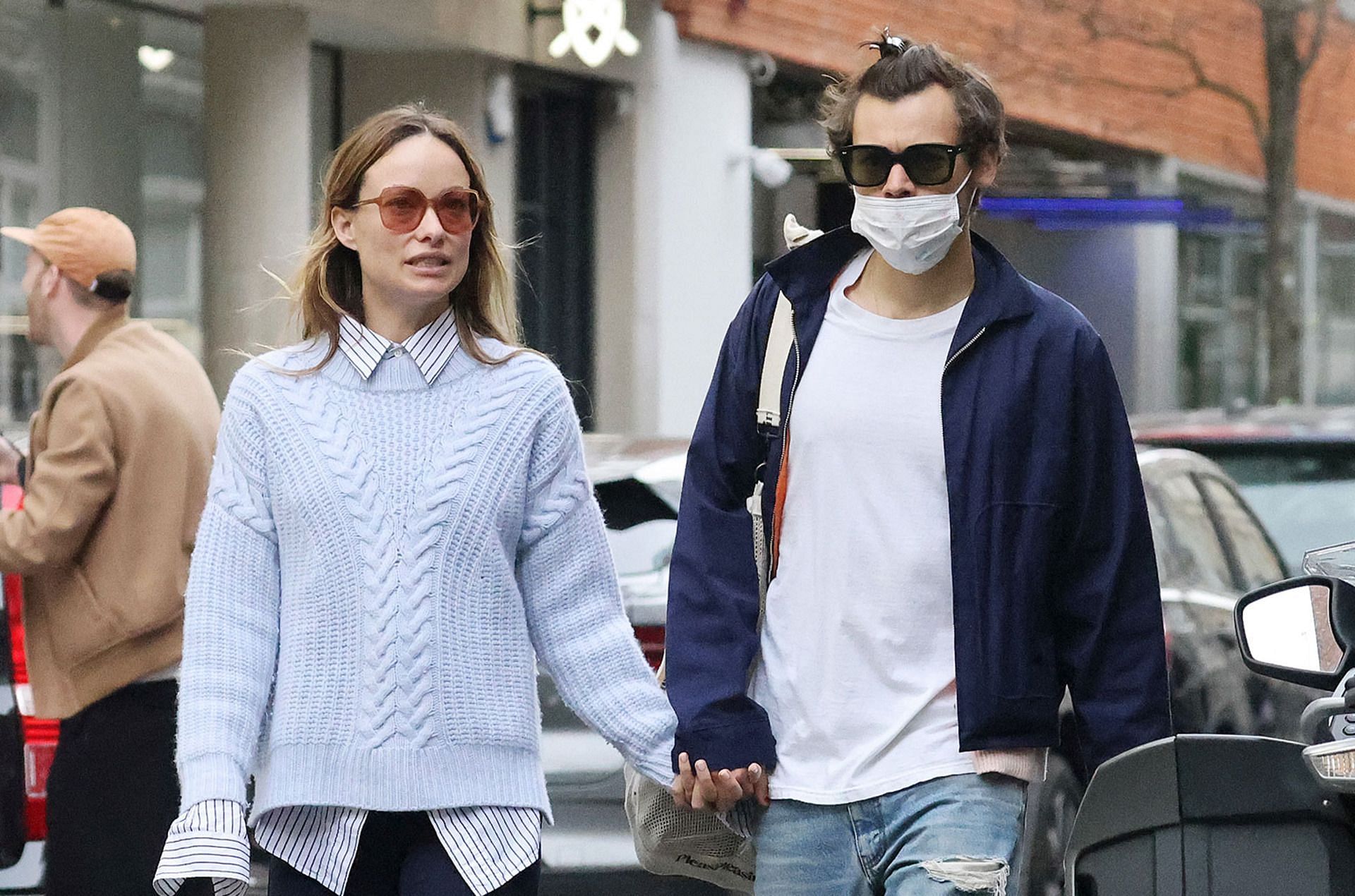 Harry Styles and Olivia Wilde are “taking a break” from their two-year long relationship. The couple have decided to hit the breaks as the former embarks on his tour abroad. Netizens have since created hilarious memes about their separation.

A source revealed to People magazine that the couple made an “amicable decision” to separate. They added:

“He’s still touring and is now going abroad. She is focusing on her kids and her work in LA.”

The source added that the singer and Don’t Worry Darling director were “still very close friends” however have “different priorities” at the moment “that are keeping them apart.”

Although the pair are on a break, sources told Page Six that there was “no bad blood between them.” The exclusive source added:

“Harry didn’t dump Olivia, or vice versa… this is the longest relationship Harry’s ever had, so clearly they have a special bond.”

The insider claimed that the pair having to date long-distance contributed to their separation. They added:

“They’re on a break. It’s impossible to have a relationship when he’s in every continent next year and Olivia has her job and her kids. This is the right thing for them.”

Harry Styles will now be embarking on his South American tour while Olivia Wilde will be heading to London to work on a documentary. Olivia Wilde was last seen at the As It Was singer’s Tuesday concert in Los Angeles.

Internet users showed little to no sympathy for the couple who were parting ways. For those unversed, ardent Harry Styles fans have not been in favor of his latest and now-former girlfriend, Olivia Wilde. The reason behind the same remains unknown. However, fans may simply have a preference for wanting the 28-year-old to be single.

Netizens flooded Twitter with hilarious memes where many celebrated their “break.” A few hysterical tweets read:

“Harry Styles and Olivia Wilde have reportedly broken up”

“Harry Styles and Olivia Wilde have reportedly broken up” https://t.co/IFAdXru3nT

Pete Davidson running to date Olivia Wilde since her and Harry broke up https://t.co/czEylHc17a

not now baby harry styles and olivia wilde broke up

the world now that olivia wilde and harry styles are broken up https://t.co/OqHlPMW7UT

Harry styles cause his pr contract with Olivia Wilde has finally expired https://t.co/38QswjXYug

“Harry Styles and Olivia Wilde broke up after 2 yrs”

“Harry Styles and Olivia Wilde broke up after 2 yrs”me: https://t.co/qJvurNhJft

literally everyone after hearing about Olivia Wilde and Harry Styles breaking up:

literally everyone after hearing about Olivia Wilde and Harry Styles breaking up: https://t.co/9o93KtGgiv

Netizens would be well aware that the former couple were in the midst of drama during the premiere of the film Don’t Worry Darling. Allegations of Wilde being in a feud with co-star Florence Pugh circulated online.

However, Harry Styles did not publicly address the squabble between his female co-stars.

Meanwhile, details of Olivia Wilde’s divorce-turned- custody battle with Jason Sudeikis also found their way online. It was alleged that Wilde dumped the Ted Lasso star for Styles. However, Wilde has refuted the same. In an interview with Vanity Fair, the 38 year old actress said:

“The complete horses**t idea that I left Jason for Harry is completely inaccurate… Our relationship was over long before I met Harry… Like any relationship that ends, it doesn’t end overnight.”

The Life Itself actress and the former One Direction singer sparked relationship rumors when they were seen holding hands in January 2021 at a wedding in Montecito, California. In the following months, the couple were seen vacationing across the globe from England to Italy.