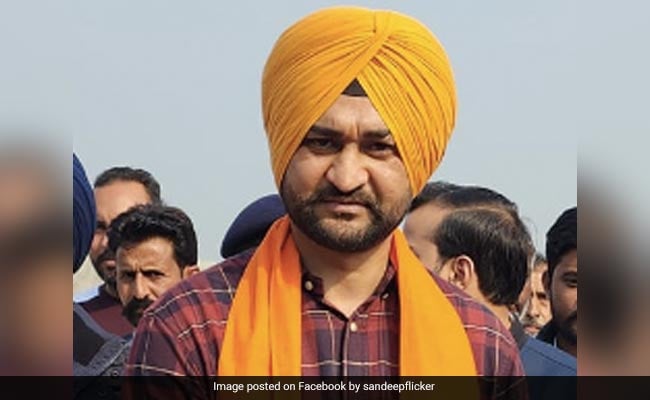 The complainant said Mr Singh had first seen her at a gym and then contacted her on Instagram.

The Chandigarh police today registered a sexual harassment and criminal intimidation case against Haryana Sports Minister Sandeep Singh, based on a complaint by a junior athletics coach on Friday. The minister has resigned from his post, and dismissed the allegations as an attempt to ‘spoil his image’.

“There is an attempt to spoil my image. I hope there will be a thorough investigation into the false allegations levelled against me. I hand over the responsibility of the Sports department to the Chief Minister until the report of the investigation comes out,” he said.

The woman held a press conference at the office of the opposition party Indian National Lok Dal (INLD), which has demanded that the Manohar Lal Khattar government immediately sack Sandeep Singh and set up a Special Investigation Team to probe the matter.

The complainant said Mr Singh had first seen her at a gym and then contacted her on Instagram.

The minister later kept insisting that they meet up, she said. “He messaged me on Instagram and said my national games certificate is pending and wanted to meet in this regard,” she added.

“Unfortunately, my certificate has been misplaced by my federation and I have been taking it up with the authorities concerned.”

The woman said she finally agreed to meet him at his residence-cum-camp office here with some other documents she had, and alleged that when she went there, the minister indulged in sexual misconduct.

Sandeep Singh, sitting BJP MLA from Pehowa in Kurukshetra, is also a professional field hockey player, and was the captain of the Indian national hockey team.

A biopic was released based on Mr Singh in 2018, titled ‘Soorma’, in which popular Punjabi singer and actor Diljit Dosanjh played his role. He was also a judge on the reality TV show MTV Roadies.

He rose to fame after a miraculous recovery from a gun shot wound when he was 20. Mr Singh was accidentally shot by an assistant sub-inspector of the Railways Police Force, on board a train to Delhi, just two days before the 2007 Hockey World Cup, rendering him paralysed from the waist down for a year.