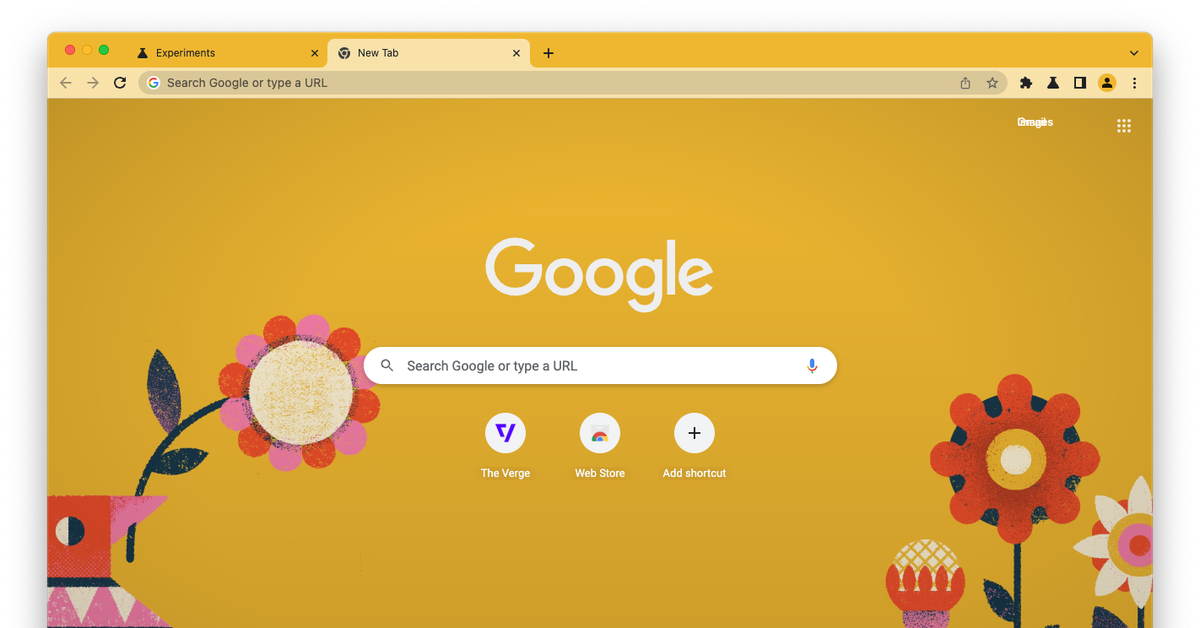 The latest Canary build of Google Chrome includes a neat feature that automatically picks a color scheme for the browser based on the wallpaper shown when you open a new tab. The feature was first spotted by u/Leopeva64-2 over on Reddit, who shows how changing the new tab wallpaper automatically adjusts the color scheme of the browser’s address bar and interface. It’s previously been possible to manually change Chrome’s color scheme to one of your choosing, but this simplifies the process.

According to Google’s software, the feature “enables setting theme color based on background image color when background image is changed in New Tab Page,” and is available on Mac, Windows, and Linux, as well as Google’s own ChromeOS and Fuchsia operating systems.

We were able to turn on the “Customize Chrome Color Extraction” feature in version 110 of Chrome’s Canary build (specifically 110.0.5418.0) to test it ourselves. It seemed to work best with more colorful wallpapers, whereas darker backgrounds tended to make Chrome’s interface a muddy black, brown, or gray — not much of an improvement over its default color scheme. We were able to get it working with Google’s own wallpapers, although the automatic color theming option didn’t work when we uploaded our own image. It’s unclear if this is a bug or by design.

The feature isn’t enabled by default. Instead, if you want to try it out, you’ll need to enable the Chrome flag “chrome://flags/#customize-chrome-color-extraction.” Once it’s turned on, open a new Chrome tab, click the pen icon on the bottom right of the new tab window, and select a new wallpaper to see its color scheme reflected in Chrome’s interface. Once you’ve selected a wallpaper, the color scheme persists across different tabs as you browse the web.

There’s no word on if or when the feature will get a wider rollout, but given it’s currently an opt-in feature on Google Chrome’s Canary build (which is the earliest beta version of its software), we wouldn’t expect it to get a widespread release for at least a few months.