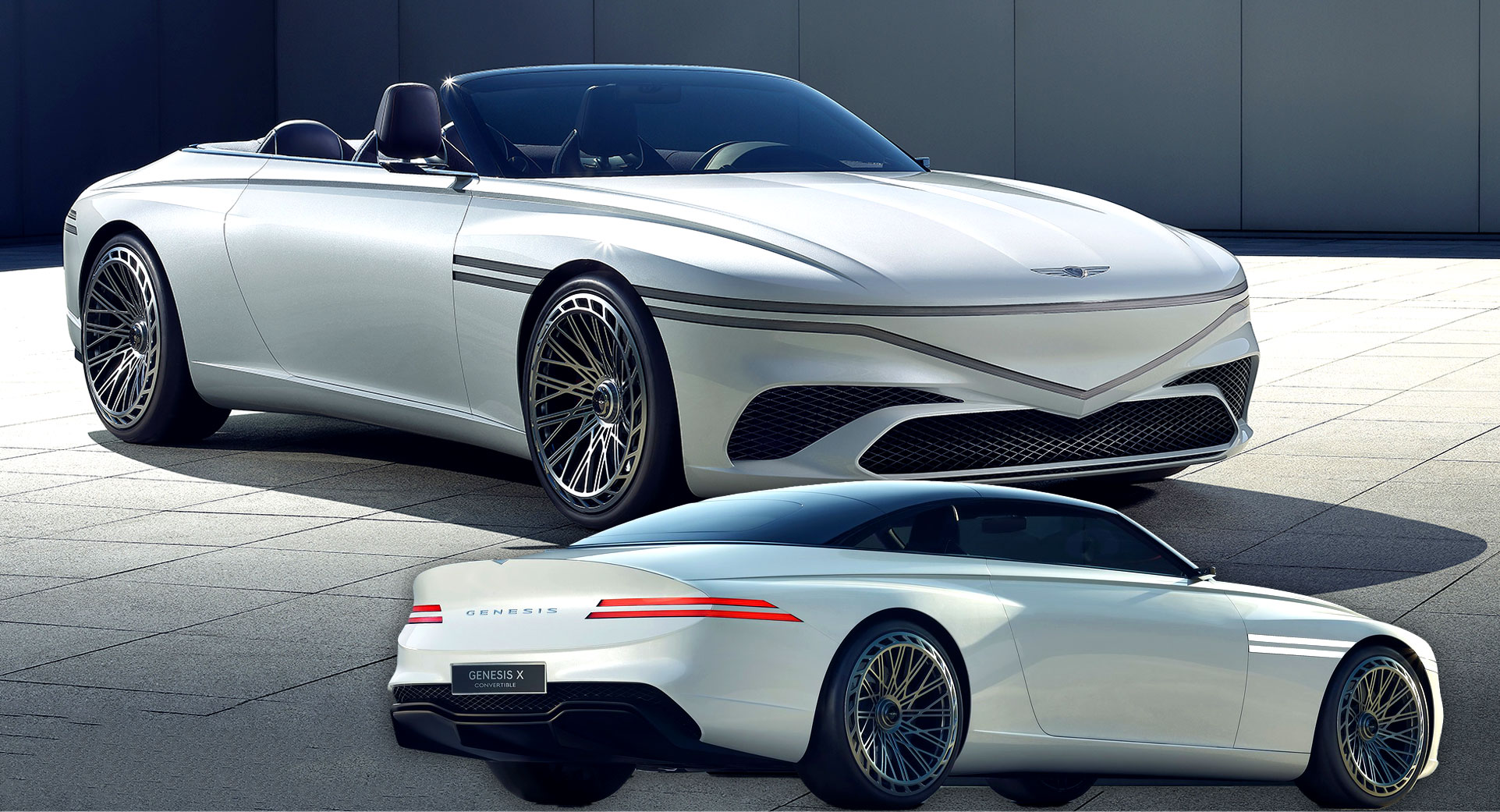 This is the Genesis X Convertible Concept, introduced as the third and final model in the automaker’s X concept trilogy.

Unveiled in California ahead of this week’s Los Angeles Auto Show, the Genesis X Convertible showcases the brand’s Athletic Elegance design language in its purest form. It shares both its architecture and electric powertrain with the X Concept from 2021 and the X Speedium Coupe concept of 2022, while also having a similar design to those two models.

The gorgeous concept immediately makes an impression because of the long bonnet and short front overhang. It stands out even further thanks to the brand’s familiar Quad Lights at the front which, like they did in the Speedium X Concept, form an LED light bar and an outline of the Crest Grille found on Genesis’s ICE models. Helping to keep the powertrain cool are the lower openings in the front bumper. 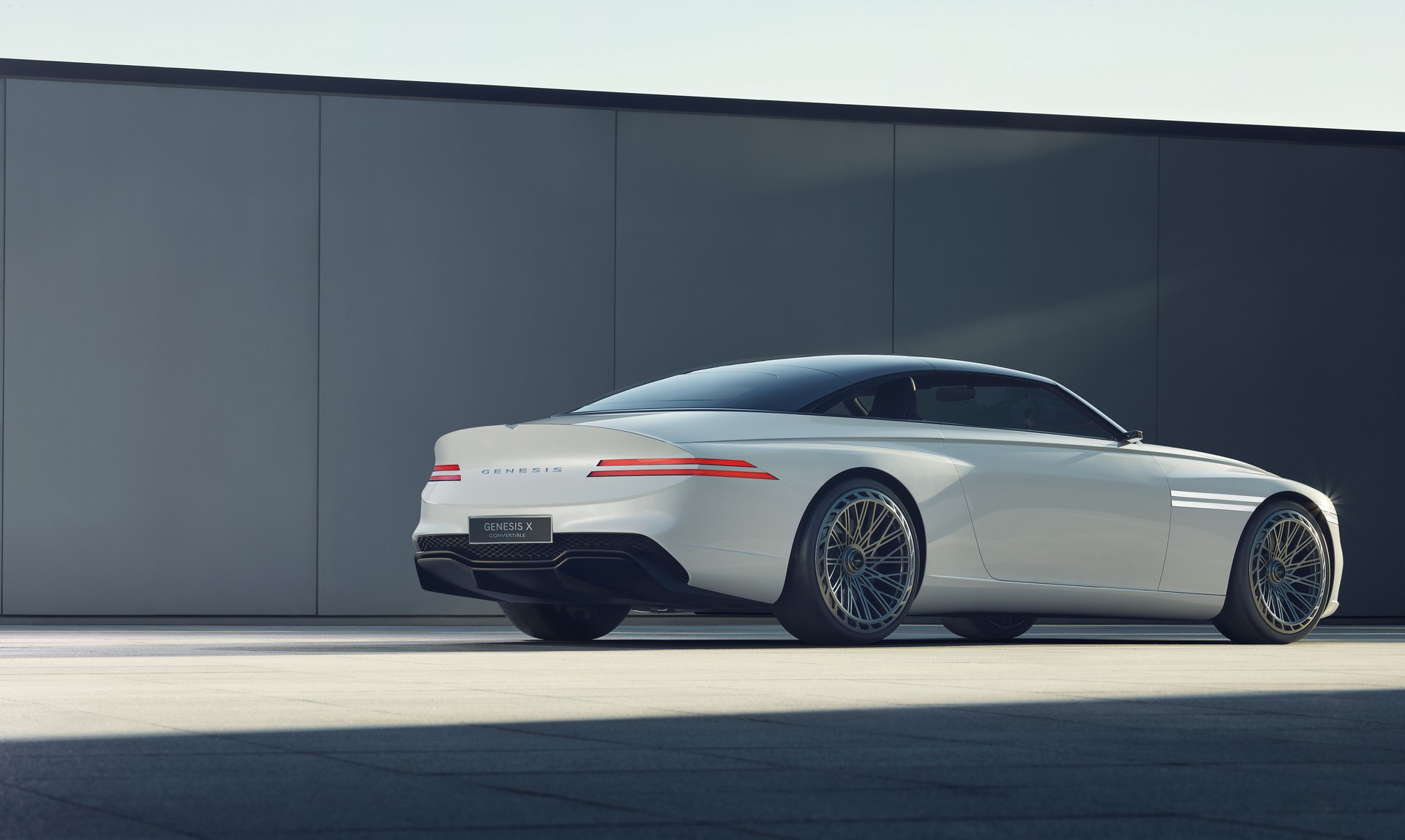 The profile of the concept is made even sleeker with sharp creases above the front and rear wheels, as well as the pronounced line stretching from the front of the hood through to the lip spoiler on the decklid. Genesis calls this the anti-wedge ‘Parabolic Line’ and says that it “emphasizes the regal character of the profile, creating tension between the full surfaces through a gently rearward-sloping horizontal belt line.”

Visible at the rear of the latest Genesis concept are horizontal quad rear lights. The aforementioned lip spoiler on the decklid also catches the eye thanks to a thin LED light complete with a V-shaped indentation. The concept also features a folding hardtop with transparent moon roofs above the front occupants. Rounding off the exterior design are wheels with a complex G-Matrix pattern and concave design. 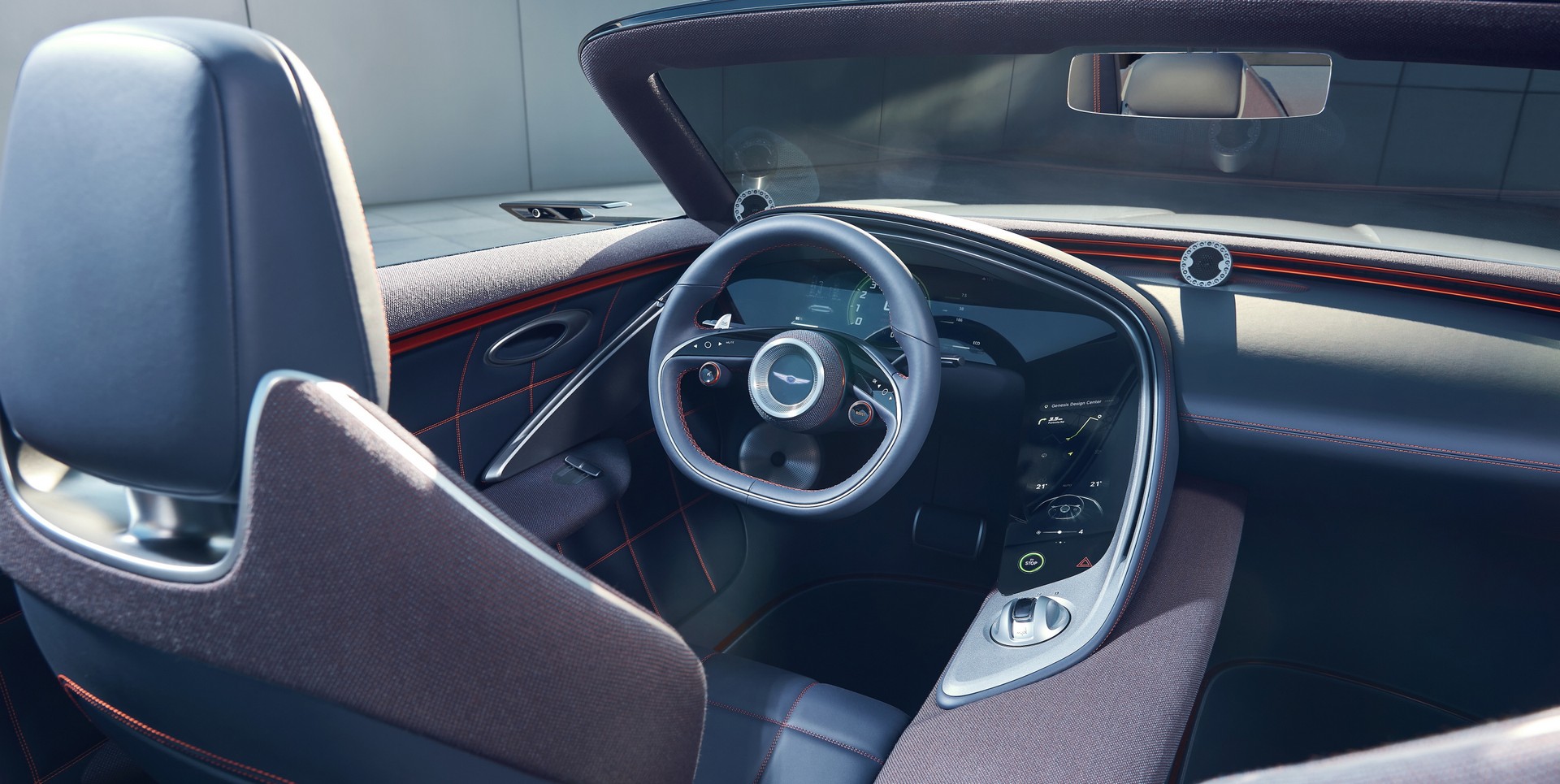 Genesis has crafted an interior just as stunning as the exterior. It incorporates a wraparound instrument panel and is adorned in a mixture of recyclable wool fabric and leather, primarily finished in a shade dubbed Giwa Navy but a number of Dancheong Orange accents are also found throughout. An immersive audio system developed by sound master Guk-il Yu is also featured.

“It is the normal development of Genesis to increase the athletic and emotional facet of our design philosophy by creating an emotional trilogy: the X family,” Genesis chief creative officer Luc Donckerwolke described. “Innovation is the catalyst to becoming more engaged with the environment around us. We are in the process of transitioning Genesis into a company that will deliver products for customers to enjoy.”