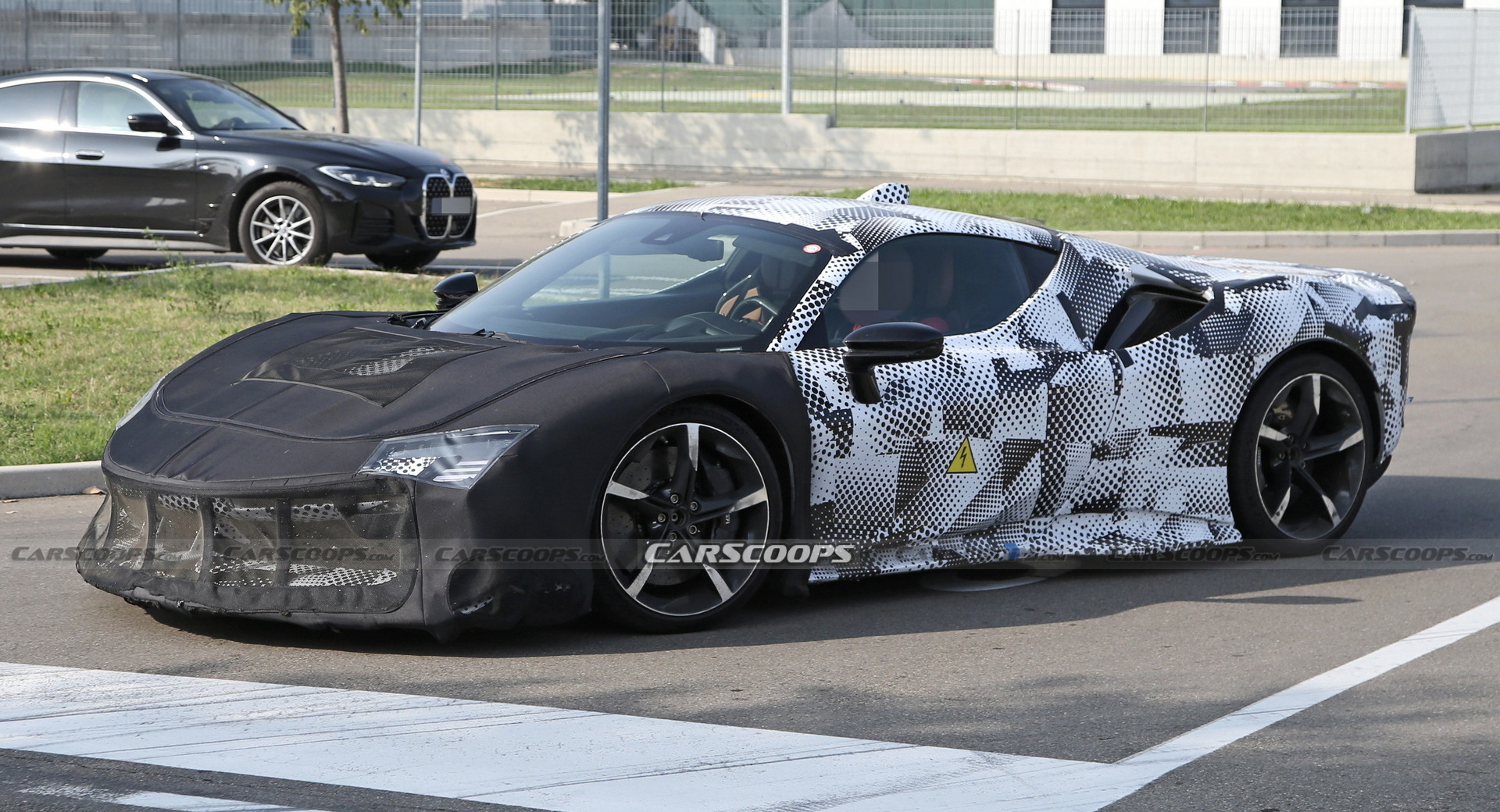 Ferrari is once again testing a high-performance version of its top-performing road car, the SF90. Seen here with heavy camouflage at the front and lighter camouflage around the back and sides, the model may be a prototype of the upcoming “Versione Speciale.”

The heavy black fabric at the front suggests that updates will be coming to that end of the car. The jutting front lip suggests that the prancing horse is working to add more front-end downforce to the mid-engine hybrid supercar.

Along the sides, there appear to be new side skirts that will help direct the air around the vehicle. It may also be a trick of the light, but the rear end of the car seems to be longer than on the standard SF90. Maybe Ferrari is working on its own long-tail supercar to join the likes of the Pagani Codalunga. 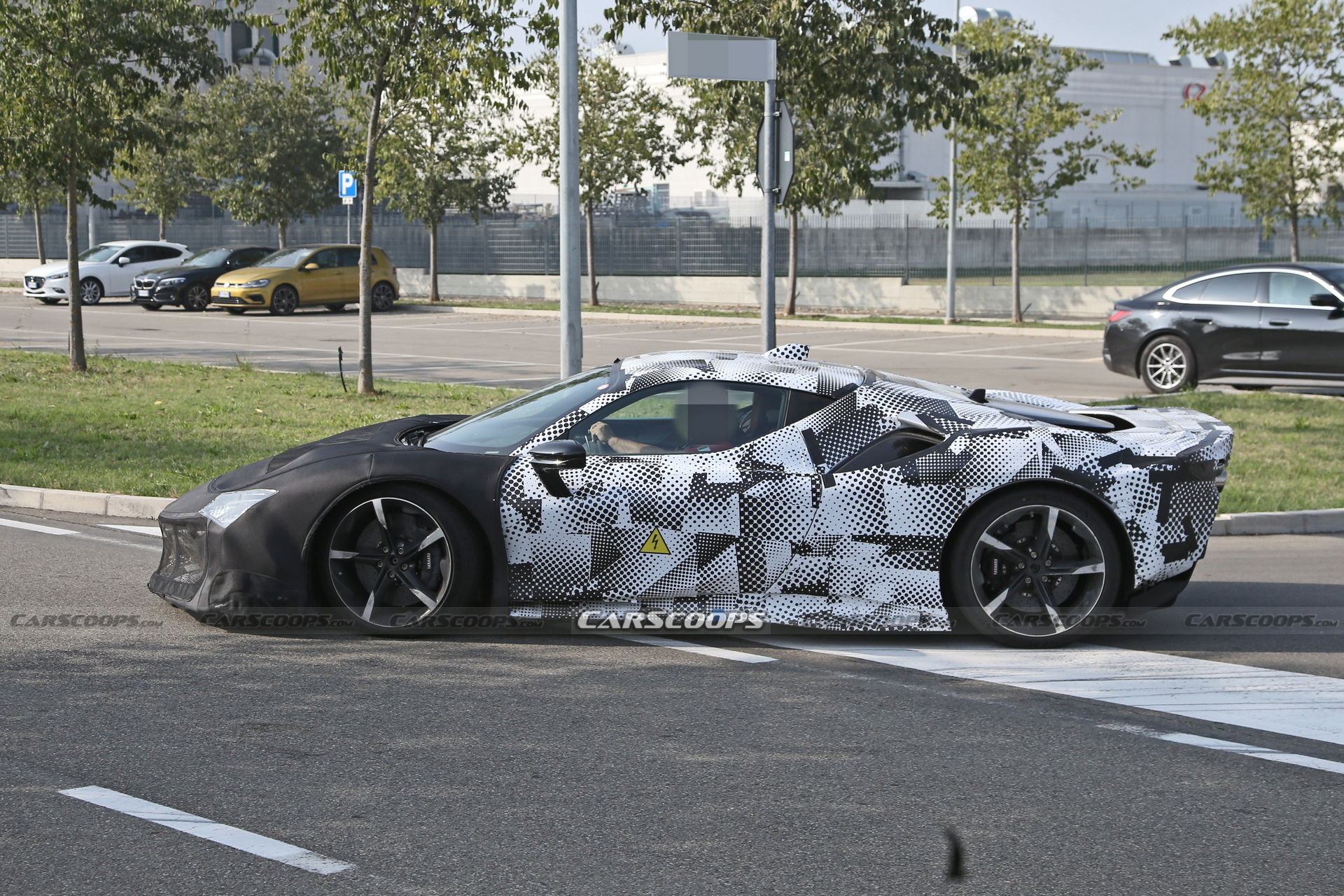 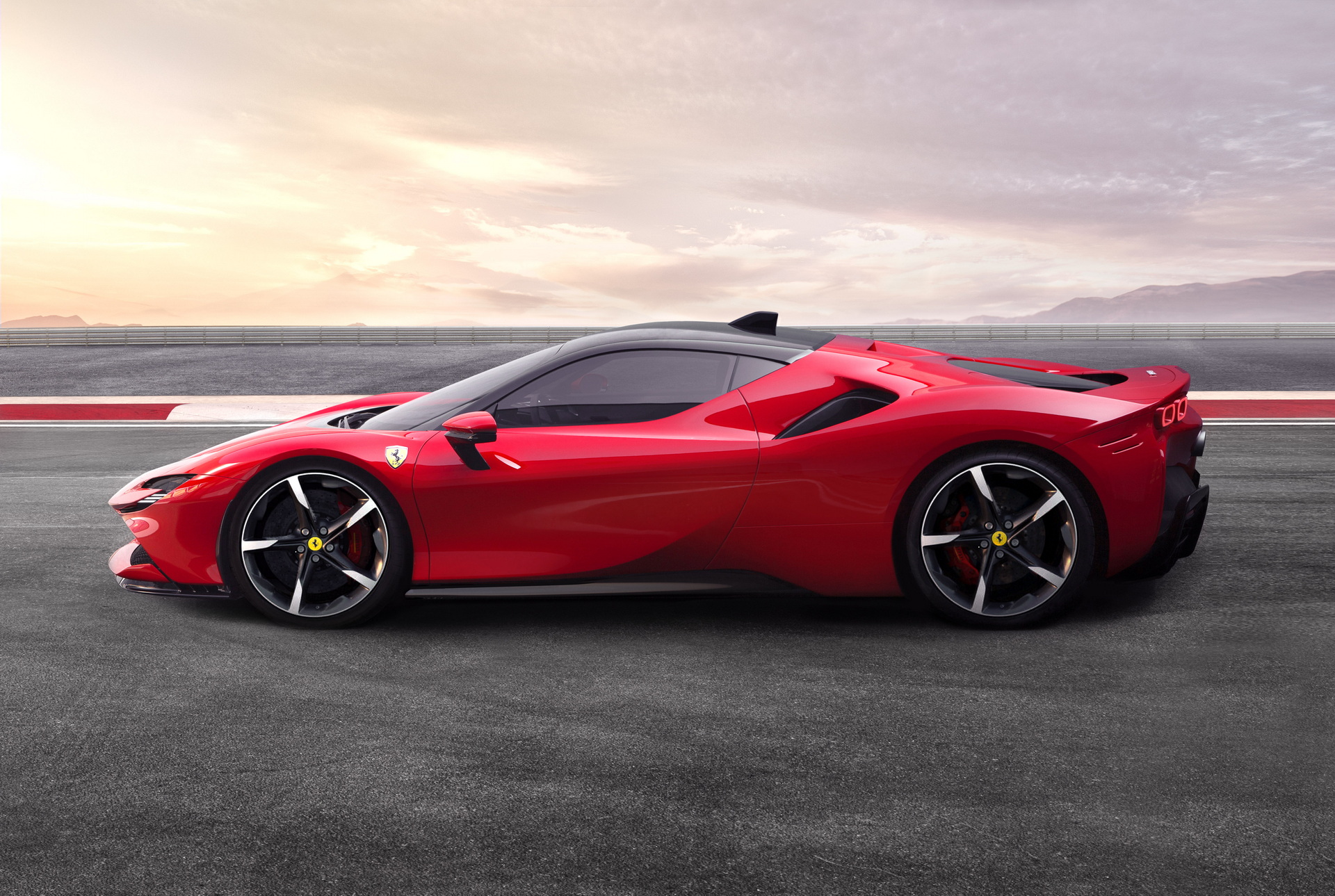 This isn’t the first time an SF90 was caught testing by our spy photographers. In September, the Italian automaker was in Germany, testing a big-winged version of the car at the Nürburgring.

Although its plans for the models remain unknown, this version’s rear end does not have a big rear wing, nor does it have modifications lower down near the tailpipes, like that model. That may then suggest that the big-winged version is the SF90 XX, a track-only version for Ferrari’s best customers, while this could be the Versione Speciale, a focused performer that remains road legal.

Unfortunately, Ferrari is being typically tight-lipped about all of its plans for the SF90 platform, so what’s happening under the hood remains a mystery. Modifications to the hybrid drivetrain are anticipated, though, to push it past its current high point of 986 hp (735 kW/1,000 PS).

While many question marks remain, it’s clear that Ferrari is hard at work on the future of its highest-performance vehicle, and more information should be available soon.