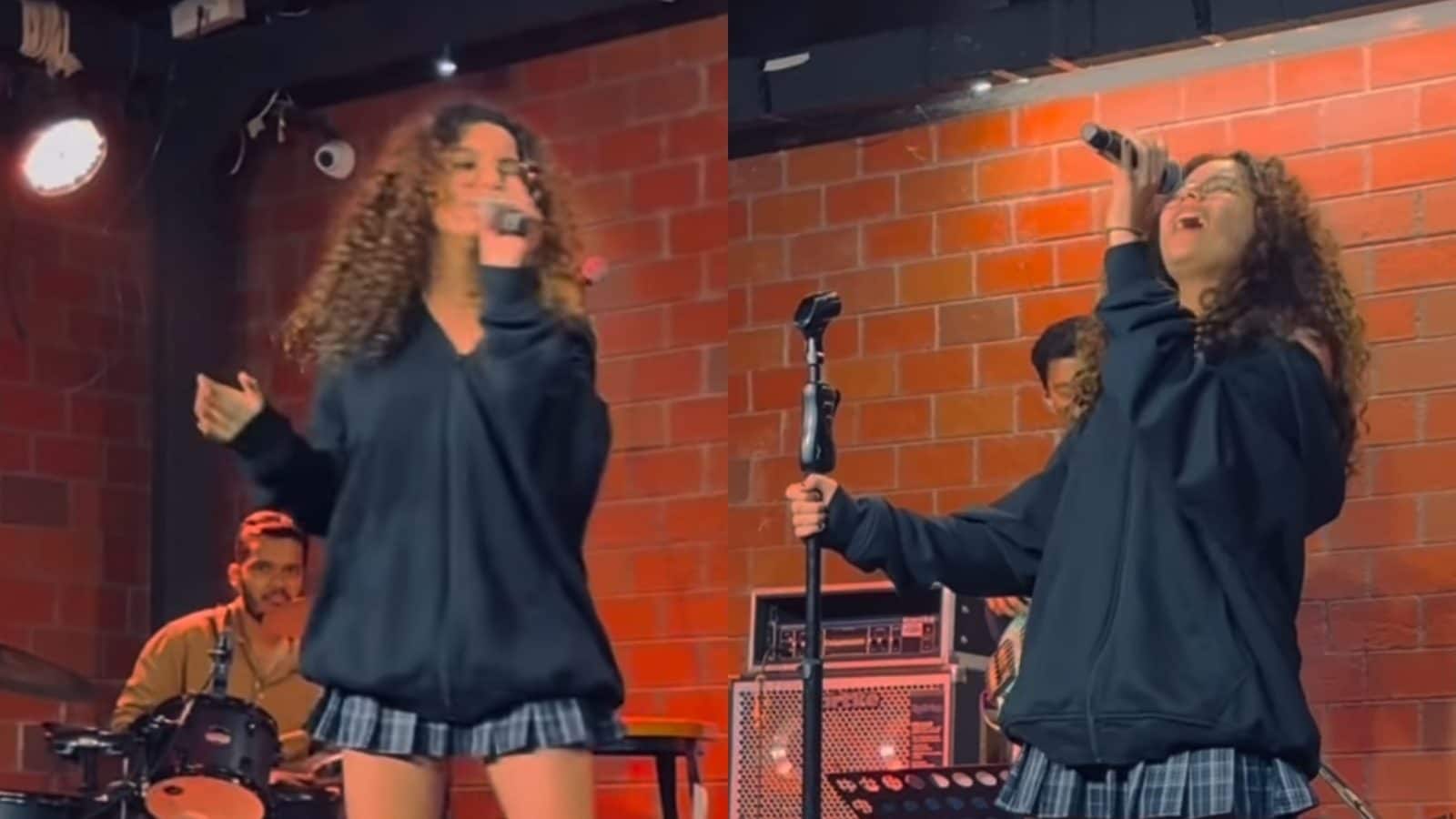 Besides being a talented actor, director and producer, Farhan Akhtar’s impressive musical endeavours is no secret for his fans. From singing iconic songs for films like Rock On, Zindagi Milegi Na Dobara, Dil Dhadakne Do, Wazir etc, he has proven his mettle in music over and over again. But it seems the Bhaag Milkha Bhaag actor has also passed those genes down to daughter Akira Akhtar as evident from a video he shared on his social media handle.

On Friday, Farhan took to his Instagram handle to post a clip of his daughter Akira singing a cover of Tori Kelly’s upbeat song Don’t You Worry ‘Bout A Thing in an indoor concert with utmost passion. Not only that, Akira was complimented by her bandmates who played drums, lead guitar and bass guitar hence embellishing the song even more.

Sharing the video fo Akira’s performance, The Sky Is Pink actor wrote in the caption, “You’ve come a long way @akiraakhtar. Keep going! The world is your oyster(with a red heart emoji)”. Tagging Shannon Donald, a vocal coach, Farhan said, “Big hug(you know why)” Then the actor went on to tag the accompanying bandmates in his wholesome shoutout.

Responding to the video, several fans were quick to leave their compliments also including celebs like Akira’s mother Adhuna Bhabani, Farhan’s wife Shibani Dandekar, Vishal Dadlani, Ehsaan Noorani, Aditi Singh Sharma, Sukriti Kakkar and many others. Shibani wrote, “What a (star emoji and heart emoji)”. Vishal Dadlani said, “Legit!” Anusha Mani commented, “Amazing (with three heart emojis)”. On the other hand, one of the fans wrote, “This is incredible! Remember how she sang in front of Chris Martin. That confidence is just rising and rising! Super amazing!”

Akhtar married Adhuna Bhabani in 2000, after being in a relationship with her for 3 years. They first met during the filming of his directorial debut Dil Chahta Hai, which also marked Bhabani’s debut as a Bollywood hairstylist. They have two daughters – Shakya and Akira. On 21 January 2016, they announced their separation after 16 years of marriage. Farhan tied the knot with Shibani in February 2022.