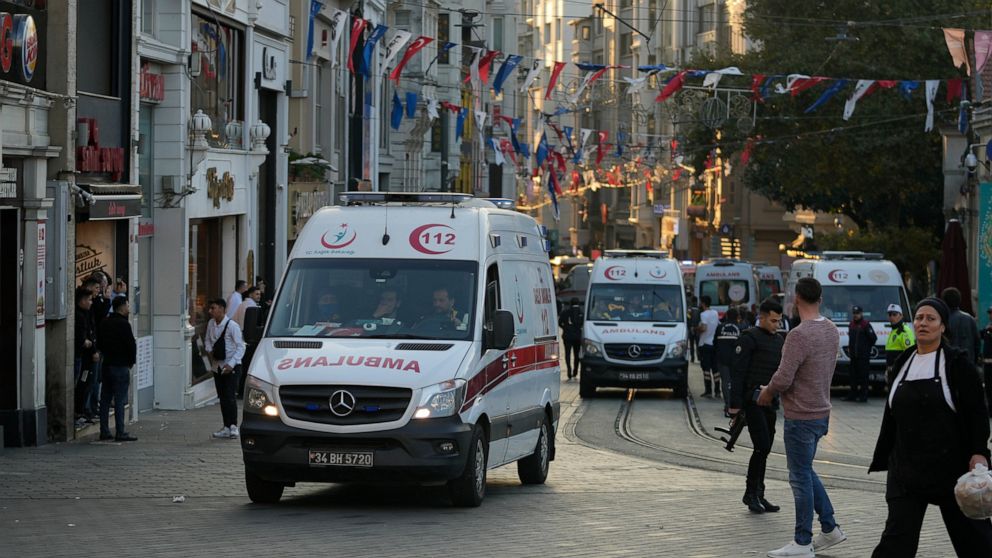 ISTANBUL — An explosion on one of Istanbul’s most popular pedestrian thoroughfares killed four people and injured 38 on Sunday, authorities said.

The cause of the blast on Istiklal Avenue was not immediately clear. Five prosecutors were assigned to investigate the explosion, state-run Anadolu news agency said.

A video posted online showed flames erupting and a loud bang, as pedestrians turned and ran away. Other footage showed ambulances, fire trucks and police at the scene. Social media users said shops were shuttered and the avenue closed down.

Turkey’s media watchdog imposed a temporary ban on reporting on the explosion — a move that prevents broadcasters from showing videos of the moment of the blast or its aftermath. The Supreme Council of Radio and Television has imposed similar bans in the past, following attacks and accidents.

Istanbul Gov. Ali Yerlikaya tweeted the death toll and said those hurt were being treated.

Turkey was hit by a string of deadly bombings between 2015 and 2017 by the Islamic State group and outlawed Kurdish groups.